Two Kenosha, Wis., police officers deployed stun guns in failed attempts to stop Jacob Blake Jr. before one of the officers shot him multiple times in the back with a gun, the Wisconsin Department of Justice said on Friday, unveiling new details of its probe into the shooting.

The state’s Justice Department, which had previously identified Rusten Sheskey as the officer at the scene who shot Blake with a gun, for the first time on Friday disclosed the names of two additional officers who were at the scene: Vincent Arenas and Brittany Meronek.

The shooting of Blake, a Black man, on Sunday afternoon, sparked several nights of protests.

Accused teenager to remain in Illinois

Also on Friday, a judge in Illinois agreed to delay a month-long decision on whether a 17-year-old from Illinois should be returned to Wisconsin to face charges accusing him of fatally shooting two protesters and wounding a third during a night of unrest following the shooting of Jacob Blake in Kenosha.

The Illinois judge postponed Kyle Rittenhouse’s extradition hearing to Sept. 25 during a brief hearing that was streamed online. Rittenhouse faces five felony charges, including first-degree intentional homicide and first-degree reckless homicide, and a misdemeanor charge for possession of a dangerous weapon by a minor.

Rittenhouse did not appear in the livestreamed hearing, where his lawyer Jennifer Snyder, an assistant public defender in Lake County, Ill., asked for the delay. The judge said Rittenhouse had been permitted to speak by phone with his mother and was in the process of hiring a lawyer.

However, lawyer John Pierce told Reuters on Thursday that he and colleagues at the firm Pierce Bainbridge had been retained to represent the teenager and were determined to obtain justice for him. L. Lin Wood, another member of the Rittenhouse’s legal team, told CBS News his client had acted in self-defence.

“He was not there to create trouble, but he found himself with his life threatened, and he had the right to protect himself,” Wood said.

Sunday’s police shooting, in which Blake was gunned down and left paralyzed, turned Kenosha, a predominantly white city of about 100,000 residents on Lake Michigan, into the latest flashpoint in a summer of protests in the United States over police brutality and racism.

Rittenhouse, a resident of Antioch, Ill., whose arrest warrant listed his occupation as a lifeguard, is accused of shooting three protesters, two fatally, during demonstrations on Tuesday night in Kenosha.

Video footage from Tuesday’s incident shows a young, white gunman firing an assault-style rifle at protesters who tried to subdue him, then walking calmly away from the scene, hands in the air — with his rifle slung around his neck — as several police vehicles drive by without stopping him.

According to the criminal complaint, another video shows Rittenhouse saying, “I just killed somebody,” after shooting one of his alleged victims, 36-year-old Joseph Rosenbaum, who was gunned down in the parking lot of a used-car dealer. The other deceased victim has been identified as 26-year-old Anthony Huber.

WATCH | The gunman is seen walking, unimpeded, past police cars in Kenosha, Wis.:

Gunfire erupted overnight at a protest in support of Jacob Blake, who was shot several times during an encounter with police in Kenosha, Wis., and remains in hospital. 1:00

The renewed drive for racial justice across the United States was ignited on May 25 when George Floyd, a Black man in Minneapolis, died in police custody under the knee of a white officer.

Protesters planned a march on Washington on Friday, commemorating the anniversary of the 1963 rally where civil rights leader Martin Luther King Jr. delivered his “I Have a Dream” speech.

The civil strife of recent months has drawn comparisons to the outpouring of anger and civil unrest that flared after King’s assassination in 1968.

In Kenosha, three nights of skirmishes between protesters and police in riot gear following Blake’s shooting gave way on Wednesday and Thursday to peaceful, smaller demonstrations.

The police officers involved in the Kenosha incident, including Sheskey, a seven-year veteran of the police force identified by authorities as having fired all seven shots at Blake from directly behind him, have been placed on leave.

Blake’s family and protesters have demanded the officers be fired and prosecuted. The investigation has been turned over to the Wisconsin Justice Department, while the U.S. Justice Department has opened a civil rights inquiry.

Wisconsin Attorney General Josh Kaul said on Wednesday the confrontation stemmed from a domestic complaint lodged by a girlfriend, and that investigators had recovered a knife from the front floorboard of the car that Blake was leaning into when he was shot from behind at point-blank range.

Blake’s lead lawyer, civil rights lawyer Ben Crump, said his client had no knife in his possession and did nothing to provoke or threaten police before he was shot.

Crump said Tuesday that it would “take a miracle” for Blake to walk again. He called for the arrest of Sheskey and for the others involved to lose their jobs. State officials have announced no charges.

Blake’s father told the Chicago Sun-Times on Thursday that he was upset to learn his son was handcuffed to the hospital bed. “He can’t go anywhere. Why do you have him cuffed to the bed?”

Fri Aug 28 , 2020
Share on Facebook Tweet it Share on Google Pin it Share it Email Pin it Illustration: Xaviera Altena/Guardian Pin it As a comedian, it would be an absolute honour for someone to walk up to me after a gig and tell me they’d wet themselves thanks to one of my […] 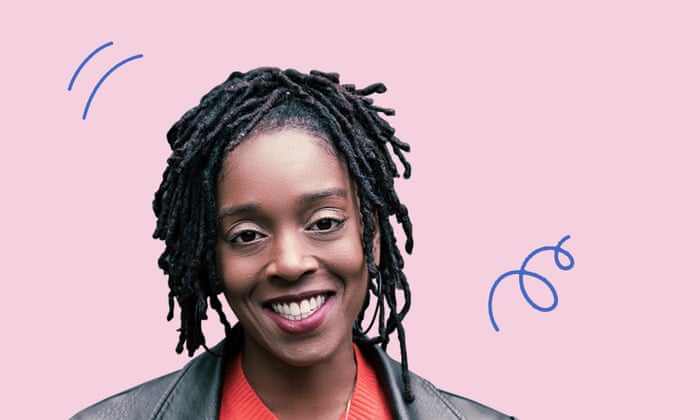