A video game victory based in World War II

Much has been made about the rich and inclusive story in this year’s edition of the popular Call of Duty video game franchise.

That may be, but “Call of Duty: Vanguard,” out Friday for PlayStation 5, PS4, Xbox Series X/S, Xbox One and PCs ($59.99-up, rated Mature for ages 17 and up) wastes little time on exposition at the outset. Instead, the single-player story mode drops you right into the action of World War II.

You are part of a team of special forces soldiers trying to commandeer a German train buzzing toward Hamburg. It’s fast and frenetic fighting as you and your five teammates vault back and forth between the cars of two trains propelling ahead in parallel. You must dodge gunfire from Nazis on both rail lines and German military trucks buzzing between the set of tracks.

Your team, led by Sgt. Arthur Kingsley, a Black multilingual British Army officer, discovers that the Germans have some secret plan hatched, with the war winding down not in the Nazis’ favor. Their investigation leads to – semi-spoiler here – the team’s capture and sets up an intriguing story device.

►Apple AirPods:Apple’s third generation of its popular AirPods is available. Are they worth the upgrade?

As the captured characters are taken in for questioning by a Nazi officer, we get each one’s backstory in flashback. This is a device that doesn’t always work in movies, books or games, but feels appropriate here.

Each character’s hero’s journey involves a different type of mission. Stealth is vital in Kingsley’s goal to rendezvous with fellow paratroopers who landed in France ahead of D-Day. And it’s important again after fighter pilot Wade Jackson crash lands on the Bougainville Island in the Pacific and must make his way through a jungle full of Japanese troops to rescue his gunner.

Dexterity and quickness is needed when you play as Polina Petrova, before she takes up a sniper rifle and becomes the most feared female shooter in Stalingrad. Particularly challenging is guiding her to a takedown of a genuinely malicious Nazi character. Later, she’s responsible for overwatch of her brother and other fighters in Stalingrad, and then of the special forces squad – and as a sniper you feel that duty.

You will want to focus on a good grenade aim when playing as Australian explosives expert Lucas Riggs, one of the Rats of Tobruk, the Australian troops in North Africa who held off Gen. Erwin Rommel’s desert tank forces.

Eventually, some military chief decides to put this disparate group together and send them on the secret mission at the heart of “Call of Duty: Vanguard.” Hitler is dead, but some uber-Nazis are planning a Fourth Reich. You and the squad must stop that from happening.

Using a leadership focus function – push the up button on the PlayStation 5 – is critical when the squad must fight off villains called jagermorders, nearly unstoppable soldiers deployed by the Führer’s successor who spew off smoke cover making them harder to target. You won’t want to take them on alone; point the squad in their direction and attack when prudent.

Finishing the fight took about 11 hours on Regular mode, and I thoroughly enjoyed the adventure. There have been some nits to pick. A vanquished bad guy floated in midair suspended halfway through a door at one point. Occasionally, an enemy patrol would walk right and not notice me if I moved from prone to standing to shoot. Again, this could be because I’m playing on the relatively easy Regular difficulty – a man’s got to know his limitations. 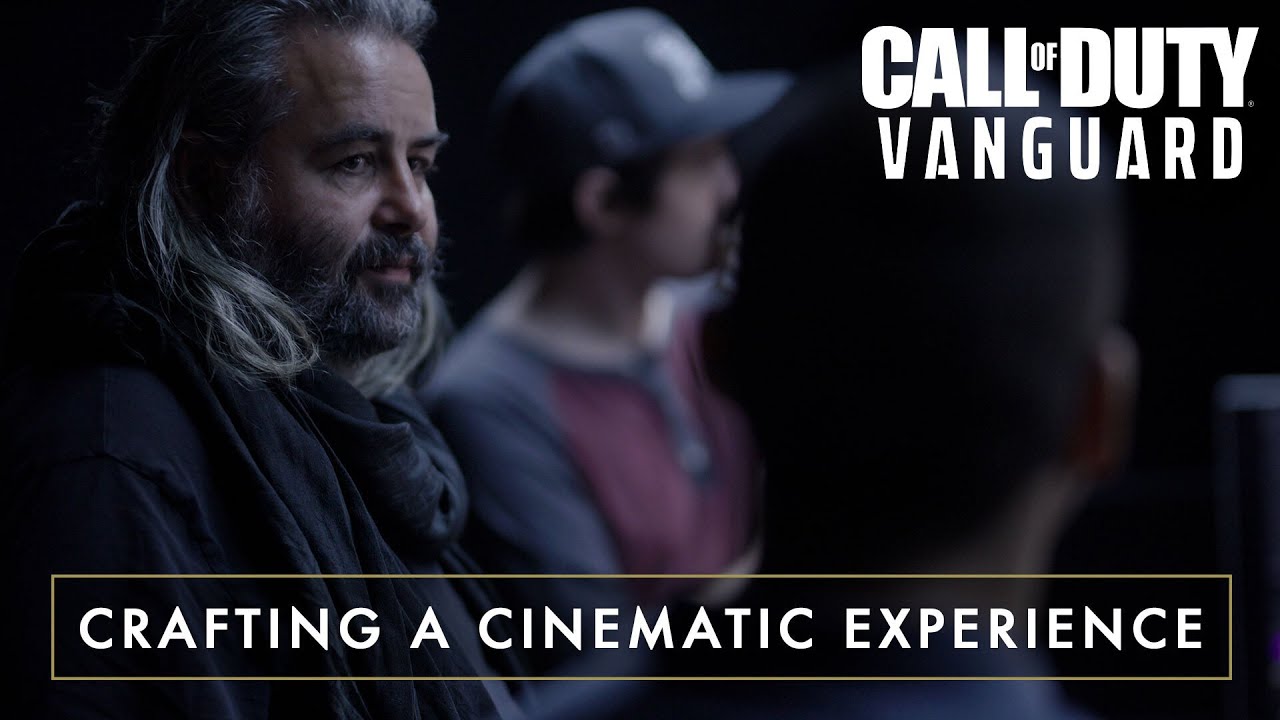 Speaking of violence, there are some pretty bloody battle depictions here.  A reminder: The game is rated “Mature” for ages 17-up, by the Entertainment Software Rating Board, for blood and gore, and strong language. There is a Graphic Content setting you can switch from On to Off, which should tame down the effects, if you wish.

But overall, the game’s storyline, its sensurround-like effects of bombers pummeling Stalingrad, and challenging combat – the fast-moving dogfights in the skies over the Pacific, for example – have all been masterful.

And, I do hope the game leads players to learn more about the real-world fighters these characters are based on – and the history of the 93rd Infantry, a U.S. Army unit of Black soldiers, which in the game assists Jackson in his mission. Diversity and inclusion were touchstones for the Activision-owned studio Sledgehammer Games, which developed “Call of Duty: Vanguard” and had previously created Call of Duty: WWII, released in 2017.

When players finish the story campaign, there’s plenty more in “Call of Duty: Vanguard” including multiplayer battles and you can kill zombies in the continuation of a story begun in the Zombies mode from last year’s “Call of Duty: Black Ops Cold War.”