Andrew Wilkinson has resigned as leader of the B.C. Liberal Party, two days after the party had its worst provincial election outcome in decades.

Wilkinson announced his resignation in a very brief address to the media on Monday. He said he has asked the party’s president to begin the work to find his successor and that he will step down when his replacement is found.

“Leading the B.C. Liberals has been a great honour, but now it’s time for me to make room for someone else to take over this role,” he said.

Wilkinson took no questions from reporters.

Saturday night’s election results saw John Horgan’s B.C. NDP capture a majority of seats, a disastrous outcome for the Liberals that led to the possibility that Wilkinson, who was elected leader in 2018, would lose leadership of his party.

The Liberals face a projected loss of 12 seats in the legislature after voting day. As many as 525,000 mail-in ballots will be counted in the next two weeks. 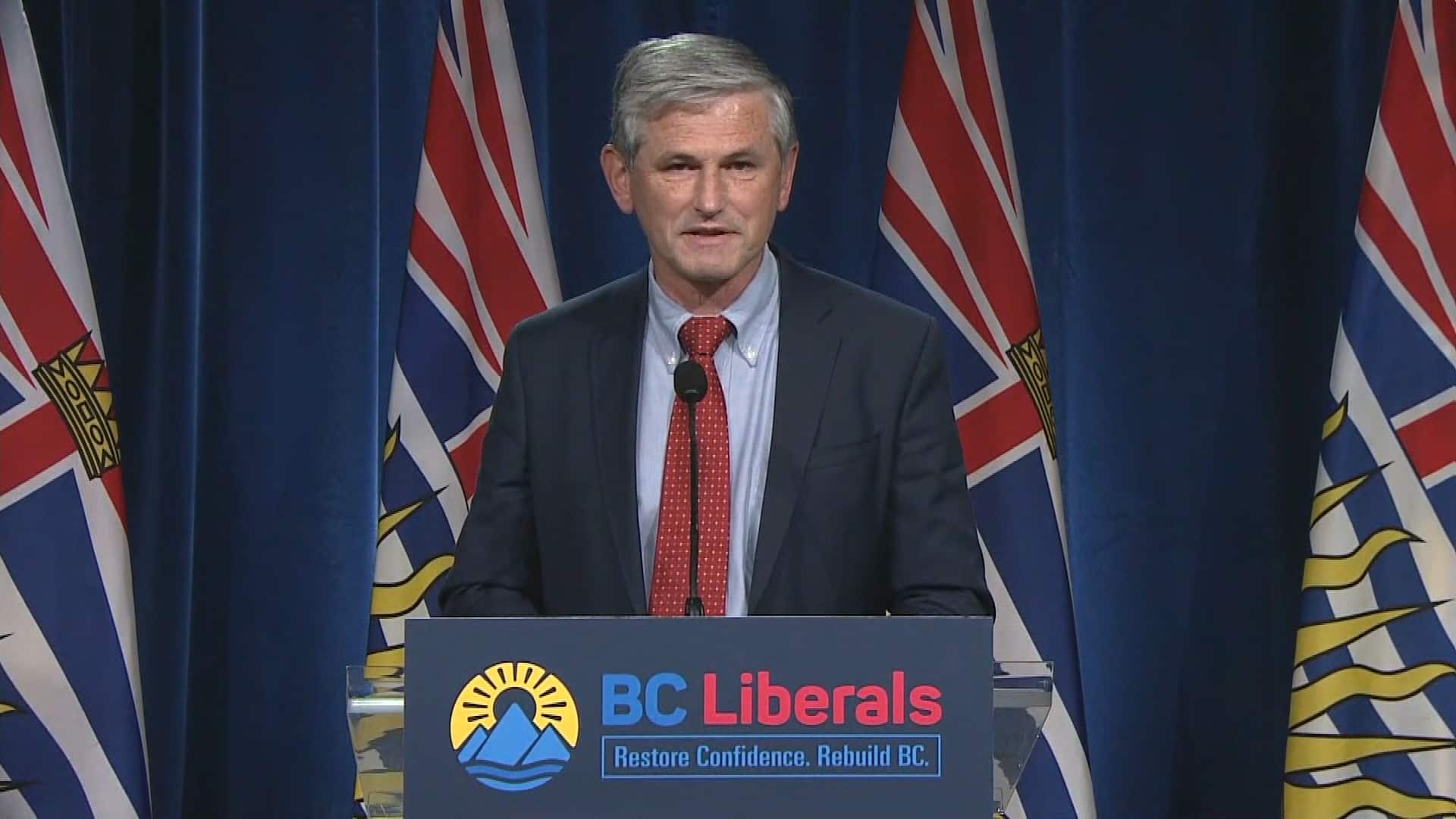 The announcement comes after a disastrous outcome for the B.C. Liberals in Saturday’s provincial election. 1:40

The B.C. NDP is projected to take 55 of B.C.’s 87 ridings, compared to 29 for the Liberals and three for the Green Party.

It will be the first majority government for the NDP in British Columbia since 1996, and while the B.C. Liberals will stand as the Official Opposition, it will be with the lowest seat count the party has had since 1991.

Wilkinson, 63, served in several cabinet positions when in government, including minister of justice and advanced education.

Wilkinson addressed constituents and the media Saturday night. He acknowledged the NDP were “clearly ahead” based on preliminary results, but did not concede, saying the race wasn’t over until the mail-in ballot count.

“We’ll have more to say going forward but for now we all have a responsibility to be patient, to respect the democratic process and to await the final results,” he said before leaving the stage at his campaign headquarters.

But Wilkinson appeared to concede on Sunday evening, saying he phoned Horgan around 5 p.m. PT to offer his congratulations.

“The people of B.C. have spoken,” Wilkinson wrote in a tweet.

Horgan thanked Wilkinson for his dedication to the people of B.C., acknowledging the challenge he faced serving as Opposition leader.

“I’ve done that job, and I’ve often said it is the toughest job in politics,” Horgan said in a statement. “Mr. Wilkinson led the Official Opposition through a very challenging time for our province. He ran a spirited campaign and I wish him the best in the future.”

Wilkinson seemed to have trouble connecting with voters during the campaign.

He made comments about renting being a “wacky time of life” and described domestic violence victims as “people who are in a tough marriage“.

Wilkinson also did not immediately face the press after sexist comments were made by candidate Jane Thornthwaite during a video conversation he was a part of.

LISTEN: Dianne Watts, former mayor of Surrey and runner up in the last B.C. Liberal Party leadership race – shares what she believes went wrong for the party this election and where it can go from here. <a href=”https://t.co/nDohZKP8Pk”>pic.twitter.com/nDohZKP8Pk</a>

When asked if she was up for the task of replacing Wilkinson should the party look for a new leader, Watts laughed.

“Been there, done that, bought the T-shirt,” she said.

Longtime Liberal and Prince George-Valemount MLA Shirley Bond’s name has been floated as a possible replacement.

She told CBC’s Daybreak North on Monday it’s a role she is not considering.

“It’s not something I’ve ever aspired to,” she said.

Bond said she’s focused on serving her constituents and is looking forward to being part of a Liberal party that will need to explore what it will take to resonate further with British Columbians.

“My job is to be part of this team as it asks some really hard questions about did we do, what do we need to do and how do we begin to re-engage with British Columbians in every corner of this province,” Bond said.