This column is an opinion by Paris Marx, a socialist writer and host of the Tech Won’t Save Us podcast. Marx is a past member of the NDP and Green parties, but not currently affiliated with a political party or organization. For more information about CBC’s Opinion section, please see the FAQ.

On Oct. 26, voters in Toronto Centre sent a Liberal MP back to Ottawa rather than the Green Party’s new leader Annamie Paul. The byelection comes at a crossroads for the Greens.

While the Green Party has three MPs, it has struggled to increase its appeal even as the public has become more concerned about climate change. With other parties improving their climate policies, the Greens need to set themselves apart, but it’s not clear whether Paul’s centrist approach will do the job.

The Greens increased their vote share in Toronto Centre, mainly at the expense of the Liberals, and Paul said it should be a warning to them.

But with turnout dropping from 66 per cent in last year’s federal election to 31 per cent in the byelection, staunch Green voters may have just been more motivated than others to go to the polls. It’s not a clear sign the Green strategy of targeting Liberal votes is working.

Ahead of the 2019 federal election, the Green Party seemed poised to vastly increase its support, sometimes overtaking the NDP in national polls. Yet, when voters cast their ballots, the party failed even to match the vote share it achieved in 2008. Having squandered such an opportunity, Elizabeth May stepped aside after 13 years at the helm. Eight candidates participated in the leadership race that followed, with a clear divide between the party’s centrist and left wings.

Ultimately, Paul won the contest over ecosocialist Dimitri Lascaris on the eighth round, with 54 per cent to Lascaris’ 46 per cent. But those on the left of the party argue that Paul’s more centrist approach will continue to limit the party’s appeal.

This week’s byelection adds credence to their fears.

In political reporting, the Greens are often lumped together with the NDP as being on the left of Canadian politics, but this is a misunderstanding of where the Greens truly stand. The Greens promote an environmental version of third-way centrism, championing a slogan of “not left, not right, forward together.” A left-wing party would not be willing to work with the Conservatives, as May was after the 2019 election, or hold up legislation that would make it easier for workers to unionize, as the B.C. Greens did in 2017.

This can also be seen in the policies Paul promoted in her leadership campaign.

At a moment when many on the left are championing a Green New Deal or World War II-style mobilization to combat climate change and social inequality, Paul’s plan leans heavily on market-based policies such as a carbon tax and border carbon adjustment, and says little about how the party would ensure a just transition for workers to a new economy. 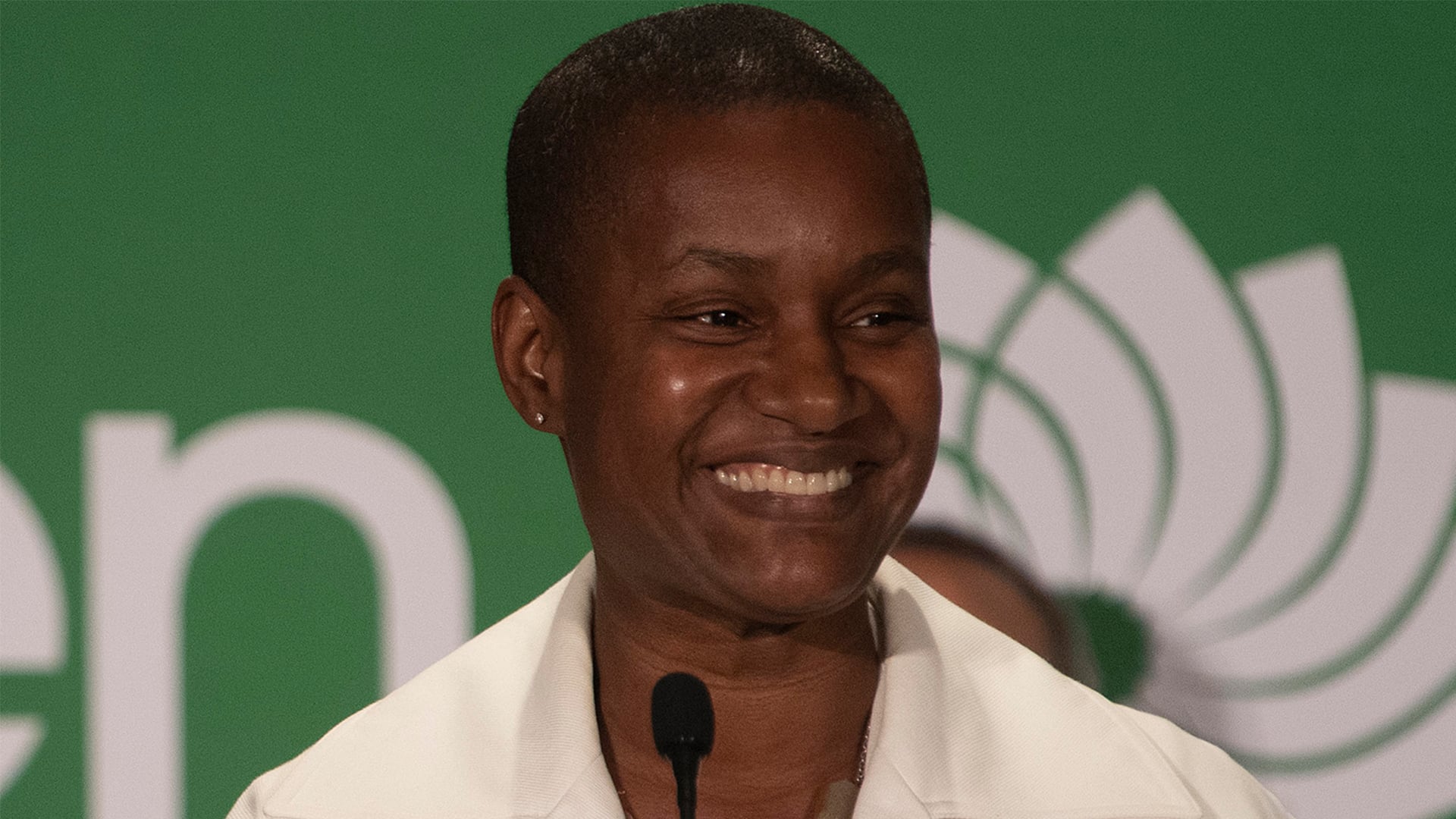 New Green Party Leader Annamie Paul talks to Ian Hanomansing about how she plans to grow the party’s profile and about making history as the first Black person to lead a major federal party. 4:00

Beyond climate policies, her foreign policy positions are also of concern to the left. Canadians for Justice and Peace in the Middle East and Independent Jewish Voices Canada ranked Paul the worst leadership candidate on Middle East policy issues for taking a “both sides are at fault” approach to the conflict, for example. While polling indicates a bolder stance would appeal to Canadians, these groups are worried there would be little difference between Paul’s foreign policy and that of the Liberal government.

Annamie Paul spoke with reporters after winning the Green Party’s leadership over the weekend. 2:42

That may be exactly how Paul’s centrist wing of the party wants it. The Greens are often where disaffected Liberals who care about the environment temporarily park their vote.

However, the Liberals have adopted a climate policy focused on market initiatives like a carbon tax, even if they don’t always follow through, and are embracing market-oriented social policies like a basic income, leaving little room for the Greens’ environmental twist on centrist politics.

It’s unlikely that calculus will change, limiting the Green party’s ability to attract new voters. People looking for a more progressive vision than the Liberals will be more likely to support the NDP, given that it has a greater chance to exert influence and its climate policy is based on a just transition for workers.

While Paul’s immediate task is to get a seat in the House of Commons, she also needs to think about the future. Without a new policy emphasis, there doesn’t seem to be a path to growth for the Greens unless more Liberals become disillusioned. Meanwhile, the left would argue the party should embrace an ambitious ecosocialist agenda which ensures a transition centres on the working class, but Paul wouldn’t even commit to reaching out to the party’s left after winning the leadership.

If Paul is unwilling to differentiate the Green Party, its uninspiring attempt at renewal may lead to stagnation.

Keep calm and borrow on: Chrystia Freeland on the new logic of deficit spending in a pandemic