This is it. “This is the performance to make it to the finale,” Kelly Clarkson said Monday night on “The Voice.”

With the finale just one week away, the Top 8 singers each had one more solo performance during Monday’s semifinal to convince America that they deserve to advance.

The stakes are equally high for the coaches because they’re “not guaranteed to have a representative in the finale,” host Carson Daly explained. Blake Shelton has an advantage with three singers, while Ariana Grande is down to her final act.

In addition to a solo performance, each Top 8 artist hit the stage a second time for an iconic 90s duet with another artist. “There’s a theme?” Shelton asked. Daly hit back, “You’ve worn the same thing since the 90s.” John Legend quipped, “He doesn’t  have his mullet, though.” Ouch.

Only five singers will advance to the finale.

Before we get to the Top 8 performances, where one contestant made “music history,” let’s talk about another trailblazer. Move over Legend, there’s another EGOT winner in the building.

Rita Moreno showed she still got it at 89 years old, showcasing her dance moves on “The Voice” while stopping by to promote “West Side Story” (out now in theaters).

“Way before I ever won an EGOT, she won one,” Legend said, paying tribute to the star who has “dominated every realm of entertainment.”

Here’s what happened during Monday’s semifinal:

Can Grande become the third new coach in the show’s history to win their first season? Her hopes rely solely on her last act in the competition.

“You are down to one,” said 19-year-old Sasha, one-half of the father/son duo Jim and Sasha Allen. Grande replied, “You are the one to me.”

But, don’t count Grande out. She said she “would love to be in the finale” and had a two-hour FaceTime call with the duo to decide on their semifinal song choice. They decided on Simon & Garfunkel’s “Mrs. Robinson,” which Grande said is a “big deal because… it’s never been done before on this show.”

Grande told the duo that she and America “love you more each time.” 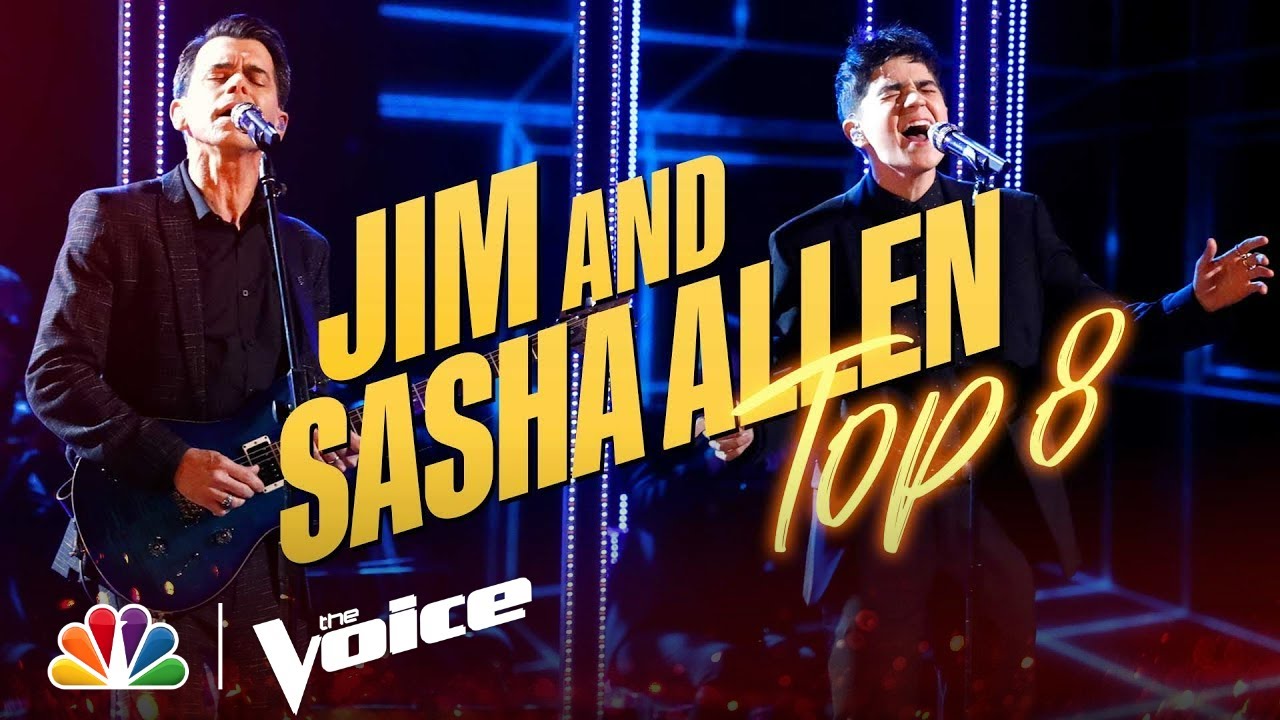 🎵 Welcome to team Legend. 🎵The V-EGOT star won his first season as a coach in 2019, but he’s been cold ever since. Can he get back on top?

The Texas native, 24, took everyone to church during a powerful rendition of Billy Joel and Elton John’s “Don’t Let the Sun Go Down on Me,” complete with a backing choir and sunflower-adorned afro.

The lyrics were extra poignant for Maple, who earned the last spot in the Top 8 through last week’s Wildcard Instant Save: “I believe this is the perfect song for this moment because… the sun would be my dream. My dreams are dark if I don’t have singing in my world.”

It was a competition-defining performance, Shelton said, as Maple belted out, “Losing everything is like the sun going down on me.” She received a standing ovation from all four choices.

Legend said she “deserves to be in this space” and called her a “superstar talent.”

Grande called him a “vocal technician.” Legend added, “You are a brilliant vocalist and you are a beautiful storyteller.”

Clarkson has said “Team Kelly is the best it’s ever been” this season. The three-time winner said the other coaches “better be scared” of her team.

The 14-year-old sounded wise beyond her years during an emotional rendition of Lewis Capaldi’s “Someone You Loved.” Clarkson said her song selection is “going to get (her) to the finale.”

Grande said Mia’s performance was “so vulnerable, so special, so sweet.” Clarkson, who stole Mia from Grande in the Battles, said: “I’m so glad I got to steal you.” 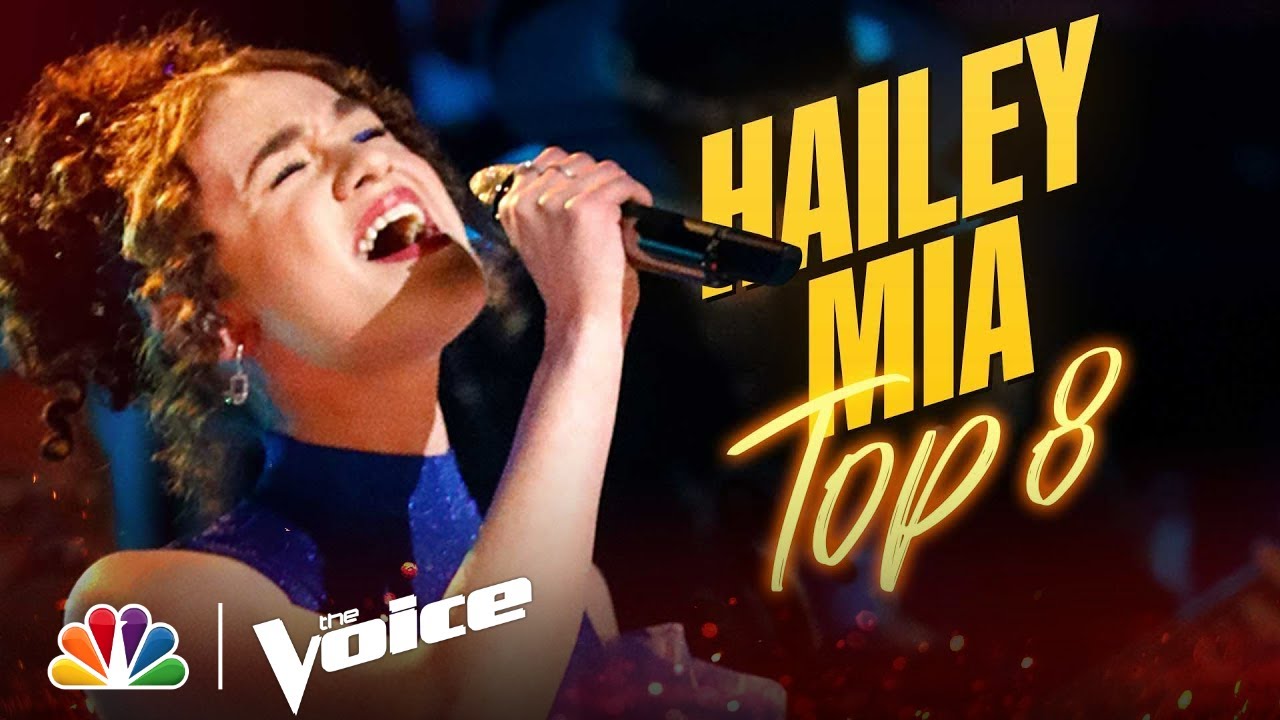 After exploring with different genres over the past few weeks, the Ohio sibling trio, composed of Bekah, 21, Joshua, 24, and Caleb, 26, returned to their folk roots on Joni Mitchell’s “River.”

Clarkson said she loved the song. (Maybe because that’s the name of her 7-year-old daughter with ex Brandon Blackstock?) She called the group the “most special thing” she’s “ever seen on the show.”

The last original coach on the NBC singing competition entered Season 21 with eight wins under his cowboy belt, the most of any coach in “Voice” history.

Can the reigning champ repeat? Shelton seems to think so: “My team is unstoppable. Literally unstoppable. Try to stop them. You can’t.”

The lone country singer in the competition highlighted her faith on Carrie Underwood’s  “Something in the Water.” She was accompanied by a choir, reminiscent of her days of singing in the church with her mother, Tammy.

“I want to make the finale as this big thank you to my mom,” said Scott, 29. “She deserves this recognition.”

Shelton said Scott is “one of my favorite artists I’ve ever worked with on this show.” He added, “You have been consistent all along but you have never turned it up like that before.” 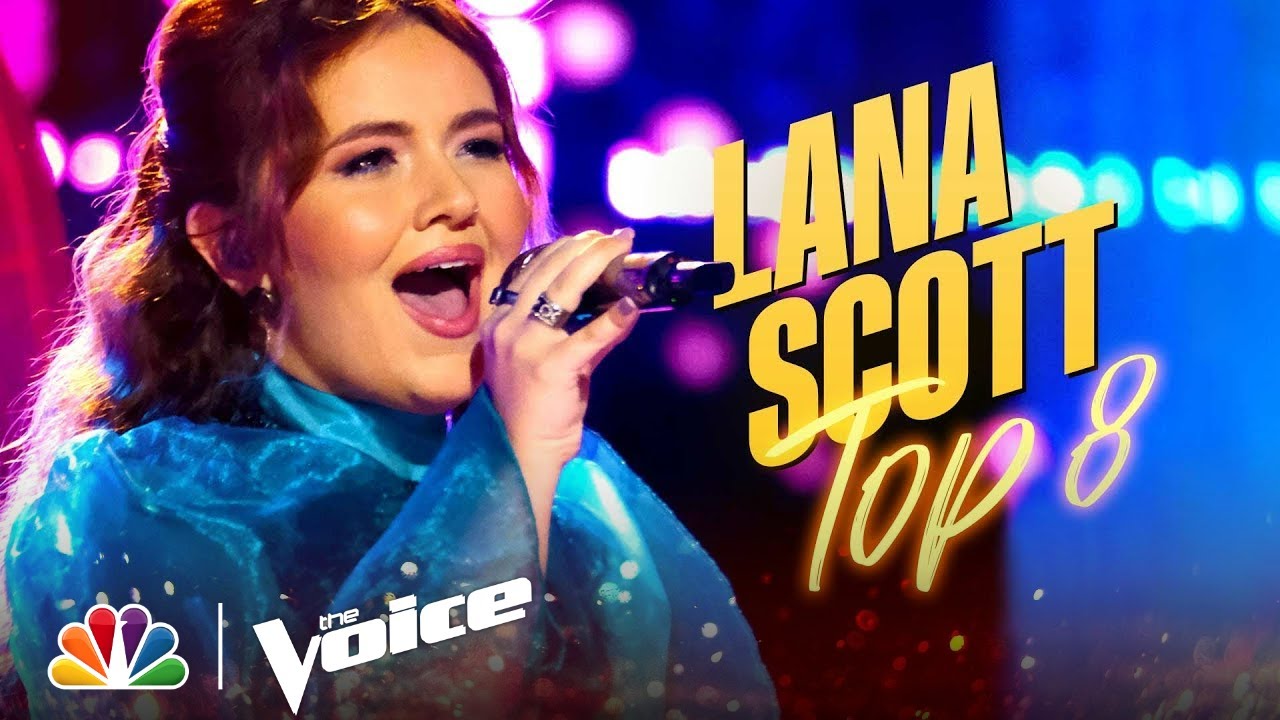 The Tennessean, 57, showcased her signature sound on Marvin Gaye and Tammi Terrell’s  “You’re All I Need to Get By,” a dedication to her partner David, who “supported my dreams.”

She belted out note after note while sitting on a stool as she held a microphone with a casted hand after breaking her right elbow and fracturing her left wrist during a hard fall last month. The judges gave Moten a standing ovation and were left speechless.

“You’re sitting up there on a stool like Kenny Rodgers, just hanging out, and blowing the roof off this place,” Shelton said. “Music history just happened on this stage.”

Grande was equally flustered: “Are you out of your mind. That’s just the most ridiculous thing I’ve ever seen in my life.” She bowed down at Moten’s feet.

‘I’m still ready to go!’: Wendy Moten ‘bruised’ but OK after falling on ‘The Voice’

The Florida native, 32, went to his “bread-and-butter” on Teddy Pendergrass’ “Close the Door.” He said the song signifies “closing the door on the older part of my life… and opening the door to a new beginning.”

Clarkson called his voice “so beautiful and raw and perfect.”

Shelton was feeling all hot and bothered: “I’m married to Gwen Stefani but you made me feel something… My heart was pounding for Paris.”

How to vote on ‘The Voice’

The singers’ fates are now up to America.

Viewers can vote on NBC.com/voicevote or via “The Voice” official app. (Limit 10 votes per artist, per method.) The results of overnight viewer voting will be revealed during Tuesday’s live show (8 EDT/PDT).

The field of 8 will be narrowed to 5.

“The Voice” continues Tuesday at 8 EST/PST on NBC.