Spoiler alert! The following contains spoilers from the Nov. 3 episode of “The Masked Singer,” including the identity of the unmasked celebrities.

Beach Ball’s “Masked Singer” debut was no day at the beach. The wildcard costume –which housed two celebrities in its large, colorful sphere – graced the stage for the first time Wednesday.

But the challengers wouldn’t stay around for long.

Beach Ball’s vocals couldn’t compete with Mallard’s rendition of “Play Something Country” by Brooks & Dunn or Caterpillar’s performance of a boy-band jam that got the studio jumpin’, NSYNC’s “It’s Gonna Be Me.” Banana Split “Let ‘er Rip” with the tune from The Chicks, and Queen of Hearts delivered a soulful version of Bishop Briggs’ “River” that convinced panelist Jenny McCarthy the contestant is “the greatest artist we’ve ever had on ‘Masked Singer‘ ever!”

Catch up on ‘The Masked Singer’:Hamster runs off his wheel. Wildcard Jester makes eerie costume debut

More from ‘The Masked Singer’:Cupcake is iced out; wildcard Caterpillar gives ‘front-runner performance’

McCarthy and her fellow panelists – Ken Jeong, Nicole Scherzinger and Robin Thicke – were joined by Jeong’s “Community” co-star Joel McHale, who has previously served as a guest on the panel.

The Beach Ball’s clue package did a good job of concealing that the costume was housing two contestants, showing just one of the ball’s two faces.

“I was thrown into the game at a very early age,” one competitor said in their clue package, “and in the spotlight for a very long time.”

Half of the Beach Ball duo also “had famous recipes, and I even had a hit single that I recorded in just one take.”

Beach Ball revealed its two faces while singing Miley Cyrus‘ “Party in the U.S.A.” Neither one of them appeared to be professional singers, and it’s likely their lackluster performance led to their ousting.

With Beach Ball’s elimination, the panel’s first impression and final guesses were revealed.

Scherzinger’s gut initially pointed her to Kristen Wiig and “the other girl from ‘Barb and Star Go to Vista Del Mar’ ” (Annie Mumolo), and she stayed with it. Thicke stuck with his original suspicion: “2 Broke Girls” stars Kat Dennings and Beth Behrs.

The two celebs having a ball inside the costume were revealed to be Alana Thompson (known to her fans as Honey Boo Boo) and June Shannon (aka Mama June), who shared they had a lot to worry about inside their “very hot” disguise. 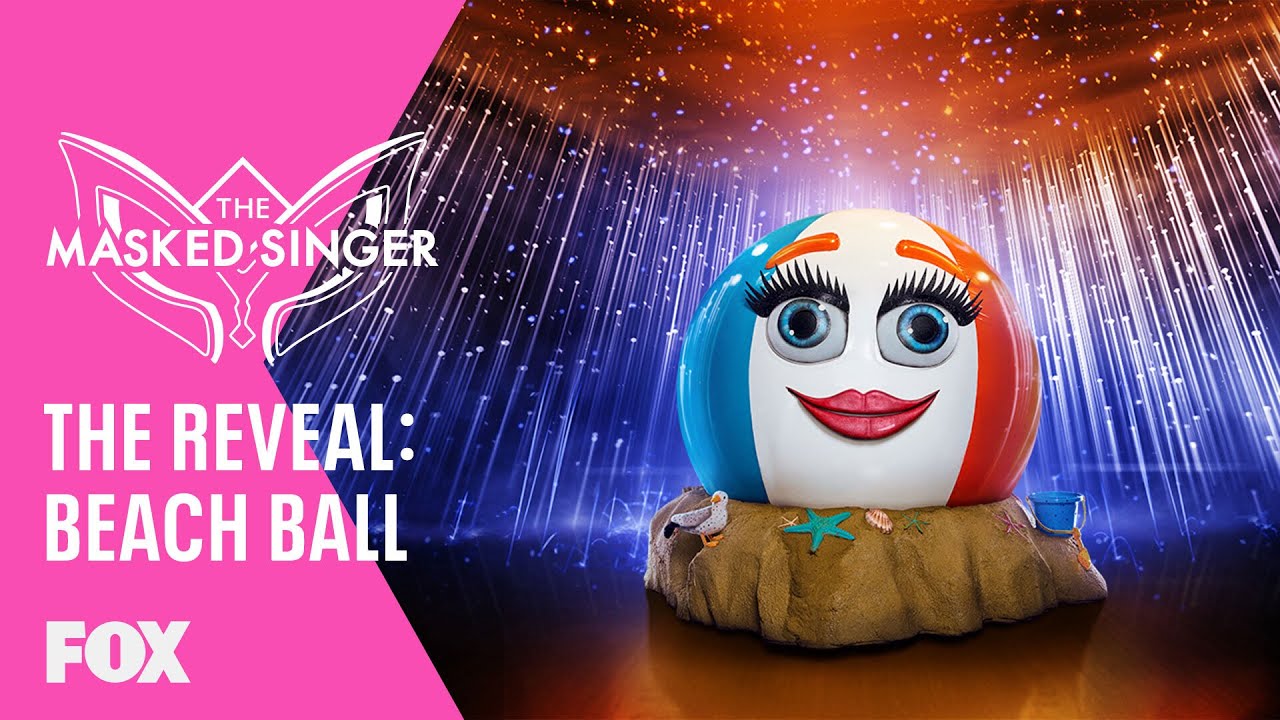 “It was definitely very hot. We had to move the mouth, make sure we don’t roll off the stage,” said Thompson. “It was a lot.”

“You are all what ‘Masked Singer’ is all about,” Jeong praised. “Just having fun. You guys are awesome.”

‘The Masked Singer’ premiere:Not one, but two challengers are axed. See the firsts to go