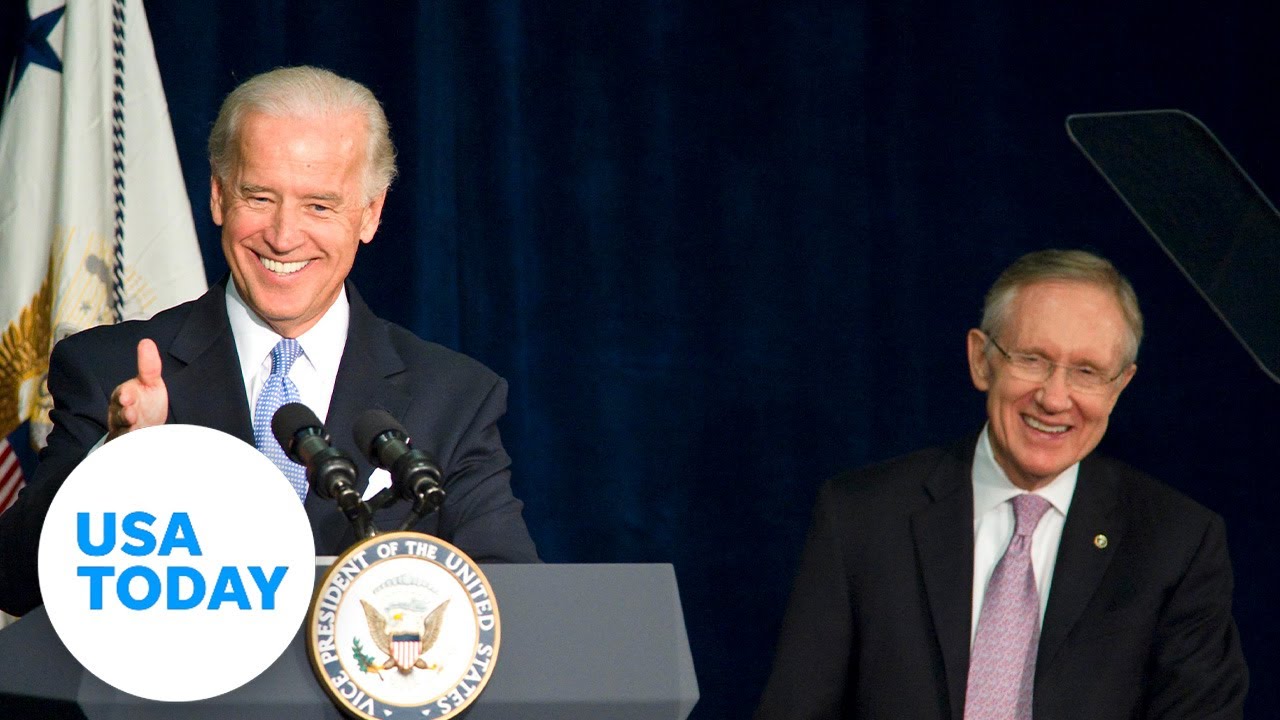 Reid, a lion of the Senate who was long considered one of the most powerful Democrats in Washington, died late last month at the age of 82 after a battle with pancreatic cancer.

Biden,who served alongside Reid in the upper chamber for 22 years and later worked with him as vice president, is slated to  deliver remarks at the service.

“During the two decades we served together in the United States Senate, and the eight years we worked together while I served as vice president, Harry met the marker for what I’ve always believed is the most important thing by which you can measure a person – their action and their word,” Biden said in a statement following Reid’s passing.

Obama is also expected to deliver Reid’s eulogy. The pair worked together to pass Obama’s signature health care law, the Affordable Care Act, in 2010 while Reid served as majority leader. Reid was the longest serving senator in Nevada’s history and presided over the upper chamber as majority leader from 2007 to 2015.

“We are honored to have such a distinguished group paying tribute to Harry’s life and accomplishments,” Landra Reid, the late senator’s wife, said in a statement. “These are not only some of the most consequential leaders of our time – they are also some of Harry’s best friends.”

Following the memorial, Reid’s body will be transported to Washington where he will lie in state at the Capitol on Jan. 12.

‘He was beloved,’ Pelosi says of Reid’s ‘most enduring legacy’

House Speaker Nancy Pelosi remembered Reid’s modesty, dry sense of humor and as a rare politician beloved by members of both political parties.

“For all his great legislative achievements, his most enduring public legacy will be that he was beloved,” Pelosi said. “A word not often used to describe political leaders.”

She said Reid always made sure his home state of Nevada was getting served.

“He did everything he could to ensure that his voices were heard, either protecting the state’s natural environment or its political environment, especially its coveted role in the presidential selection process,” Pelosi said.

She also joked about Reid’s bluntness, saying she probably got hung up on the phone by him more than anyone else in Washington.

After Pelosi spoke, musical artist Carole King performed “In the Name of Love.”

Schumer: Reid was ‘tough as nails’ but compassionate

Senate Majority Chuck Schumer, D-N.Y., who considered Reid a mentor in the Senate, said “beneath Harry’s soft-spoken nature was a truly honest and original character.”

“He was one of a kind,” Schumer said. “All of us being here is proof of the wide and deep impact that Harry had.”

“Harry, in short, is one of the most incredible individuals I’ve ever met, the sort of person you come across only a handful of times in your entire life. He was tough as nails, a fighter to his core, but also one of the most compassionate individuals, you could ever imagine.”

Schumer said he got to know Reid in 1999, shortly after winning his Senate seat for the first time. He laughed about Reid telling him that he needed to “buy some better shoes” to earn leadership.

“He cared about you with every fiber. Sometimes you can even say cared a little too much.”

He recalled in 2006, when Sen. Claire McCaskill’s victory in Missouri gave Democrats control of the Senate. Reid and Schumer watched election returns with each other.

“I kid you not, Harry went up to the TV screen and smacked his lips on hers,” Schumer said, laughing. “His lips remain attached on the TV for a full 10 seconds.”

Reid brought ‘devotion and steadfastness’ to everything, son says

Leif Reid, one of Harry Reid’s five children who spoke at the service, said the best way to describe Reid is “devotion and steadfastness in everything he did.”

“People know his story. He lived the American dream from Searchlight to Washington,” he said.

‘Proud of the name Harry Reid’

Josh Reid, another of Reid’s five children, said his father always told his kids how much he loved them.

“He would often tell me when I had my own kids that you can never tell your family that you love them too much,” Josh Reid said.

Josh Reid said his son’s wife gave birth to a child on Friday. The name they chose: Harry Reid.

“I hope as the years go by, that little boy will look at his grandfather in the same way I looked at my dad. I’m proud of the name Harry Reid.”

Brandon Flowers of the rock band The Killers then performed the song “Be Still.”

Leif Reid, one of Reid’s sons, said it was his father’s final song request before his death.

‘When he was home, he was just Poppy’

Lana Reid Barringer, Reid’s daughter, remembered her father as a family man who always found time for his children and grandchildren no matter what was going on in Washington.

“He was pulled in so many different directions, but when he was home, he was just Poppy. He didn’t want to talk about work. He wanted to talk about us,” she said.

Reid Barringer said her faither made people laugh no matter the setting. She said he frequently took his children to get ice cream, and always let them pick the flavor, and recalled the time he took her to see The Osmonds.

About 20 years ago, Reid and his wife, Landra Gould Reid, temporarily moved into Lana’s home as they were downsizing houses. The senator and his wife were forced to share his children’s old trundle bed.

“Before his security detail picked him up to take him to the Capitol, I bet he was the only senator who had to navigate Legos and PlayMobil,” Reid Barringer said.

She concluded: “Nobody loved me the way my dad loved me. He was a wonderful father who loved me unconditionally, and he always made my mom, me and my brothers his priority. I will miss him greatly. I will love him forever. And I’m grateful that families are forever.”

Hannah Brown, 82, of Las Vegas came to pay respects to the man she went to kindergarten with who remained a lifelong friend.

Brown, a civil rights activist, recalled that Reid spoke in October at the dedication of an elementary school renamed after her.

“He called me his forever friend,” she said as she showed a reporter a picture of Reid embracing her.

Others were less than thrilled to have the Democratic luminaries in their city.

About a dozen people outside the Smith Center for the Performing Arts waved flags supporting former President Donald Trump and held anti-Biden signs. They shouted vulgar messages against the current president and other messages that had little to do with Reid.

Lorena Cardenas, 42, of Las Vegas was the only one among them willing to discuss their anger.

“Democrats have suppressed freedom,” she said. Cardenas blamed Biden for rushing vaccines for children that she thinks — contrary to medical experts — will harm their health.

“This is about Democrats more broadly but Harry Reid facilitated Biden’s win so that was a slap to our face,” she said.

‘Ultimate champion of the little guy’

Pallbearers brought Reid’s casket, draped in an American flag, to the front of the room as the service got underway.

“We are here today to give gratitude for the man from Searchlight, Nevada. Shaped by a humble upbringing, Harry Reid rose to the become the ultimate champion of the little guy,” said Marcus Faust, a friend of Reid, kicking off the services.

A string trio played the hymn “Lord of the Dance” followed by “Amazing Grace” as friends and family arrived for services of the late former Senate Majority Leader Harry Reid, D-Nev., at the Smith Center in Las Vegas.

The strings played beneath a screen that displayed tweets paying tribute to Reid as a masked crowd began to fill into the seats.