Billie Eilish is making fans “Happier Than Ever” with her “Saturday Night Live” hosting debut.

The Grammy Award-winning artist, who doubled as host and musical guest this week, dressed for the occasion in a puffy, candy cane-mimicking dress and matching socks.

“If you don’t know me for my music, you may know me for my hair or my clothes,” she said in her opening monologue. “That is why I decided to dress as Mrs. Claus going to the club.”

Eilish revealed the motivation behind her signature aesthetic, which involved loose-fitting and baggy clothes.

“It wasn’t just for comfort or for style. This is hard to say for me, but the real reason I started wearing oversized clothes back then is because I was actually two kids stacked on top of each other trying to sneak into an R-rated movie,” she joked.

Though the “Therefore I Am” singer catapulted into fame as a young teen, she reflected on turning 20 next week (“or as the internet calls that, middle-aged”) and maturing under the spotlight – even if it was difficult at times.

Why Billie Eilish says she wears baggy clothes:So people can’t have ‘an opinion’ on her body 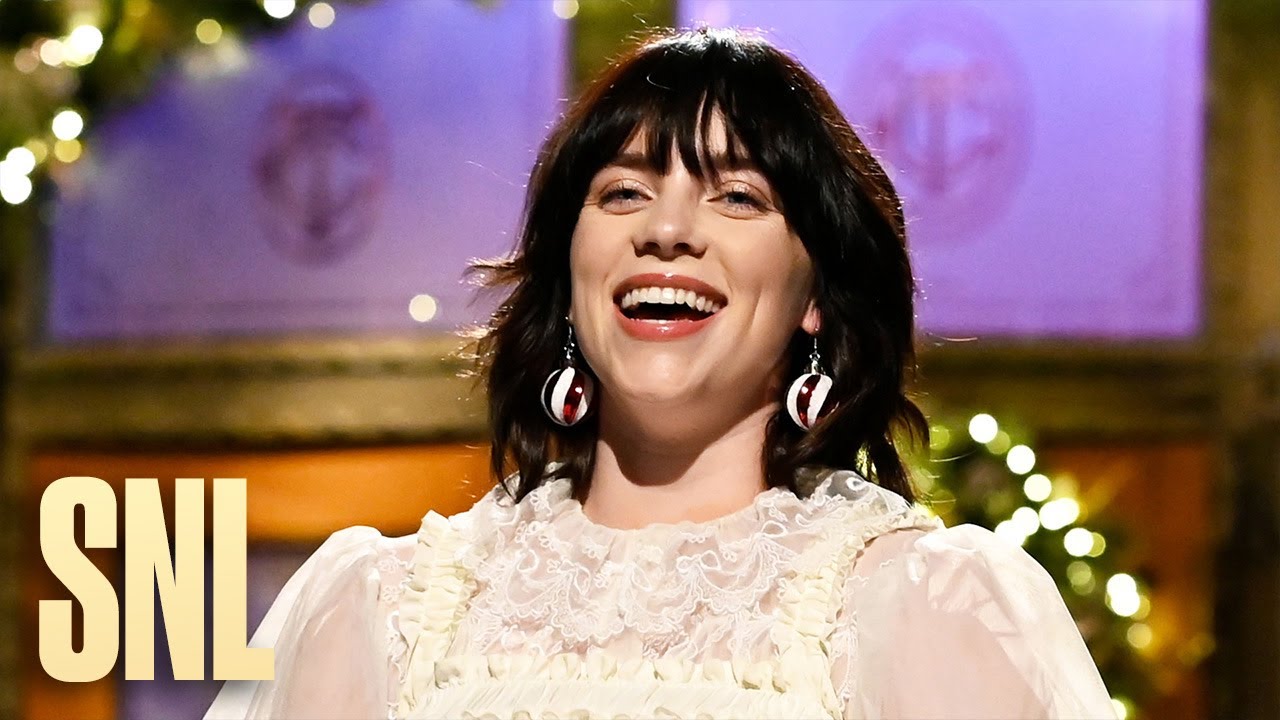 “I’m actually really excited to get older because I’m just now starting to understand who I am as a person,” she says. However, “the scary thing about growing up in the public eye, is that people decide that everything you say, and do, and look like, is who you are forever.”

However, she warns “that’s not fair” – especially for celebrities like “SNL” star Colin Jost.

“Would you want to be judged by the way you presented yourself when you were 16? Uh, no. Imagine being current day Colin Jost, and the first thing that comes up when you Google yourself is 16-year old Colin Jost,” Eilish joked before a photo of a teenage Jost with glasses flashed onscreen.

All jokes aside, “the point is that it takes time and effort to accept who you really are. You’ll be so happy that you did,” she concludes.

This week’s “SNL” marked Eilish’s first hosting gig. The singer was last on the show in 2019, when she seemingly walked on the walls and ceilings of Studio 8H while performing her hit song “Bad Guy.”

Previously on ‘SNL’:Watch how ‘SNL’ pulled off that gravity-defying Billie Eilish performance

Wellness:Billie Eilish, Taylor Swift and the pressure – and shaming – of celebrity women changing their image