Bob Dole honored with service in US Capitol Rotunda 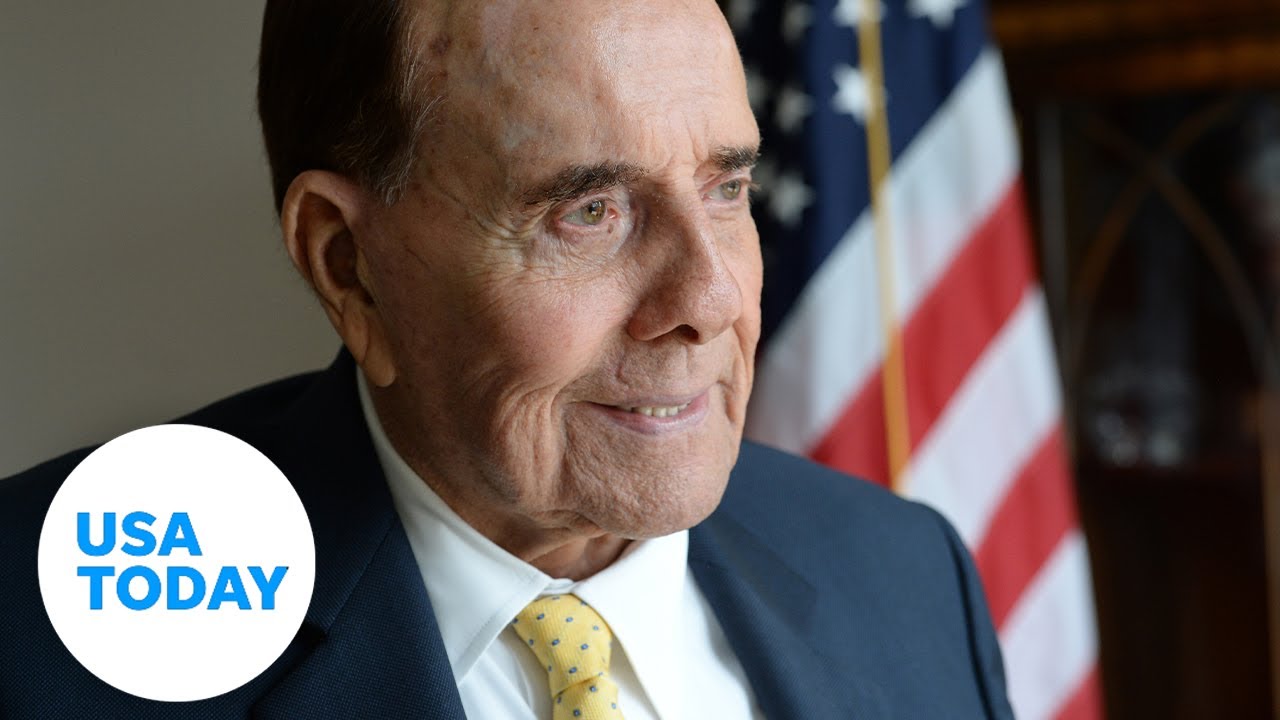 Remembrances for former Sen. Bob Dole start Thursday at the U.S. Capitol – his workplace for decades – where he will lie in state.

Dole’s casket arrived at the Capitol just before the ceremony and will remain for 24 hours. The Capitol will not be open for public viewing.

Dole was a decorated World War II veteran and Kansas Republican lawmaker who, until 2018, had been the Senate’s longest-serving Republican leader, a post he held for nearly 11 years. He was also the party’s presidential nominee in 1996.

The Capitol Rotunda has served for nearly 170 years as a place to honor Americans who have served the country in one capacity or another. Presidents, officials, judges, military leaders and other “distinguished citizens” have lain in state or in honor in the space, according to the U.S. House of Representatives.

Dole’s contemporaries in the Senate, John McCain and Daniel Inouye, were honored similarly in the last decade.

Former Sen. Elizabeth Dole buckled at the casket of her husband, former Sen. Bob Dole, laying hands and forehead on the flag-draped casket in the center of the Capitol Rotunda.

She and the longtime Republican leader’s daughter, Robin, were escorted out near the end of a Thursday morning ceremony where U.S. leaders paid respect to the one-time presidential candidate.

Robin Dole wiped away a tear as the hymn “Great is Thy Faithfulness” concluded.

President Joe Biden and the leaders of the House and Senate observed laying of wreaths bearing their office’s names around Dole’s flag-draped casket as it lay in the Capitol rotunda, where it will remain throughout the day Thursday.

“Bob Dole was a champion of those whose lives were marred by struggle, who came not from citadels of privilege, but from humble origins like his own,” Schumer said.

Schumer, the Senate’s top Democrat, praised Dole for never hesitating to work with Democrats, whether it involved protecting Social Security or passing legislation regarding food nutrition and the Americans With Disabilities Act.

Through it all, Dole “never lost his roots as a principled, pragmatic Kansas Republican,” Schumer said.

Pelosi: Dole will be known for ‘principled leadership,’ for time serving in both chambers of Congress

House Speaker Nancy Pelosi, D-Calif., began her speech noting it was with “special pride” that she recognized that Dole began his career in the House of Representatives before he began his long tenure in the Senate.

She continued, “Dole was widely respected for his legendary service on the battlefields of World War II, his inspiring resilience after recovering from grievous war wounds, his principled leadership in the hallowed halls of Congress – House and Senate – and his tireless advocacy as an elder statesman.”

The speaker said Dole received both the Congressional Gold Medal in 2018, the highest honor Congress can bestow upon a civilian, as well as the Presidential Medal of Freedom in 1996 by President Bill Clinton – whom Dole ran against – following the election.

Walking to and from the dais, Pelosi stopped to shake the hands of Dole’s widow, Elizabeth, and clasped his daughter, Robin, on the shoulder.

Sen. Mitch McConnell extolled former Sen. Bob Dole’s love and sense of humor during a remembrance Thursday at the Capitol.

McConnell, the only Republican to spend more time leading the Republican conference, said “the real engine” behind Dole’s longevity was the love he held for his wife, former Sen. Elizabeth Dole, and his daughter, Robin.

Dole, he said, often said that he was taking note of how the older members of Congress lived. He joked about mirroring Strom Thurmond’s diet, McConnell said.

Dole arrives at Capitol to lie in state

Honor guard members carrying the flag-draped casket of former Sen. Bob Dole ascended the Capitol steps on Thursday as the former Republican leader and one-time presidential candidate was to lie in state.

Dole died Sunday at age 98. In February, he announced he had lung cancer.

Dole will lie in state until 8 p.m. Thursday after a private ceremony on Thursday morning. Funeral services are scheduled for Friday.

On Friday, Dole will be remembered in both private and public events in Washington.

A private memorial service takes place at 11 a.m. at Washington National Cathedral. Biden, former Sens. Pat Roberts and Tom Daschle, and Robin Dole will give tributes, and Lee Greenwood will perform. The event will be streamed online here. The public also will be able to watch the livestream of the service at the National World War II Memorial on the National Mall.

Following the church service, around 1:15 p.m., Dole’s motorcade and casket will drive to the memorial and stop there to honor Dole’s life and military service.

A public event will take place at the memorial, which also is part of Dole’s legacy, as he was national chairman in its fundraising effort. The event will be streamed on Facebook Live.

Gen. Mark Milley, chairman of the Joint Chiefs of Staff, will give remarks, along with friends of the Dole family, actor Tom Hanks and Savannah Guthrie of NBC News. Elizabeth Dole will lay a wreath at the memorial.