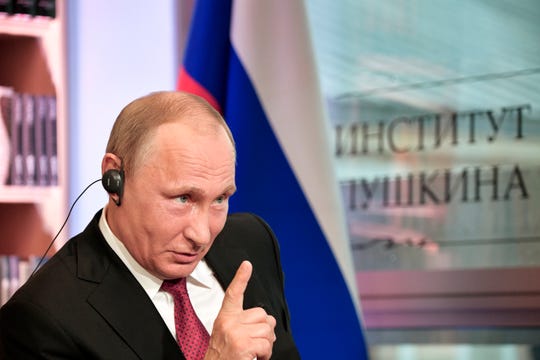 LONDON – A report on Russian interference into British politics was finally published Tuesday, more than a year after allegations surfaced that Moscow sought to meddle in Britain’s 2019 general election and following similar claims about its 2016 Brexit vote to leave the European Union and a 2014 failed referendum on Scottish independence.

The report, published by the British Parliament’s Intelligence and Security Committee, and based on the findings of spy agencies and as well as assessments from independent security analysts, confirmed what British politicians have long suspected: that the Kremlin has used espionage and diverse forms of subversion, including cyberattacks, disinformation campaigns and state-sponsored assassinations to undermine British democratic processes and divide alliances such as NATO and the EU.

However, the report concluded it was “surprisingly difficult” to prove absolutely claims Russia interfered in the British votes, partly because the British government was “slow” to recognize the threat posed by Russia and did not take steps to address the alleged interference. The report’s authors stopped short of offering an assessment or additional evidence on whether Russia specifically interfered in the votes in 2014, 2016 and 2019.

It described Moscow’s influence in British politics as the “new normal.”

“Russia’s intelligence services are disproportionately large and powerful and, given the lack of rule of law, are able to act without constraint,” the report said. “The fusion between state, business, and serious and organized crime provides further weight and leverage: Russia is able to pose an all-encompassing security threat – which is fueled by paranoia about the West and a desire to be seen as a resurgent great power.”

Russia has repeatedly denied the allegations and Dmitry Peskov, a spokesman for Russia’s President Vladimir Putin, said Tuesday that Russia has never interfered in any foreign elections, according to Russia’s state-backed Tass news agency.

But Britain’s repot has been a long time coming.

The report was submitted to Prime Minister Boris Johnson in October last year and Britain’s prime minister has claimed that the report couldn’t be published until it was reviewed for national security issues. But there have been other unexplained delays.

The opposition Labour Party has accused Johnson’s government of failing to publish the report because it would lead to further questions about links between Russia and the pro-Brexit campaign in the 2016 referendum on European Union membership, which Johnson helped lead. “What is in the Russia report that Johnson doesn’t want to see the light of day?” Lisa Nandy, the Labour Party’s spokeswoman on foreign affairs, tweeted.

The report concluded that senior figures with links to the Putin’s inner circle enjoy access to top British business and political leaders. It said that successive British governments have “welcomed the oligarchs and their money with open arms, providing them with a means of recycling illicit finance through the London ‘laundromat,’ and connections at the highest levels with access to UK companies and political figures.”

Who’s going to derail the U.S. presidential election?: Culprit may be close to home

Over 200 journalist around the world were targets of phishing emails by the Russian hacking group “Fancy Bear” during the 2016 election. Josh King has the story (@abridgetoland).

How B.C.’s most vulnerable kids fell into the clutches of a social worker who betrayed them