Striving to be funny because your parents tell you not to be might sound rather childish, but that’s how I discovered the joy of laughter from an early age. It started when I was diagnosed with asthma. I was five years old, and my parents were terribly worried. They insisted from then on that I shouldn’t get overexcited in case it made me wheezy and risked me keeling over completely. A more law-abiding child might have been OK with that but for me, being told that I wasn’t allowed to laugh only made me want to do it even more.

While the downside of having severe asthma was not being able to breathe, the upside was missing a lot of school and being able to use that time to loll around in bed, plotting stories, adventures and pranks. When I did return to the classroom after a spell at home, the teachers often seemed quite alarmed because I invariably had new ideas about how to lead my particular band of followers astray. It always surprised me that just being myself got me into so much trouble. I didn’t set out to be a troublemaker, it just happened.

Detentions aside, I was grateful for the kudos this earned me in the playground. While yes, I was the fat, wheezy one, my inventiveness meant I was often the hero of the hour.

In my first year of secondary school, I ordered some stink bombs from a joke shop in Folkestone. With some accomplices, we set them off as everybody filed into assembly, and I can still remember the joy of seeing the teachers’ faces as they reacted to the smell. To me, that was pure comedy – possibly my first taste of it – and to this day, I’m still proud of gifting my friends such a laugh.

Anything rude – burps, spinach on teeth, accidental farting – was completely to my taste and still is, frankly.

As a teenager, I was constantly writing funny plays and sketches but nobody from our school ever went to drama school – it was unheard of. I think the teachers thought acting might be the same as prostitution in terms of career choice. So I did a degree and became a social worker instead. I loved some parts of the job – the people I met, finding the humour in bad situations – but in other ways, I was terrible. I couldn’t stop worrying about everyone I saw. So at 28, I quit and made the leap into comedy.

Luckily my timing was good. The alternative comedy scene of the early 1980s was taking off and when I did my first standup at the Edinburgh Festival, I fell in with Rik Mayall, Ben Elton and the rest of that community. I didn’t have a grand plan; I just wanted to write and perform so I said yes to any comedy gig that came my way. I kept giving myself “one more year” until, almost without my realising it, I’d done tours and TV shows ranging from The Young Ones to Absolutely Fabulous, with a few strange appearances in between, including One Foot in the Grave and a Miss Marple.

Throughout my career I’ve been reminded that humour unites us. People with the same sense of humour band together, it doesn’t matter whether you’re in a classroom at 10 years old or in London’s Comedy Store. I had an antenna for anything a bit out of the norm and happily I’ve always managed to hunt out people who were just the same.

Now, as I duck and dive my way through middle age, I love the fact that my friends and I are constantly presented with new material – from one’s husband finding one’s dildo and thinking it was a vacuum accessory, to bladder weakness. I’ve always felt that life is ridiculous, but these days I feel it even more so. I need to mark it with laughter and connections and funny stories – moments of release that leave us all feeling lighter. I started the Comedy Women in Print competition in 2018 to celebrate these moments of connection, and to shine more light on female writers who can dish out recognisably funny content with every turn of the page. Laughing along to a witty narrative is like taking medicine, only without any side effects (if you don’t count peeing yourself with laughter …).

Forget yoga, magic mushrooms and gong baths, as far as I’m concerned there are just three releases: the sneeze (quite nice), the orgasm (very nice, if memory serves) and finally, the involuntary release of laughter. It’s the snorting, almost-peed-myself version that gets my vote. It’s nature’s endorsement of our survival. Mind and body are one! That shared gasping of breath that makes us feel connected and not alone …

As incontinence affects one in three women over 35, we should all be having more open conversations about this everyday condition that impacts women of all ages. Find out more at tena.co.uk/ageless

‘Squeeze your pelvic floor in dull meetings’: three ways to show a weak bladder who’s the boss | The last taboo

Fri Aug 28 , 2020
Share on Facebook Tweet it Share on Google Pin it Share it Email Pin it Tessa Coates: ‘Maybe we all need to do a little less whispering and little more talking openly.’ Photograph: David Yeo/Guardian“Oh my god, I’m going to wee!” – Is that not the greatest response you can […] 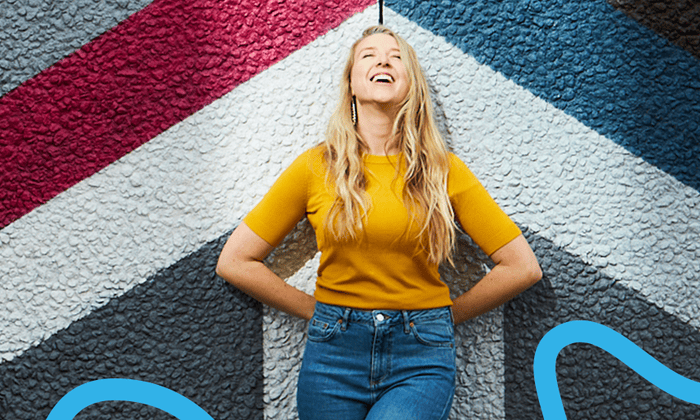