Canadians began the Thanksgiving long weekend amid a resurgence of COVID-19 cases that has prompted more restrictions in several hot spots.

Prime Minister Justin Trudeau warned Friday the nation was “at a tipping point in this pandemic” as he released new projections that suggested the death toll in Canada could reach 9,800 by the end of next week, a situation he said requires immediate efforts by Canadians to curtail outings and gatherings.

“Not only is the second wave underway, yesterday we hit the highest daily recorded cases — well above what we saw this spring,” Trudeau said as he also announced emergency funds for food banks, groups serving vulnerable communities and businesses that can’t make rent.

“I know this is discouraging, especially going into Thanksgiving weekend,” he said. “But remember this: When things were at their bleakest during the first wave, Canadians pulled together and flattened the curve.”

Canadians talk about how they will celebrate this Thanksgiving weekend during a pandemic. 1:52

On Friday, Trudeau discussed a range of measures to boost the social safety net while also touting 378,000 jobs added in September, when many Canadians were able to return to work as children returned to school.

There were 1.8 million Canadians unemployed in September, with about 1.5 million of them looking for work.

In February, Canada’s unemployment rate was 5.6 per cent, before COVID-19 walloped the economy and pushed it up to a high of 13.7 per cent in May, the highest rate on record. It has fallen steadily in each of the four months since then.

As of 2 p.m. ET on Saturday, Canada had 180,145 confirmed or presumptive coronavirus cases. Provinces and territories listed 151,345 of those as recovered or resolved. A CBC News tally of deaths based on provincial reports, regional health information and CBC’s reporting stood at 9,608.

New modelling suggested there could be as many as 197,830 cases by Oct. 17, with cases rising most rapidly in Quebec, Ontario and Alberta.

Ontario reported 809 new cases on Saturday and seven more deaths related to COVID-19, a day after recording yet another daily record with 939 new cases and five more deaths.

Premier Doug Ford closed gyms, movie theatres and casinos and banned indoor dining, and he asked people to stay home as much as possible for at least 28 days. 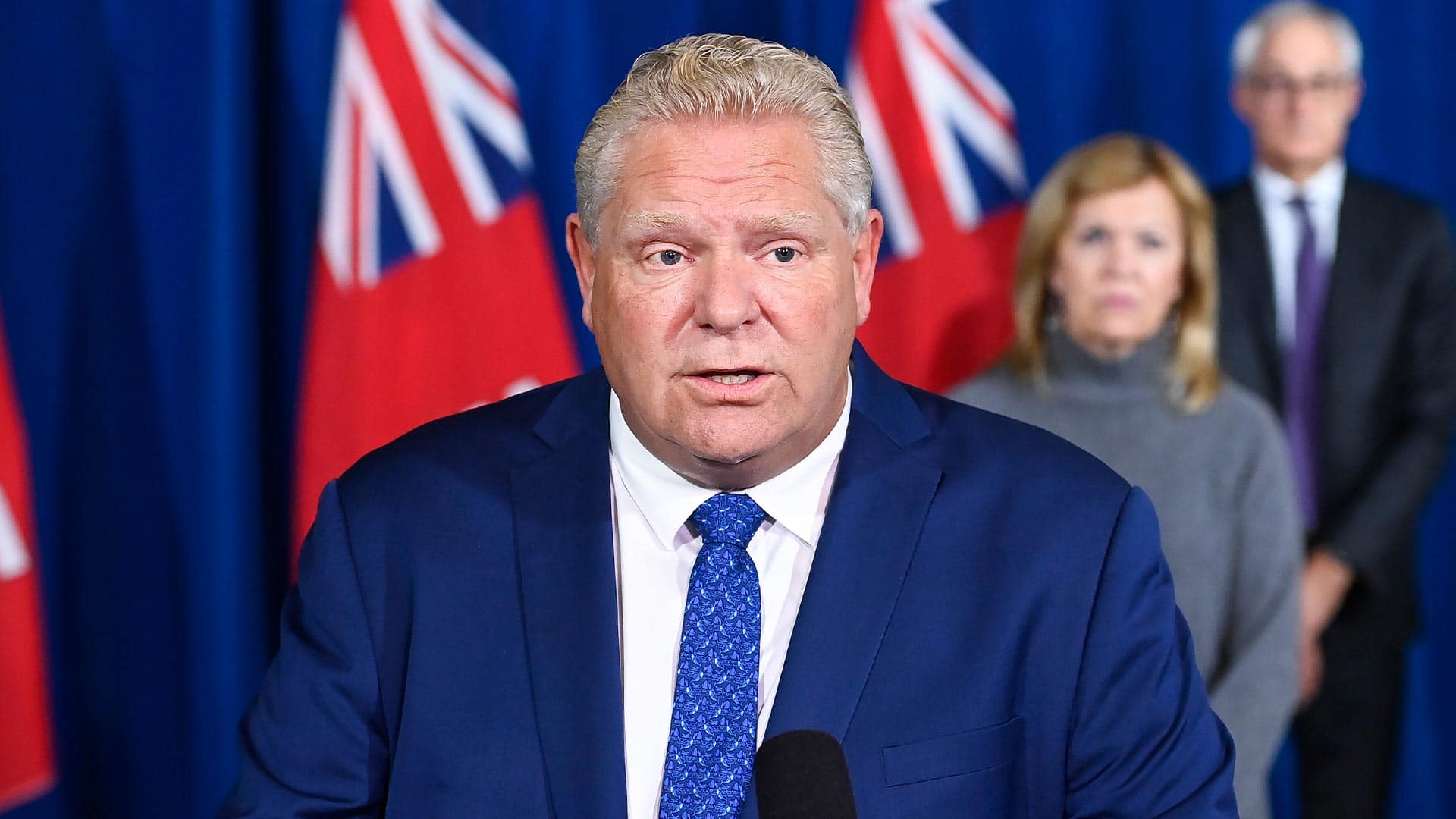 Out of options and out of time, Ontario is moving back to COVID-19 shutdowns. They’re targeted to the regions and sectors most impacted by the virus. But for more than five million Ontarians in Toronto, Peel region and Ottawa, that could be cold comfort. 2:45

Manitoba reported two more deaths and 97 new cases on Saturday. The one-day jump in new cases is a new high for Manitoba, coming just a day after the previous record was set.

Premier François Legault asked Quebecers to make sacrifices and avoid socializing over the long weekend as 433 more people landed in hospital — up eight patients from the day before, with 67 people in intensive care, one less than the day before.

New Brunswick announced 20 new cases on Saturday. Dr. Jennifer Russell, the province’s chief medical officer of health, said nine of these cases are related to the outbreak at the Manoir Notre-Dame in Moncton.

The Northwest Territories announced that travellers and employees will be required to wear a mask while inside the territory’s airport terminal buildings, starting next Tuesday.

According to Johns Hopkins University in Baltimore, the global total of confirmed coronavirus cases stands at more than 36.9 million. More than one million people have died, while more than 25.7 million have recovered.

In Asia, India’s confirmed cases are nearing seven million with another 73,272 reported in the past 24 hours. India is seeing a slower pace of spread since mid-September, but health experts have warned that congregations during major festivals later this month and in November have the potential for the virus to spread.

In Europe, the Czech Republic and neighbouring Slovakia have registered big jumps in new coronavirus infections, setting a new record for the fourth straight day with 8,618 and 1,887 new cases, respectively.

Africa has seen more than 1.5 million confirmed cases and more than 37,000 deaths. The majority of the cases on the continent are in South Africa, which accounts for more than 688,000 cases.

In the Americas, U.S. President Donald Trump on Saturday held his first public event since being diagnosed with COVID-19 more than a week ago, aiming to show he has beaten the virus and is ready to resume campaigning, although questions remain about his health.

Sat Oct 10 , 2020
Share on Facebook Tweet it Share on Google Pin it Share it Email Stewart, B.C., and the neighbouring community of Hyder, Alaska, have always had close ties despite being divided by an international border for more than a century. COVID-19 travel restrictions enacted this spring, however, have left residents feeling disconnected for […]