Three of the four largest provinces will report their latest COVID-19 case numbers today after a holiday break.

Ontario, B.C. and Alberta did not update their numbers on the holiday Monday, with the latter two provinces last reporting on Friday.

Infectious disease specialists discuss what could happen with the COVID-19 pandemic from the Thanksgiving weekend depending on how Canadians celebrated. They also talk about some new information about COVID-19 transmission on surfaces. 3:57

The results will come too soon after the weekend to determine if Thanksgiving contributed to a feared spike in cases, as it can take up to 14 days before people show symptoms, but provinces checking in coast to coast should give Canadians a clearer idea where the country stands.

As of 7 a.m. ET on Tuesday, Canada had 182,839 confirmed or presumptive coronavirus cases. Provinces and territories listed 154,258 of those as recovered or resolved. A CBC News tally of deaths based on provincial reports, regional health information and CBC’s reporting stood at 9,627.

Meanwhile, a new report says COVID-19 has widened the gap between the haves and have-nots in Canada, amplifying the economic disparities that existed pre-pandemic.

The affordability index by BDO Canada Ltd. found that while one in five Canadians say they are better off, nearly two in five say their personal finances deteriorated during the first wave.

The index, based on polling data by the Angus Reid Group, found that those who are worse off are nearly four times more likely to say their debt load is overwhelming.

The report underscores a yawning chasm between Canadians who are losing ground and those whose financial situation has improved during the pandemic or hasn’t changed. 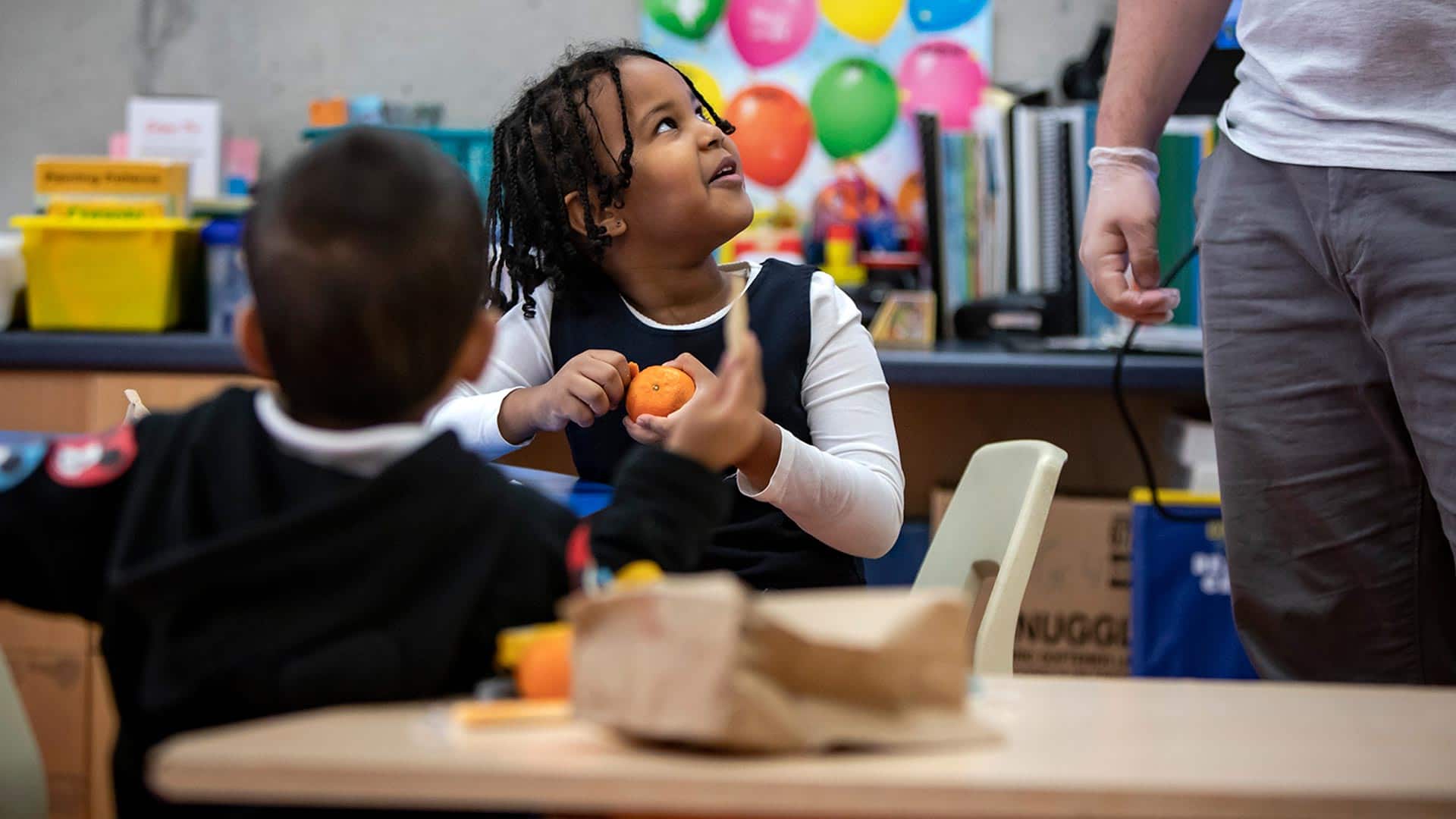 The COVID-19 pandemic has shown the importance of school meal programs across Canada with more than two million students going to class on an empty stomach, the Breakfast Club of Canada says. Programs have been adapted to help kids in school and even when they aren’t in class. 2:05

In the so-called Atlantic bubble, New Brunswick was the only COVID-19 hot spot this weekend. The province is dealing with two outbreaks, one in the Moncton area and the other in Campbellton.

There were six new cases reported Monday and 76 active coronavirus cases in the province. Five people are in the hospital, one of whom is in intensive care. 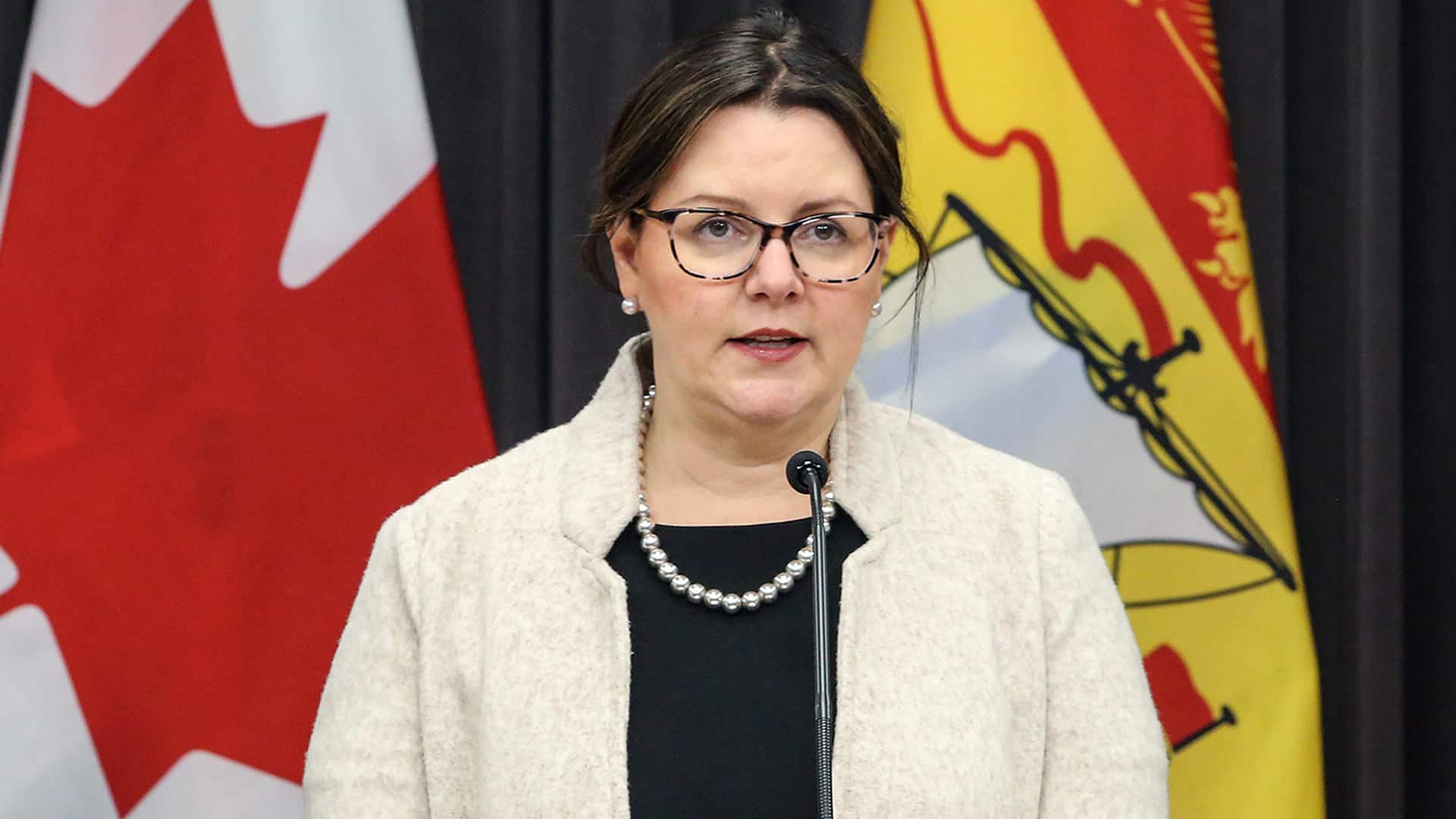 New Brunswick has mandated the wearing of masks in some outdoor public spaces in the two zones experiencing COVID-19 outbreaks. Medical Officer of Health Dr. Jennifer Russell talks to The National’s Andrew Chang about taking the extraordinary move after COVID-19 cases shot up in only eight days. 3:46

Newfoundland and Labrador reported one new case of COVID-19 on Monday.

Nova Scotia had no new cases Monday and four active cases, including one in the ICU.

In Quebec, the province reported 843 new cases on Monday and four new deaths. There are 457 people in hospital, including 75 in ICUs.

Ontario reported 649 new cases of COVID-19 on Sunday, with one more death and four new hospitalizations. There are 217 people in hospital with the virus. Fifty-one are in ICUs, and 32 of those are on ventilators.

Manitoba reported 77 new cases of COVID-19 on Monday. The province also reported two new deaths — a man in his 40s and a woman who was older than 100.

Alberta reported 277 new cases on Friday and one new death. 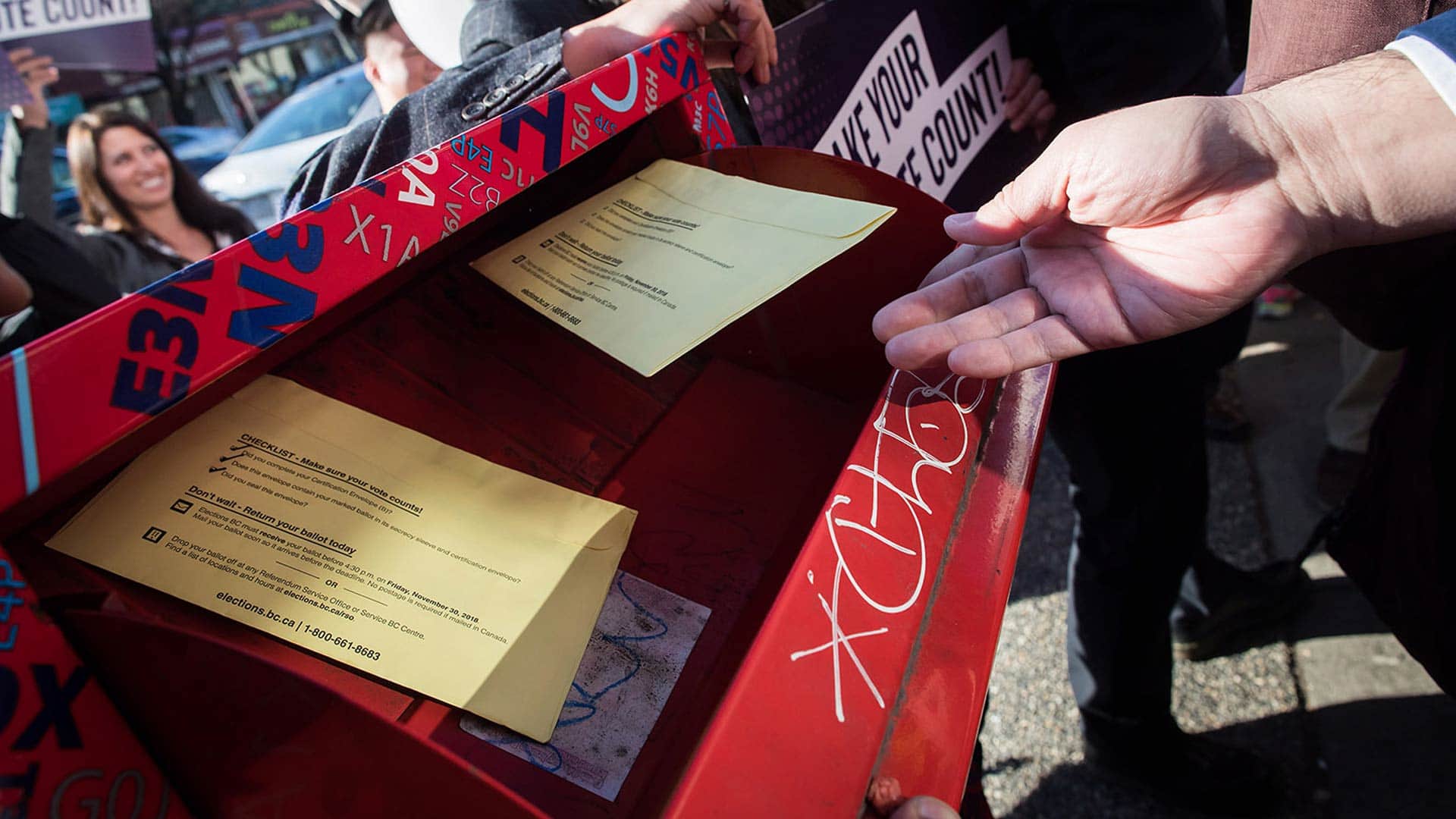 Less than two weeks away from an election, British Columbia has seen an unprecedented increase in mail-in ballot requests. More than 600,000 voters have asked for one, something that could change elections across the country. 1:55

In the territories, Yukon announced a new probable case of COVID-19 on Saturday.

According to Johns Hopkins University in Baltimore, the global total of confirmed coronavirus cases stands at more than 37.8 million. More than one million people have died, while more than 26.2 million have recovered.

The case of a man in the United States infected twice with COVID-19 shows there is much yet to learn about immune responses and also raises questions over vaccination, scientists said on Tuesday.

The 25-year old from Reno, Nev., tested positive in April after showing mild symptoms, then got sick again in late May with a more serious bout, according to a case report in the Lancet Infectious Diseases medical journal.

Scientists said that while known incidences of reinfection appear rare — and the Nevada man has now recovered — cases like his were worrying.

“It is becoming increasingly clear that reinfections are possible, but we can’t yet know how common this will be,” said Simon Clarke, a microbiology expert at Britain’s Reading University.

WATCH | How knowledge about COVID-19 reinfection can help with understanding immunity: 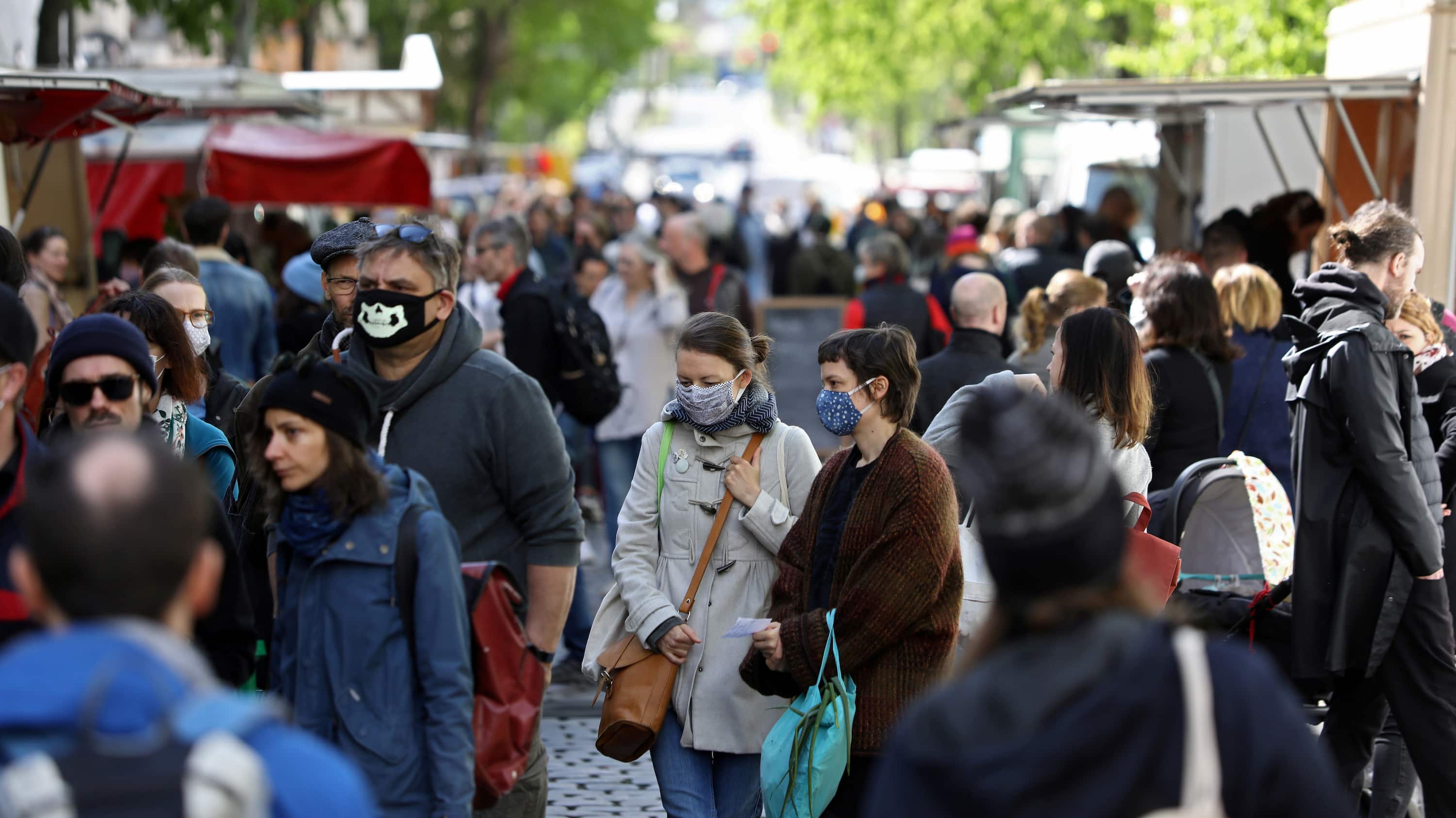 It’s not clear how common COVID-19 reinfection is currently, but a new Lancet study of it helps in understanding immunity and developing a vaccine, says infectious disease specialist Dr. Isaac Bogoch. 2:30

Brendan Wren, a professor of vaccinology at the London School of Hygiene & Tropical Medicine, said the Nevada case was the fifth confirmed example of reinfection worldwide.

“The demonstration that it is possible to be reinfected by SARS-CoV-2 may suggest that a COVID-19 vaccine may not be totally protective,” he said. “However, given the [more than] 40 million cases worldwide, these small examples of reinfection are tiny and should not deter efforts to develop vaccines.”

Governments across Europe are ratcheting up restrictions in an effort to contain the spread of the coronavirus as the continent recorded its highest weekly number of new infections since the start of the pandemic.

The World Health Organization said Tuesday there were more than 700,000 new COVID-19 cases reported in Europe last week, a jump of 34 per cent compared to the previous week, with Britain, France, Russia and Spain accounting for more than half of new infections recorded in the region.

The increasing case numbers are partly the result of more testing, but the UN health agency noted that deaths were also up 16 per cent in the region last week compared to the previous week. Doctors are also warning that while many new cases are currently in younger people, who tend to have milder symptoms, the virus could again start spreading widely in older populations, likely resulting in more serious illnesses.

Conte negotiated with the country’s regions to win limits on private gatherings, over the objections of some governors. Parties in closed spaces are banned, but the measures, imposed Tuesday, are limited to “strong recommendations” against private gatherings in homes with more than six people who don’t live under the same roof.

Bars and restaurants must close by midnight, and drinks can only be consumed at tables — not while standing at the bar or outside — after 9 p.m. Also banned are any contact sports that are not organized by an association that can maintain distancing rules. That means no casual games of Italy’s beloved soccer in local parks.

After mandating the wearing of masks outdoors last week, the government sought the additional measures with the number of new cases rising to around 5,000 a day in the past week. 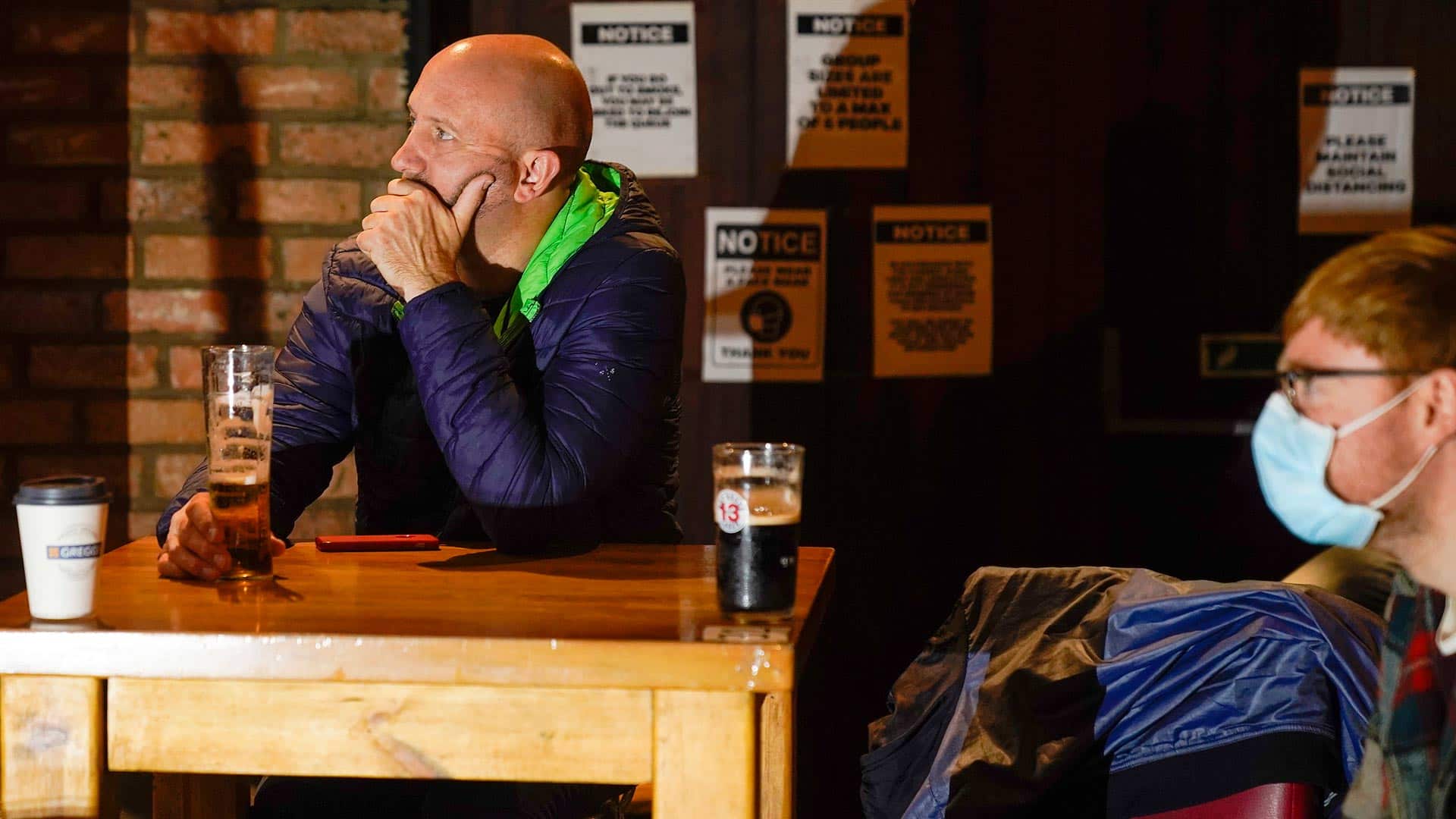 Regional COVID-19 outbreaks have prompted the British government to introduce three tiers of restrictions for England, but as much as this is about bringing down case numbers, it’s also an attempt to harmonize what many there call a frustrating and confusing patchwork of contradictory rules. 2:01

Israel has now recorded more than 2,000 deaths from the coronavirus as the country remains under lockdown for a fourth week to quell the outbreak.

The country — which has confirmed more than 295,000 cases — had garnered praise earlier this year for its swift imposition of travel restrictions to limit the pandemic’s spread, but after lifting the first nationwide lockdown in May, new cases quickly increased.

Prime Minister Benjamin Netanyahu’s government imposed a second blanket lockdown on Sept. 18 as the infection rate per capita grew to one of the highest in the world.

Israel’s infection rate is gradually decreasing, and the cabinet is deliberating how and when the government will start to lift restrictions. 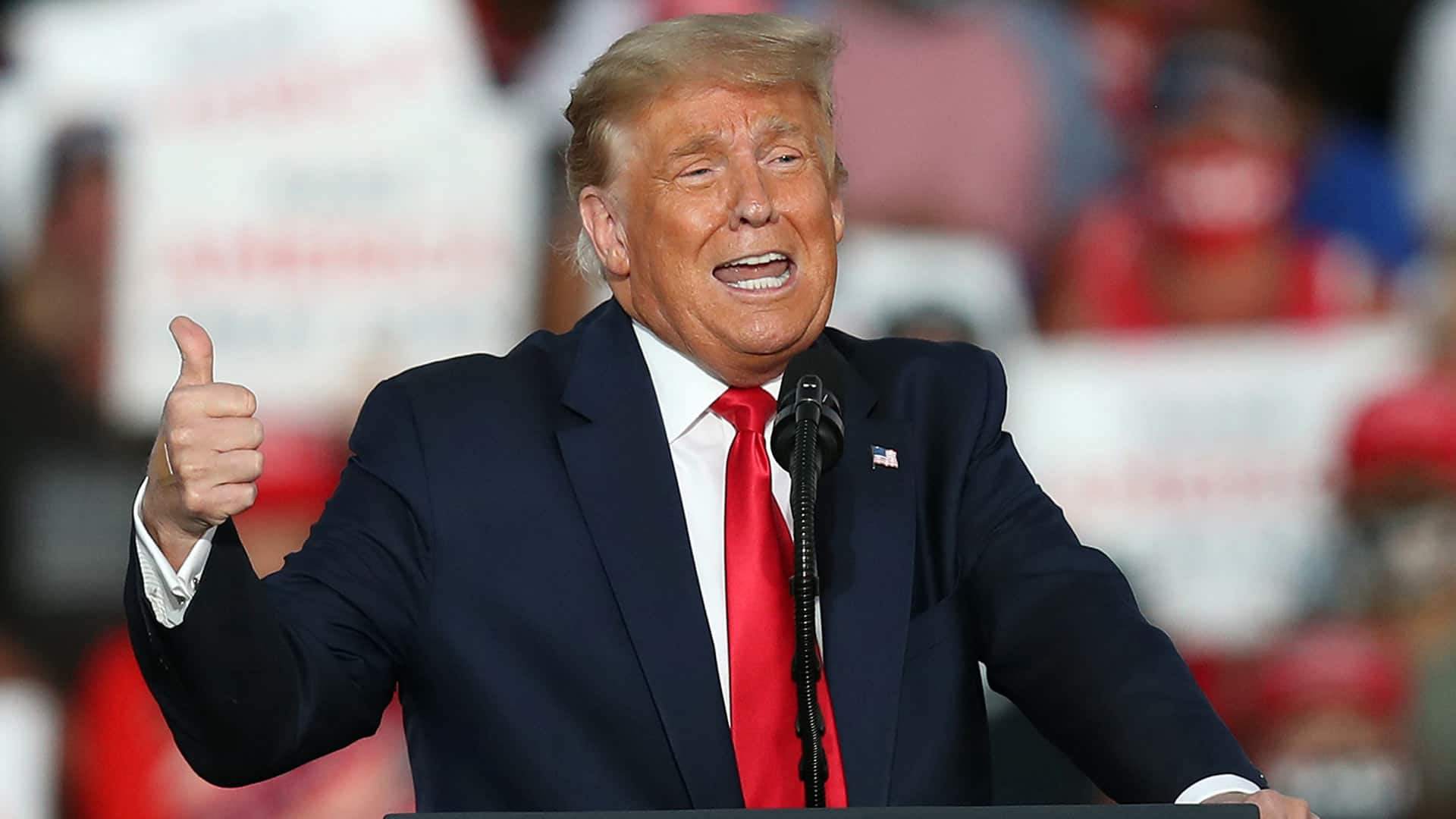 Less than two weeks after disclosing his COVID-19 diagnosis, U.S. President Donald Trump returned to campaigning with a large campaign rally in Florida where he boasted about being immune to the virus, mocked Democratic challenger Joe Biden and took aim at his usual targets — the media and China. 3:29

The Health Ministry raised India’s confirmed total to more than 7.17 million cases on Tuesday but said the country was showing a trend of declining daily cases over the last five weeks.

According to data shared by the Health Ministry, the average number of daily cases from Sept. 9-15 was 92,830. The average has steadily declined since then, falling to under 73,000 per day over the last week.

Meanwhile, India’s testing rate has remained constant, with almost 1.1. million tests being carried out every day.

India, a country of nearly 1.4 billion people, is second in the world in total cases, behind only the U.S., which has confirmed over 7.8 million infections.