The vote, which was considered a confidence measure, earned the support of the more adversarial parties, the Bloc Quebecois and the Conservatives. It passed 306-0.

Ottawa has signed an agreement to buy millions of rapid-test devices for COVID-19, but it hasn’t been approved by Health Canada. The technology promises to detect the virus in less than 15 minutes and many are pushing to speed up its approval. 1:56

The bill introduces a series of new COVID-19 benefits for Canadians to ease their transition away from CERB.

To handle what’s expected to be an unprecedented number of EI claims and a record number of calls over the coming weeks, Service Canada has nearly doubled the number of specialized call centre agents. But it’s still warning people to expect long waits.

Meanwhile in Ontario, advocates for the long-term care sector say the province’s latest plan to shield residents from a second wave of COVID-19 is missing a critically important element: more frequent and thorough inspections of homes.

The Doug Ford government announced on Tuesday more than $500 million in new funding to protect long-term care, the bulk of which will be used to help homes hire workers, purchase equipment and prevent infections.

WATCH | Ontario scrambles to contain 2nd round of COVID-19 outbreaks in nursing homes: 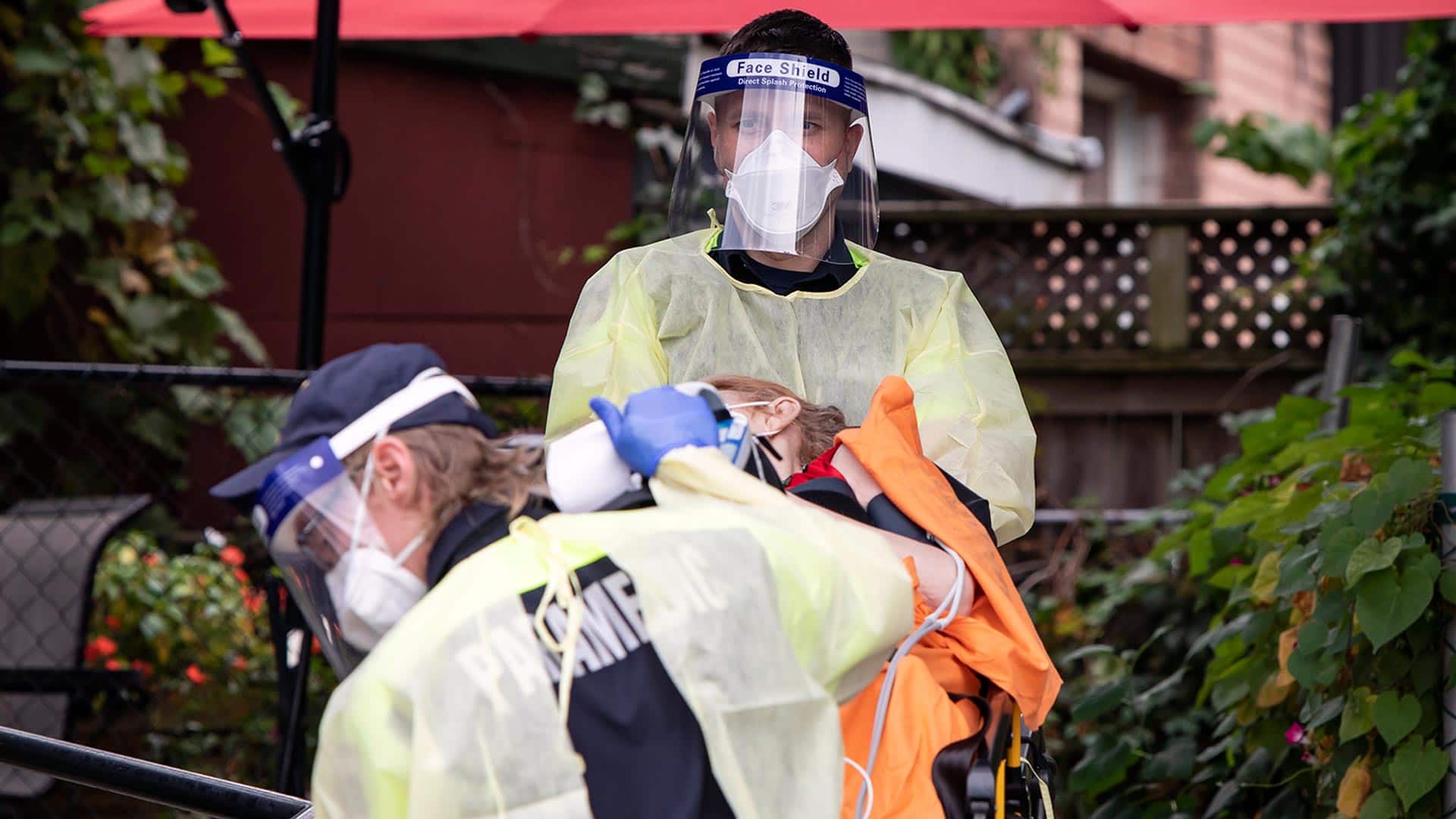 However, the plan does not contain any measures to improve inspections or the enforcement of safety regulations, which advocates describe as an ongoing shortcoming that endangered residents when widespread long-term care outbreaks began in the spring.

“The whole inspection idea has been a problem for a long, long time,” said Carol Dueck, chair of the Family Council Network 4 Advocacy, which focuses on long-term care.

Dueck described a “lack of consistency from home to home” when it comes to safety measures. She said proactive, annual inspections are needed to ensure that homes are following safety protocols and protecting residents during the current resurgence of cases.

As of 5 a.m. ET on Wednesday, Canada had 156,961 confirmed or presumptive coronavirus cases. Provinces and territories listed 133,737 of those as recovered or resolved. A CBC News tally of deaths based on provincial reports, regional health information and CBC’s reporting stood at 9,331.

Now that cold season has started, it may be time to take some symptoms off the COVID-19 checklist, says New Brunswick’s chief medical officer of health.

Dr. Jennifer Russell said her colleagues from across the country have talked about “streamlining” testing requirements to avoid a logjam of tests for people who end up simply having a cold.

Several of the symptoms for COVID-19 overlap with those of the common cold, including a runny nose, sore throat and headache. Those are three of the 10 symptoms British Columbia removed last week.

She said the system can handle the current situation, but if there’s a spike in COVID-19 cases in New Brunswick, then the checklist may have to be scaled back.

Quebec will start using the federal government’s COVID-19 exposure alert app in the coming days, the provincial government said Tuesday, reversing its earlier opposition to the technology in an effort to slow a rapid increase in infections.

The ongoing wave of infections has already prompted the Quebec government to shut bars, restaurant dining rooms and theatres for most of October in the densest areas of the province. Social gatherings at home have also been banned. 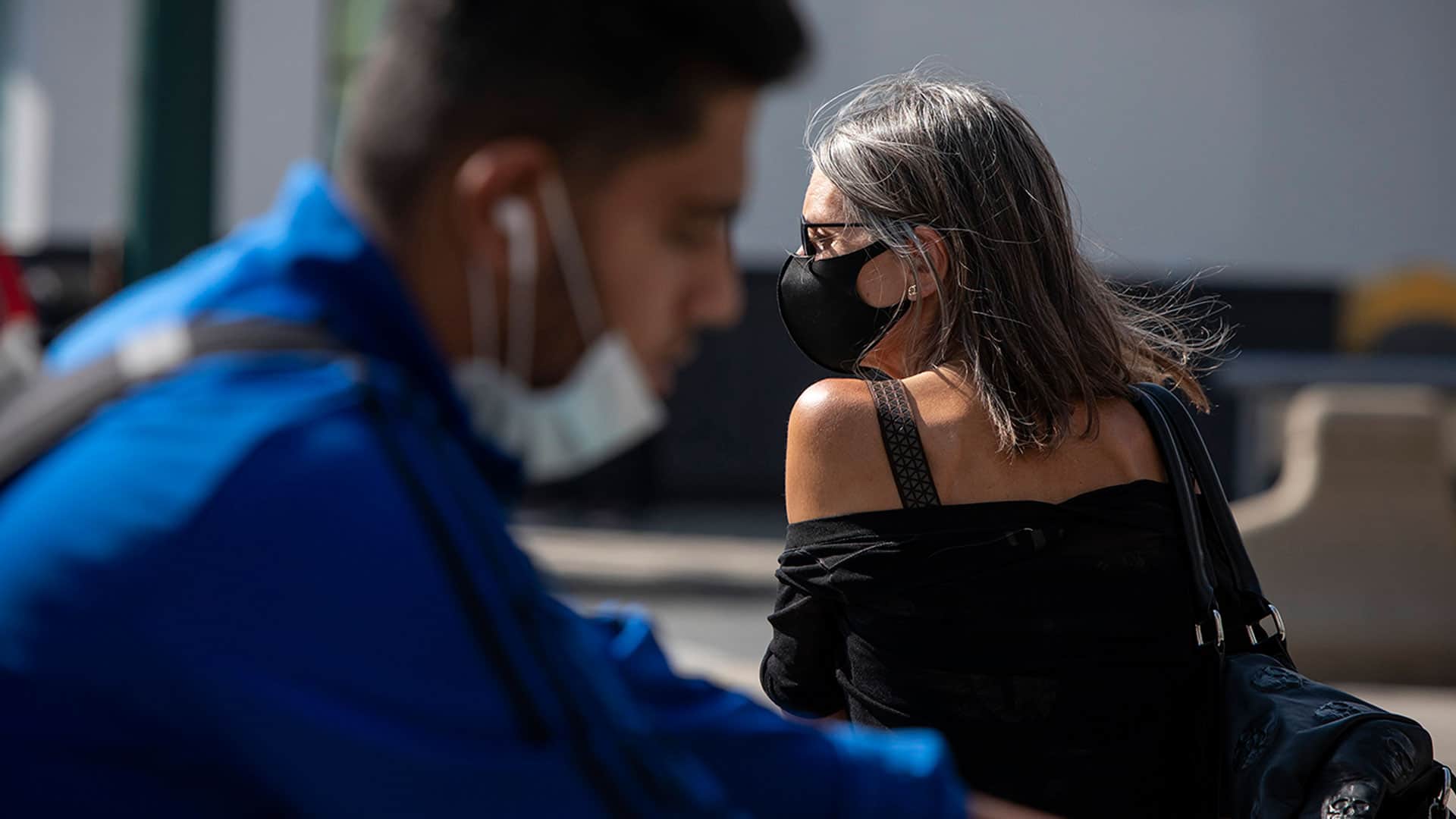 Ontario has put a lot of effort into ramping up its COVID-19 testing, but experts say contact tracing is lagging woefully behind and it may be too late to fix the problem. 2:01

Officials say they have had difficulty tracing those who have been in contact with a positive case, hampering efforts to isolate potentially contagious individuals.

On Tuesday, Health Minister Christian Dubé said he was in the process of finalizing details about adopting the federal app, COVID Alert, which informs users when they have had prolonged contact with someone who tested positive for COVID-19.

According to Johns Hopkins University, the global total of confirmed coronavirus cases stands at more than 33.2 million, while over 22.9 million have recovered.

The United Nations chief says the COVID-19 pandemic has taken “an unprecedented toll,” especially on the economies of many developing countries, and the world has not responded with “the massive and urgent support those countries and communities need.”

Secretary General Antonio Guterres said that in the United States, Canada, Europe and most of the developed world, governments have adopted packages valued in double-digits of GDP to help tackle the coronavirus crisis and its impact.

“The problem is to mobilize the resources to allow the developing countries to be able to do the same,” he told a joint press conference with Jamaican Prime Minister Andrew Holness and Canadian Prime Minister Justin Trudeau, who have been jointly spearheading high-level meetings to try to raise the resources.

South Korea reported 113 new cases of COVID-19, its first daily increase over 100 in five days, as the country entered a holiday break that officials fear would possibly worsen transmissions.

The numbers released by the Korea Disease Control and Prevention Agency on Wednesday brought the caseload to 23,812, including 413 deaths.

Eighty-one of the new cases came from the Seoul metropolitan area, where health workers have struggled to stem transmissions linked to various sources, including churches, medical facilities, restaurants, schools and workers.

There were also 139 additional coronavirus-related deaths reported, taking the total number of fatalities to 10,740.

Wed Sep 30 , 2020
Share on Facebook Tweet it Pin it Share it Email On the family cattle farm just outside Caroline, Alta., Nicole and Bill Houlton are busy doing the daily chores. As they go about taking hay to the cows, there is no outward sign of the health struggles they’ve had over the past three years.  […]