Students and parents across the country continue to encounter challenges in this COVID-impacted new school year, as delays with online classes and impending mandatory mask rules add to the stress and uncertainty.

In Ontario, thousands of families with children signed up for virtual learning with Canada’s largest school board still have not been assigned to their classes.

The Toronto District School Board officially started its new virtual school classes on Sept. 22, after multiple delays. The board says that about 97 per cent of the approximately 78,000 virtual school students have been assigned to a class, which suggests more than 2,000 Toronto students will have missed at least two weeks of instruction.

Parents have also raised concerns with the quality of virtual teaching, with one parent saying classes have been riddled with “lots of confusion, lots of technical difficulties.”

The TDSB has attributed the delays and ongoing struggles in virtual school, which has its own dedicated principals and teachers, primarily to the massive number of students who opted for exclusively online learning this year. There are an estimated 78,000 students enrolled now, a figure expected to grow by about 4,000 after Thanksgiving.

In Quebec, some students and doctors are expressing concerns over a new rule mandating that all secondary school students and staff wear masks indoors at all times in the province’s red zones, where the pandemic surge is at its worst.

Prior to the new restrictions, which take effect Thursday, students Grade 4 and up were required to wear a mask when walking in indoor shared spaces, such as hallways, and while on the school bus, but the province had resisted making masks mandatory in the classroom.

While many parents and experts back the decision to require masks in the classroom to contain the spread of the virus, the rules also present new challenges — potentially aggravating learning disabilities, as well as feelings of isolation and anxiety. 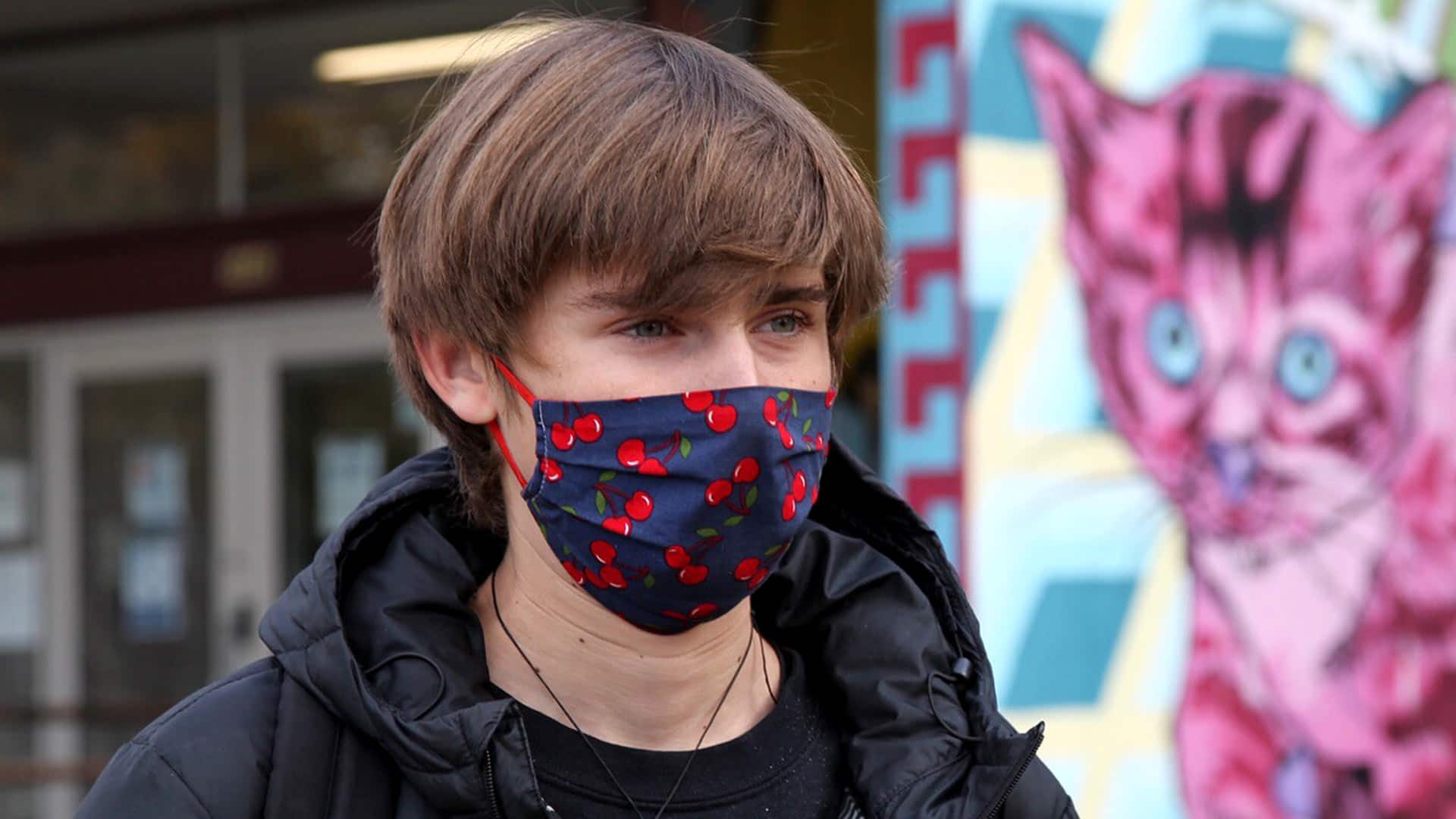 Masks will be mandatory in high schools in Quebec’s red zones as the province adds more restrictions to fight rising COVID-19 cases. 2:01

According to the president of Quebec’s pediatricians association, studies show that class participation will decrease if all students are wearing masks. “Kids with hearing problems, or those with ADHD, they will certainly have much more problems with the mask in school,” said Dr. Marc Lebel.

In Alberta, the board of Edmonton Public Schools will ask the province to suspend diploma exams for high school students in the 2020-21 academic year, saying requiring students to take the provincially administered tests would add pressure to an already stressful learning environment during the pandemic.

With nearly 30 per cent of students learning online, board chair Trisha Estabrooks said the province hasn’t presented a plan to accommodate online learners during the exams, which are normally given in large groups in gymnasiums.

A spokesperson for Education Minister Adriana LaGrange said school divisions are responsible for administering the exams and co-ordinating with their students and families.

As of 8:45 a.m. ET on Wednesday, Canada had 171,323 confirmed or presumptive coronavirus cases. Provinces and territories listed 143,994 of those as recovered or resolved. A CBC News tally of deaths based on provincial reports, regional health information and CBC’s reporting stood at 9,530.

The Canadian military says there have been 222 positive cases of the coronavirus across the entire Armed Forces, at home and abroad, since the pandemic began. In the statement released late Tuesday, the military says 24 of those cases are considered active, while the rest have been resolved.

To date, the military has been reluctant to release much information about the rate of infections in its ranks, offering only mission-specific data related to the deployment of troops into long-term care homes in Ontario and Quebec, rather than overall figures for the 100,000-strong force.

Officials had expressed concern the information could be used by foreign adversaries hoping to take advantage of the pandemic.

The new figures come as the military gets ready for fresh calls to help out during the second wave of the pandemic, which some jurisdictions are already experiencing and others are hoping to stave off.

In Nova Scotia, Premier Stephen McNeil announced that the province will ramp up COVID-19 testing and pilot a gargle test at a Halifax children’s hospital.

At a news briefing Tuesday, McNeil said the province’s primary assessment centres will be larger and open longer with increased staffing, while lab capacity is being increased to process 2,500 tests per day by mid-November.

The premier also said the IWK Health Centre in Halifax is doubling its capacity to increase the speed of testing in children. Beginning Wednesday, the children’s hospital will begin piloting a gargle test for children ages four to 18. 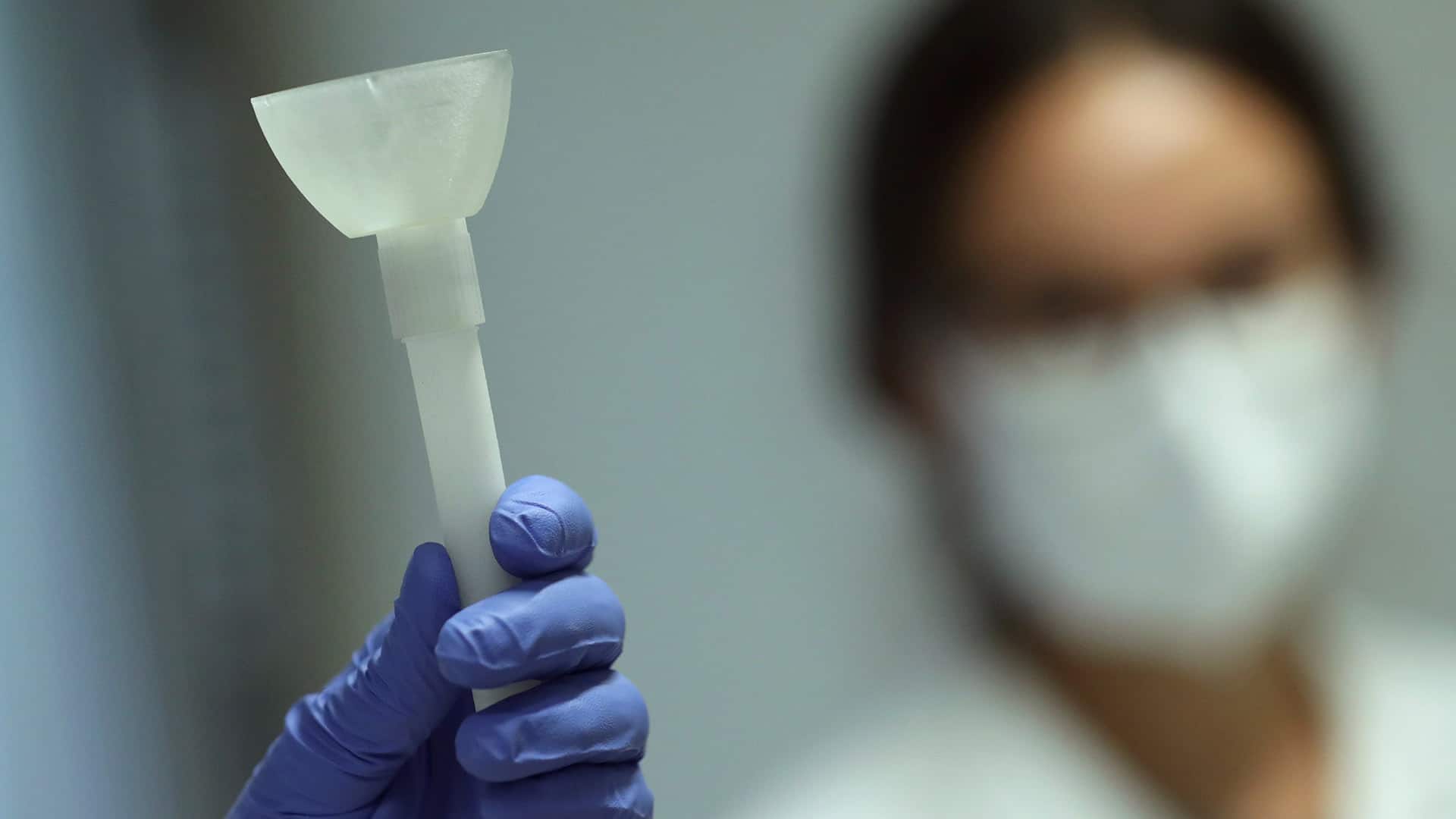 B.C. puts in place spit and gargle COVID-19 tests for children as a convenient alternative to the nasal swab. 2:01

The province reported no new cases of COVID-19 on Tuesday, based on 482 tests done Monday. To date, Nova Scotia has had 1,089 positive cases and 65 deaths related to the virus.

In British Columbia, the provincial health officer said there continue to be exposure events around the province, but that B.C. is again starting to flatten the curve of new cases as it did early on in the pandemic.

“People are doing the right thing and, as evidenced by the latest modelling data, individual actions are making a difference for all of us to stay safe and strong in the face of COVID-19,” Dr. Bonnie Henry said in a written statement on Tuesday.

The province announced 102 new cases of COVID-19 and two more deaths on Tuesday. The number of active cases stands at 1,384, up 31 from Monday. Since the start of the pandemic, B.C. has reported 9,841 positive cases and 244 deaths related to the virus.

According to Johns Hopkins University in Baltimore, the global total of confirmed coronavirus cases stands at more than 35.8 million. More than 1,050,000 people have died, while more than 25 million have recovered.

Spain’s prime minister unveiled a major plan Wednesday to help his country out of recession by spending 140 billion euros ($220 billion Cdn) of European Union aid to reshape the economy, with the aim of creating 800,000 jobs over the next three years.

The program is a response to the sharp downturn caused by the coronavirus pandemic and its worldwide disruption of economies. The plan focuses primarily on getting Spain to transition to green energy and a digital economy, which will take up about 70 per cent of the financing.

Spain this week became the first EU country to surpass 825,000 coronavirus infections. More than 32,480 people in Spain are confirmed to have died from COVID-19 and its capital, Madrid, is experiencing Europe’s worst second wave of infections.

Sri Lankan authorities have banned all public gatherings as a new cluster of COVID-19 expands in the Indian Ocean island nation.The health ministry ordered the public not to conduct public gatherings such as exhibitions, parties, conferences, indoor or outdoor events, carnivals, musical shows and processions.

The government has also widened a curfew in two suburbs of Colombo where many of the patients live. It earlier closed schools and universities and imposed restrictions on public transport.

Health authorities said Wednesday the outbreak centred around a garment factory has risen to 1,022 confirmed infections, while 1,500 people have been asked to quarantine at their homes.

The country has reported 4,252 patients with 13 deaths. Of the total patients, 3,274 have recovered.

New Zealand has again eliminated COVID-19 in the community as life is about to return to normal in its largest city, Auckland. From midnight Wednesday, limits on public gatherings and activities will be lifted, though social distancing is advised.

The Ministry of Health said the last six active cases associated with a minor outbreak in Auckland have recovered, an announcement that Health Minister Chris Hipkins described as a big milestone.

New Zealand went 102 days without a case of community transmission before the Auckland outbreak, which concluded with 186 cases between Aug. 11 and Sept. 25.

Three new cases were reported Wednesday in people quarantined after travelling overseas, bringing the number of cases in managed isolation or quarantine facilities to 37.

N.W.T. has some of the most strict gathering and self-isolation restrictions in the country

Wed Oct 7 , 2020
Share on Facebook Tweet it Pin it Share it Email As the nation’s two largest provinces clamp down on gathering limits amid a spike in COVID-19 cases, the Northwest Territories remains one of the most restricted provinces and territories in Canada.   While the N.W.T. comes upon six months without a […]