Wendy Hamilton-Petkau has been breeding golden retrievers for 38 years, but she’s never seen the kind of demand inspired by the COVID-19 pandemic.

“It’s crazy,” said the owner of the Auburnmist kennel in De Winton, Alta. “I was getting three, four, five emails a day inquiring about puppies. I’ve got a waiting list with 30 names on it.”

She could have added many more to the list but eventually had to tell people to look elsewhere.

But as so often happens when consumers become over-eager — and demand outstrips supply — trouble has developed in the marketplace. Price gouging and even fraud are not uncommon right now.

Hamilton-Petkau isn’t sure exactly what is behind the explosion of interest in pets but has a theory.

“People are home, and maybe they feel this is an opportunity. They’re thinking, ‘OK, we’ve always wanted a dog, but now we’re working at home. We can spend time with a puppy and get it raised to be a nice house pet.'”

The Canadian Kennel Club, which represents breeders of 175 different types of dogs, estimated that inquiries are up across the board by 40 per cent, noting that kennels can barely keep up.

The Toronto Humane Society has seen a similar spike in interest in dogs as well as cats, receiving over 10,000 adoption applications since the pandemic began, according to communications officer Hannah Sotropa.

She said that although the agency doesn’t have numbers available from previous years, the increase in interest is “tremendous.”

Observers say the pandemic pet phenomenon started earlier in the spring, as parents trapped at home with young children concluded the best way to keep everyone happy is by adding a furry friend to the mix.

Other households may have viewed their work from home arrangement as ideal for a pet, while those who were lonely in isolation craved companionship. The trend appears to have stayed strong through the summer and now into fall. 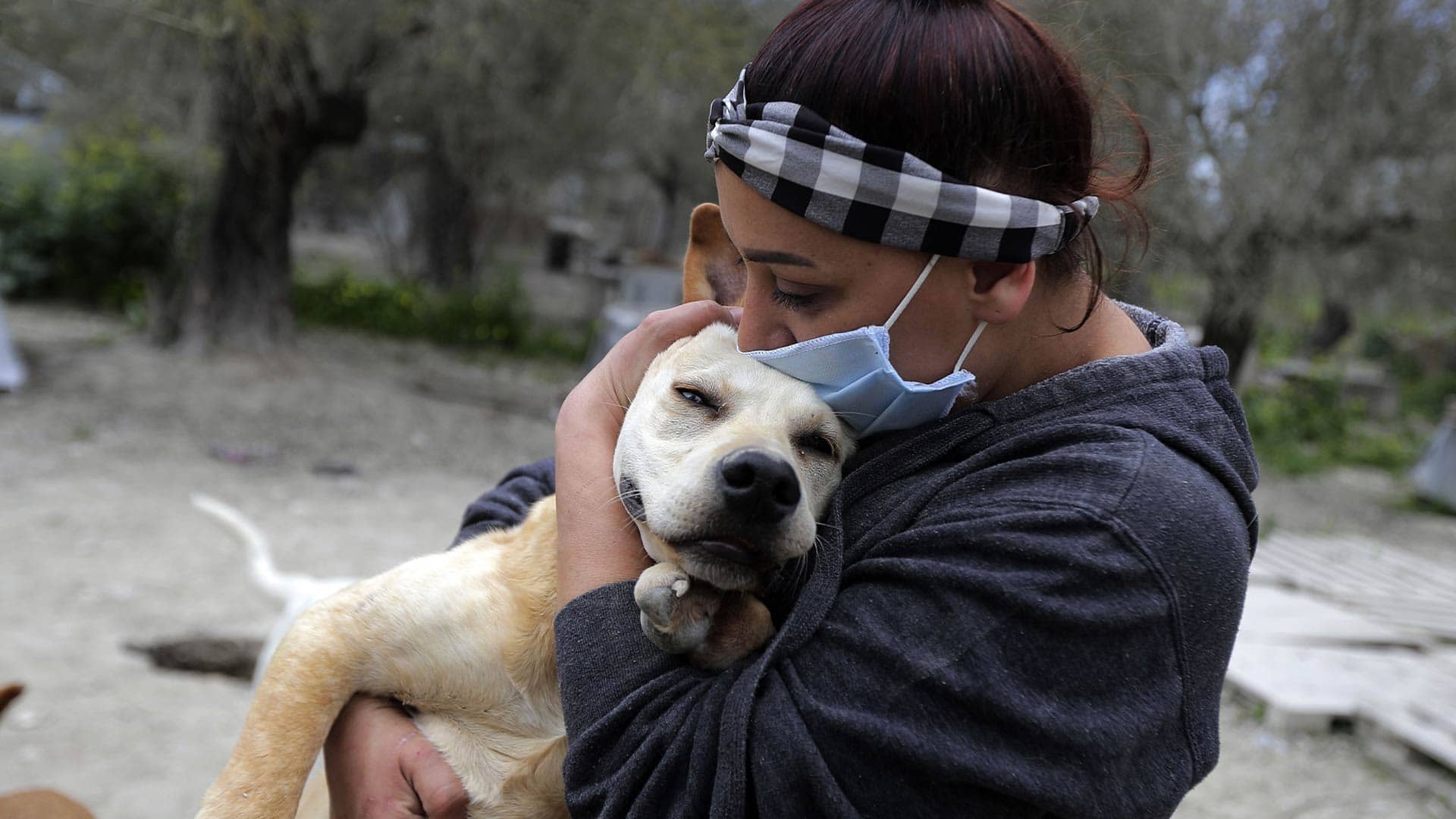 While physical distancing and trying to keep germs at bay, some wonder whether their pets could spread COVID-19. 0:55

‘Animal fraud’ in the marketplace

With such interest, scammers are stepping in to exploit an opportunity. The Canadian Anti-Fraud Centre said there had already been more victims of “animal fraud” by September 2020 than there were in all of 2019. The Centre has received 486 complaints overall, with 295 of those being classified as victims — people who purchased a pet but received nothing. Financial losses this year totalled $455,000, or nearly $1,500 per victim on average.

“We ask people to be diligent in their research,” McDowell said. “Our breeders don’t pump out puppies — they breed maybe every other year, so puppies are not always available, and that’s why there are very long waiting lists.”

She recommended asking for references and even checking with local vets’ offices to ensure the seller is a reputable breeder.

Then there’s the issue of inflated prices. The limited number of available puppies has pushed prices through the roof. In Alberta, Hamilton-Petkau recounted the story of a friend who purchased a poodle-bichon cross for $2,500 that would have likely cost $1,000 at this time last year.

“During the pandemic, a lot of people are seeing this is a way to make some income,” she said.

In Toronto, Ruth McWhannell and her partner paid $1,600 for what has typically been called a “mutt,” a mix of four different breeds.

“I can only assume that it was because of the high demand,” said McWhannell, while playing catch in a park with her new dog, four-month-old Pippin. “It’s more a sellers’ market than a buyers’ market. They can dictate the price.”

How long will the love affair last?

But there may be some bargains around, McWhannell said, as first-time owners begin to realize the cost and time commitment involved with animals. She has already heard stories about people giving up their brand-new pets.

“I heard of a goldendoodle being offered for free,” she said, naming one of the more popular designer cross-breeds.  “Maybe the owners had to go back to work and didn’t have time for it anymore.”

Now with COVID-19 cases surging across Canada and further lockdowns possibly leading to additional job losses, the cost of pet ownership could become an issue for some. The Toronto Humane Society tell applicants to budget $1,500 or more per year to own a cat or dog.

McDowell of the Canadian Kennel Club has a warning to anyone considering a new pet.

“You have to be thinking about these things for the long-term,” she said. “It’s a 15-year obligation. It’s not just to satisfy the need for the pandemic.”

Coronavirus: What's happening in Canada and around the world on Saturday