A second park in North Vancouver, B.C., has been shut down in order to protect the public as conservation officers continue searching for a food-conditioned black bear that bit a child on Friday.

Metro Vancouver closed Lynn Headwaters Regional Park, including the Lynn Headwater trail, as of 7 a.m. PT on Tuesday. The district said the B.C. Conservation Officer Service (BCCOS) asked that the area be cleared.

The Lower Seymour Conservation Reserve is also off limits to the public.

A team of officers with the BCCOS has not been able to catch the bear, which bit a 10-year-old girl along the Rice Lake Loop trail on Friday. The girl was hospitalized with non-life threatening injuries after the bear bit her leg.

The animal took off after the attack.

“We’ve had up to 12 staff … patrolling for the bear and setting up various techniques to see if we can catch the bear. Bear traps — things like that,” said Murray Smith, an inspector with the conservation officer service in the Lower Mainland.

“To date, we haven’t had any luck, but the area is extremely large, extremely remote with a limited trail system into the forested area, so it’s a difficult area to find a bear.”

Smith said the Lynn Headwater trail was closed Tuesday because a bear was seen on the path following a hiker “for some period of time” and chasing a pet dog with its owners along the path.

The officer said he suspects it’s the same bear that bit the child.

The entire Lower Seymour Conservation Reserve was shut down on Friday and also remains closed.

Bear seems to have ‘lost its fear’ of humans

The service said it had received multiple sightings of a small black bear in the park and conservation officers found discarded food and garbage in the area. Officers believe the bear showed signs of food-conditioning and habituation to humans.

“This bear, from everything we understand now, has been seen with some regularity over the trail,” said Smith, saying sightings date back until last fall.

“It seems to have lost its fear of people.”

Smith added the bear likely has plenty of food available in the forest, away from people.

“Of all the years that I can remember on the North Shore, this might be one of the best years we have for food availability for bears,” said Smith, citing a balanced mix of reasonable rain and warm weather.

“There’s no reason for any bear to be looking for any food sources outside of normal bear food.

The forested trails in the park are surrounded by wildlife and the service is urging the public to be cautious when outside.

It recommends walking in groups, making noise and carrying bear spray. Never feed or approach bears or other wildlife.

How to host a safe, socially distanced barbecue this summer | All together

Wed Jul 29 , 2020
Share on Facebook Tweet it Pin it Share it Email Pin it With a few extra safety steps, you can still host a classic barbecue this summer. Photograph: Maskot/Getty Images Since coronavirus has shrunk our social spheres, intimate garden parties have become something of a trend. Thanks to street-wide WhatsApp […] 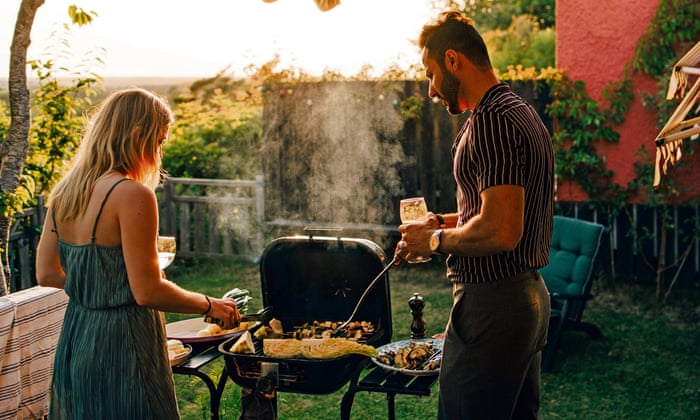