Canadians who lost loved ones when Iran shot down Flight PS752 earlier this year have been reporting an increasing number of threats warning them against criticizing Iran’s response to the disaster.

“These are ugly, insidious crimes, apparently orchestrated at the behest of a foreign power. That is something that would be disturbing to every Canadian,” said former MP Ralph Goodale who is acting as Canada’s special adviser to the government on the incident.

Goodale says two cases of intimidation and harassment were reported to police in the spring. The number of such incidents of which authorities are aware has now increased to 11, he said. RCMP, local police and security organizations are working with Canada’s allies around the world and taking the threats seriously, Goodale added.

Hamed Esmaeilion lost his nine-year-old daughter Reera and wife Parisa when PS752 was shot down by the Iranian military over Tehran on Jan. 8, killing all 176 people aboard. He’s the spokesperson representing an association of victims’ families in Canada seeking justice and he said he has been receiving hateful messages for months.

But the situation escalated after a rally he held on Parliament Hill on Oct. 5, he said.

A suspicious vehicle loitered outside his house that night, pulling up in front of his driveway and then backing up, Esmaeilion said. He also reported receiving a suspicious phone call last week from someone who left a message saying, “Let’s talk about the last moments of your wife and daughter.”

Esmailion said he blocked the number but received a threat in Farsi through his Instagram account later the same day: “Your name is on a list of terror, so enjoy your life before you get killed. And you would be a lesson for out of country traitors.”

Esmailion said he met with RCMP on Friday and was told to keep a record of further calls.

“It doesn’t scare me, honestly,” he told CBC. “This is something we have been through since the beginning and especially in the month of May and June … That was, I think, the peak of insulting and hateful messages that I received.”

He said he believes the messages are coming both from Iran and Canada but he has no idea whether they’re from representatives of the Iranian regime or just from its supporters.

Mahmoud Zibaie, who also lost his wife and daughter when PS752 was shot down, told CBC News that he received a call from someone identifying themselves as the chief investigator of the military court in Iran dealing with the lawsuit for compensation launched against the regime.

Zibaie said the caller told him that he needed to return to Iran to participate in the suit for compensation. He said the compensation is low down on the list of what he wants from Iran.

“In some sense, I can say that I can regard it as a threat because he … kept telling me that, ‘Okay, we have to see each other. You have to get back to Iran. You have to come here and you have to launch a lawsuit,'” he said.

Zibaie said he plans to share the audio of that call with the RCMP.

Javad Soleimani of Edmonton lost his wife on the flight. He said he is not taking the threats seriously because he has no family left in Iran but worries about those with family back home who could be targets for harassment or persecution.

“These threats and families harassment, actually, have been something ongoing from the very beginning,” Soleimani told CBC News. “From hijacking the funeral routine, writing congratulations on your martyrdom on the coffins, and also … detaining some family members in Iran.”

“It’s I think it’s a national threat to Canada,” he said. “I think the only way to deal with these intimidation or threats or concerns for families is that the Canadian government more publicly support families of victims.”

“It is an offence against Canada, It is a crime under the Criminal Code, and foreign interference attacks the very sovereignty and integrity of our country. So it is indeed treated with gravity it deserves,” he said.

The RCMP issued a statement today saying that it is “aware of allegations of intimidation of the grieving families of the PS752 and we take such complaints seriously.”

“While we cannot comment on individual cases, Canadians and all individuals living in Canada, regardless of their nationality, should feel safe and free from criminal activity,” said the statement. 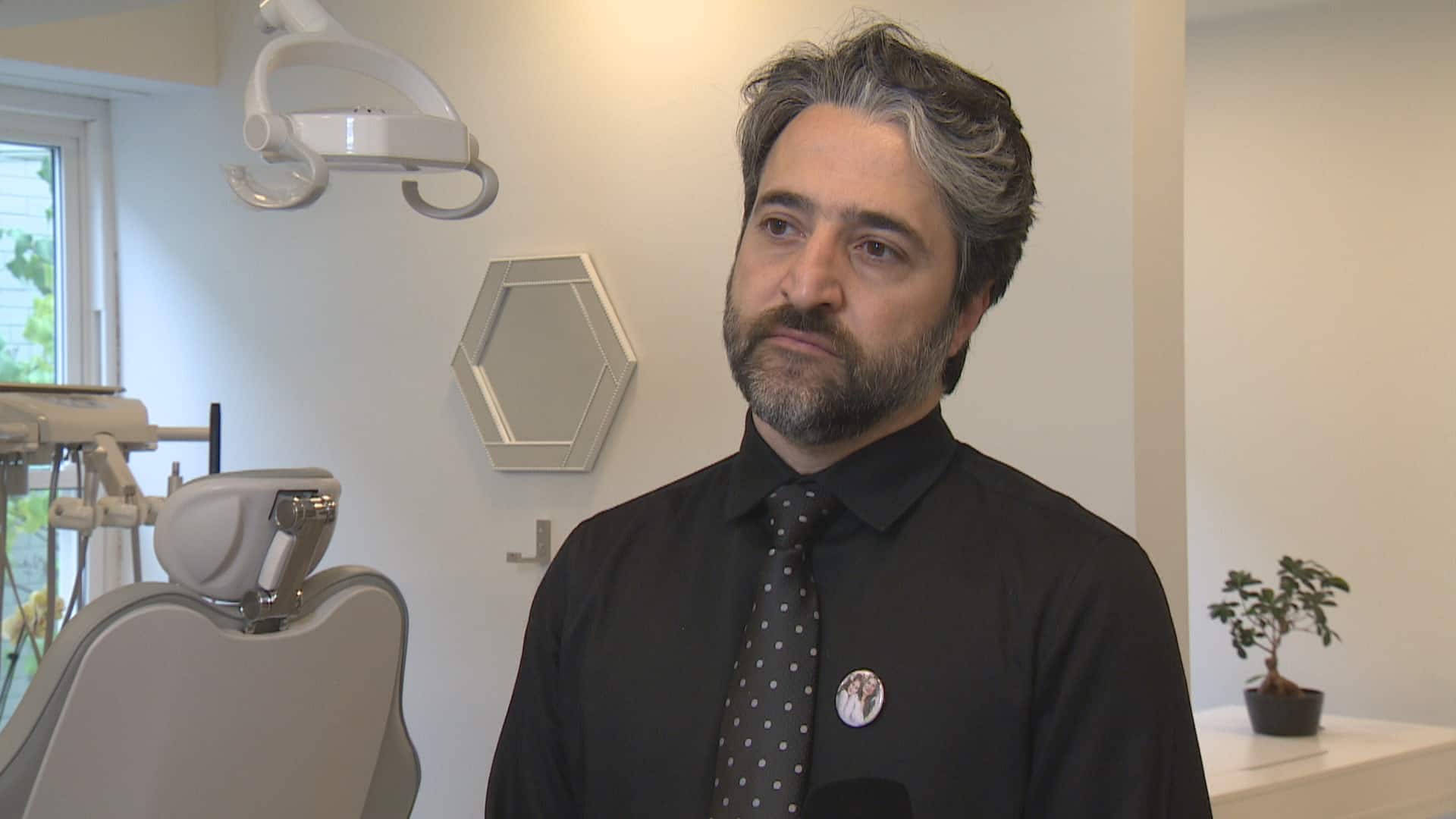 Hamed Esmaeilion lost his wife and daughter when Flight PS752 was shot down in January. He describes the threats he’s received for speaking out against Iran’s regime. 1:25