Ian Hussey could drone on and on about his love of bees but the Port Blandford beekeeper hopes his new hive hosting program will let the bees create a buzz for themselves.

Also known as The Bearded Beekeeper, Hussey is renting out his bee hives to people who are interested in beekeeping but are worried about the commitment.

For a monthly fee, he’ll set up a hive on a property that’s within a 120 kilometres of his apiary and take care of it all summer.

“I come pick them back up in September and once the honey is extracted, we share the honey,” he said.

Besides jars of golden sweetness, customers also get to see their own gardens flourish with all those pollinators flying around.

Hussey sees it as a good fit for farmers or homesteaders who want the benefit of bees without the work that goes with it, or for people who are interested but aren’t sure where to start with beekeeping.

She and her husband have a homestead in Musgravetown, and though they were very interested in bees, they weren’t ready to dive into beekeeping just yet.

“I’m rather nervous to try to take it all on myself. So when this opportunity came, I jumped at it. I thought it was it was really exciting,” said Boone.

Hussey, who’s also the vice president of the Newfoundland and Labrador Beekeepers Association, said there are a lot of people out there like Boone and her husband: people who want to keep bees but have no one to learn from. By passing on what he knows, Hussey hopes the whole industry will grow.

“I do all the work and Sheila gets to watch six feet apart,” he said. “I educate her on everything as I’m going along and hopefully, by the time next year rolls around, she’ll be looking to buy a hive instead of just hosting one.”

Boone agrees and said she hopes to learn a lot from Hussey and from “watching the bees do their magic in the garden.”

Between running his own farm and the apiary, Hussey expects to be a busy bee this summer. It’s his first year renting hives and he’s already been swarmed with request.

“It’s been pretty overwhelming to be honest. I didn’t expect it to take off like it did,” he said.

“I have another five participants waiting to get their hives now and many more looking to get more details on how it all works and stuff. So yeah, it’s it’s been great.”

Hussey said he’s already looking at splitting his colonies to create more hives to rent for next year.

‘I fell in love with crafting during lockdown’: how a homework project unleashed one parent's creative juices | Hit refresh

Tue Jun 23 , 2020
Share on Facebook Tweet it Share on Google Pin it Share it Email Pin it Crafting with the kids is fun for them, and can relieve your own stress. Photograph: SeventyFour/Getty Images/iStockphotoThe last thing I needed in lockdown was yet another email from my son’s school. For his history homework […] 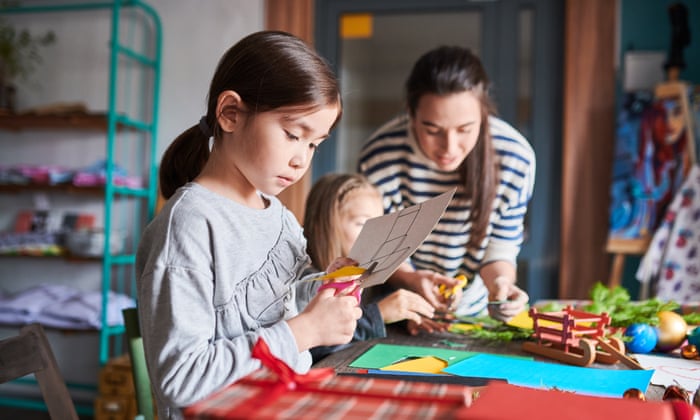