In 2016, Russia rooted for Trump to win. Now, polls suggest lack of interest in U.S. election

If the only news source in your life was Russian state TV, chances are you would come to the conclusion that the outcome of next month’s U.S. presidential election really isn’t such a big deal after all.

You might also conclude that the divisions in American society are so deep, and the country has fallen apart so fast, that nothing that happens in the Earth’s most powerful nation really has much impact on the rest of the world.

“For us, I say [it’s like] two football teams from some foreign country: We don’t care who wins. We just watch how they chase the ball around.”

Kiselyov, 66, is often derogatorily referred to in Western media reports as Russia’s “chief propagandist.” He is also the only journalist on Canada’s Russia sanctions list, referred to in the official listing as a “known associate of President Vladimir Putin.”

Largely because of his inclusion on that list, Kiselyov has repeatedly rebuffed requests for an interview with CBC News, but this week he relented — inviting our team from the CBC’s Moscow bureau to watch his program go to air and to talk about the upcoming U.S. election.

His show draws more than 18 million viewers each week and offers insights into the thinking of many in the inner circle of Russia’s government.

“The degradation of the United States has been going on for the last 10 years, and now it’s obvious they have totally lost moral leadership,” Kiselyov told us on his set.

But what about the economic might of the United States?

Or the powerful U.S. military?

Russia has nuclear weapons, too, he countered.

Or the potential of the U.S. to punish Russia? Let them turn off the internet — we’re ready for it, Kiselyov said.

“But what’s the point? We feel great!”

It would be easy to dismiss Kiselyov and his doom-saying — except he’s known to be close to Putin, his show has a massive audience and some opinion polls appear to support what he’s saying: that most Russians really have tuned out of what’s going on in the U.S.

In a poll this week by the Public Opinion Foundation (FOM), 42 per cent of Russians surveyed said they weren’t following the U.S. contest much at all. Only five per cent reported having positive feelings about Joe Biden, and most said they had no opinion of him at all — even though he was vice-president under Barack Obama for eight years.

Nonetheless, many other Russia watchers say Kiselyov’s bleak view of the United States as a receding superpower is more a Kremlin fantasy than reality.

WATCH | How the U.S. presidential election is playing in Russia: 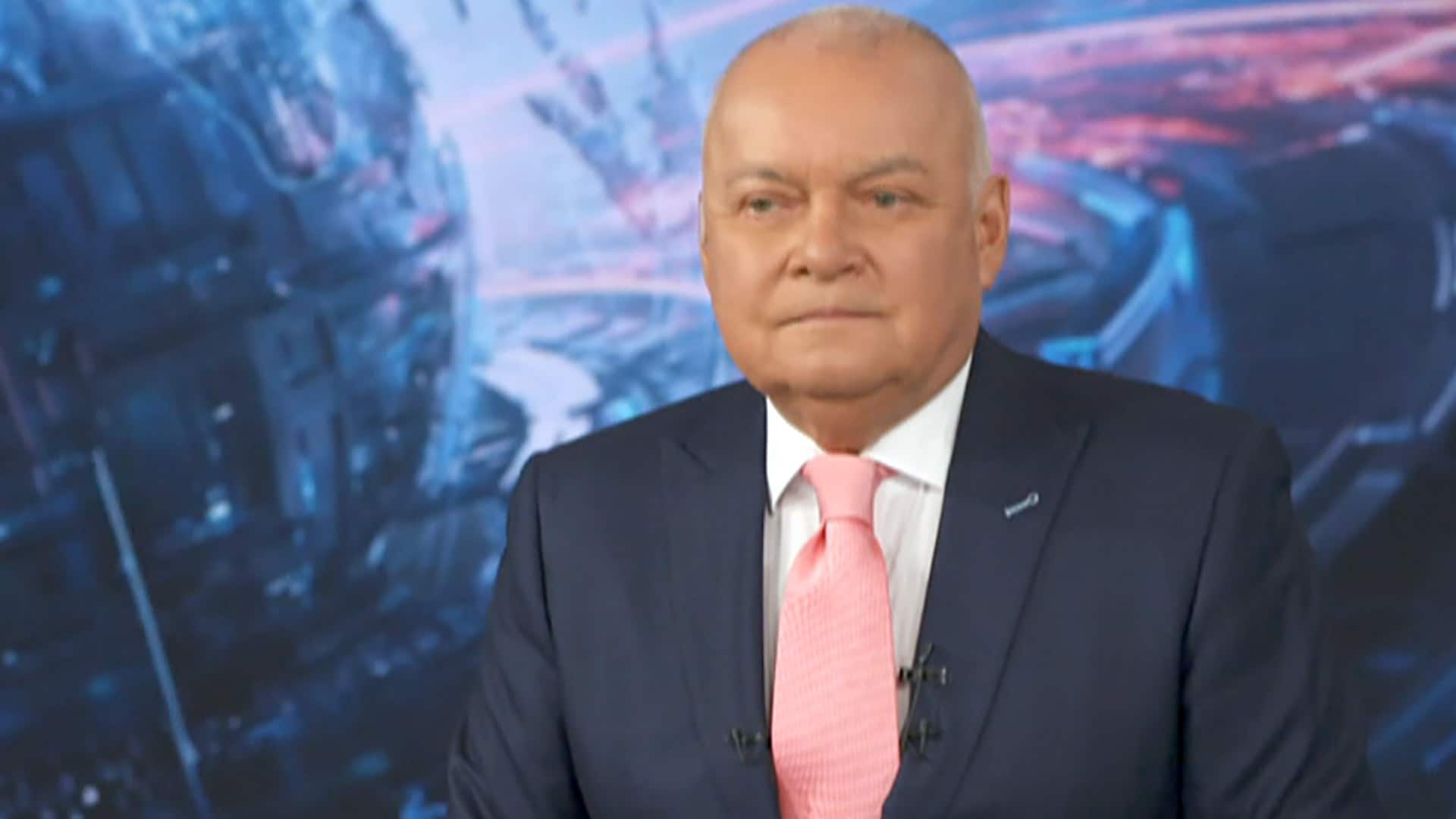 The most popular programs on Russian state TV are saying the 2020 election doesn’t matter because the U.S. is a fading superpower, but many Russians don’t feel that way. 4:51

“I wouldn’t discard the United States, it is important,” said Andrey Kortunov, director general of the Russian International Affairs Council, an academic and diplomatic think-tank.

More universal, though, is the feeling that Donald Trump has not lived up to advanced billing as someone who might be good for Russia.

Anyone who’s read any of the several U.S. congressional reports into the 2016 election or the report of Special Counsel Robert Muller knows that Trump was very much the Kremlin’s guy four years ago. And a multitude of Kremlin-linked agencies and fake-news troll farms worked vigorously in the shadows to try to tip the scales against Democratic candidate Hillary Clinton.

This time, although local Russian media reports suggest the notorious St. Petersburg troll farm is still churning out made-up stories, the issue of any alleged Russian meddling has been much less prominent.

Putin hints at preference for Biden

Trump has now become the regular butt of jokes on Russian television — especially about his strangely deferential relationship with Vladimir Putin.

It read: “My name is Donald. If I get lost, call the Kremlin.”

And English-language news channel RT made what appeared to be a commercial showing a defeated Trump taking up Putin on his offer of a job — as a TV host on RT.

In an interview on Channel 1 this week, a clearly reticent reporter first apologized for his question and then cautiously asked Putin about claims that Trump is his “puppy.”

“What can you say?” replied the Russian leader. “This is a manifestation of the level of [U.S.] political culture — or lack thereof.”

But in that same interview, Putin offered some hints about whom he might like to see in the White House after the Nov. 3 vote: “The intentions that President Trump spoke about earlier have not been fully realized,” he said.

“Decisions on imposing new sanctions or expanding previous ones were made 46 times,” Putin said of Trump’s record on Russia.

Instead, he suggested he might be closer to Biden ideologically, as both men share values such as “equality and brotherhood.”

“Candidate Biden has said openly that he was ready to extend the New START [Strategic Arms Reduction Treaty] or to sign a new strategic offensive reductions treaty. This is a very serious element of our potential collaboration in the future,” Putin said.

Andrey Kortunov, the political scientist, said Putin has already outlasted four U.S. presidents, so this kind of pre-election posturing is predictable but not insignificant.

“The message is: I wanted to be nice to Trump. He did his best. He failed because of the political turmoil in the U.S., but we are ready to work with Joe Biden.”

“Kiselyov exists to demonstrate how moderate the Russian president is,” he said.

As for Kiselyov, we couldn’t leave his studio without asking him how he felt about being sanctioned by Canada — which essentially means he can’t visit or transit through the country, and any potential banking activities in Canada are curtailed.

“I never did anything bad to Canada,” he said in his first on-the-record comments on the topic.

“It seems to me that this is stupid and absurd.”

He then told a story about a trip through Toronto’s Pearson International Airport and how bizarre he thought it was to have American pre-clearance customs officers stationed on Canadian soil.

It’s an indication, he said, that Canada isn’t really its own sovereign nation.

“You are like a puppet of the U.S. and holier than the Pope. Well done. My congratulations.”

Zoom calls and online shopping: Life on Canadian farms in 2020