Multiple infected inmates at the Calgary Correctional Centre tell CBC News they are living through “inhumane conditions” — in cells typically reserved for those deemed to be the jail’s most disruptive prisoners — while a wave of COVID-19 rapidly spreads through the facility.

Over the past number of days, some inmates who contracted COVID-19 at the facility have been moved into “the hole” — otherwise known as solitary confinement or administrative segregation.

That form of imprisonment is typically reserved for those prisoners who are deemed to have violated the rules of the prison.

But as of Monday, the cells were filled with exhausted and frightened inmates who say they are living in filthy conditions while they feel sick, scared and depressed.

CBC News interviewed six inmates currently in solitary confinement at the facility for this story. Using “a little bit of teamwork,” inmates moved the unit’s phone on wheels cell by cell and put their hands through prison bars to take their turn at the receiver and describe their situations.

On Friday, Alberta announced the outbreak at the facility had more than doubled since being announced Thursday — jumping to 55 cases, including 50 inmates.

CBC News has agreed to use pseudonyms for the inmates and their relatives outside of the facility, as they fear punishment in the facility should they be identified.

“I mean, they’re criminals, but they’re scared,” said Linda, whose loved one tested positive for COVID-19. “[My loved one] was in tears on the phone yesterday, because he didn’t know what the hell was going on.”

Put into ‘the hole’

After testing positive for COVID-19, inmates say they were put in “the hole” — otherwise known as solitary confinement — where prisoners are typically housed as punishment.

“I don’t know why we’re in solitary,” James said. “We’re not in trouble or anything, right? But it sure feels like we are.”

Prison rights advocates and health experts have long said solitary confinement amounts to “cruel and unusual punishment” and the United Nations, under the Mandela Rules for the treatment of prisoners, says prisoners can only be kept in such conditions for a maximum of 15 consecutive days.

Exacerbating the fear and anxiety among the prisoners in “the hole” at the Calgary Correctional Centre is their recent diagnosis of COVID-19.

Many expressed their unfamiliarity with the particulars of the virus, its lasting effects or the typical scope of recovery. They said they had received intermittent and limited medical attention while in solitary, one adding that all he was told was that “99 per cent of you will survive.”

The cells themselves typically are used to house just one inmate. But amidst the outbreak, many cells have been doubled up, two inmates sharing the tiny space.

There’s only one bed in these cells. With two to a cell, inmates said it means one of them is forced to sleep on an uncomfortable mattress on the concrete floor.

Many inmates expressed disgust at the state of their cells as they arrived into solitary. Many wondered aloud if their cells had ever been cleaned.

Others said they requested cleaning supplies so they could clean their own cells, but none have been provided as of yet.

“You should see our toilets,” Liam said. “It’s like, nasty. It’s not only that, but it’s the smells in here too.”

Some of the toilets are not currently functioning, so some inmates said they frequently smell the scent of urine and feces. Others said the walls in the unit are scattered with lumps of phlegm and feces, thrown at the walls by past embittered prisoners.

I haven’t had fresh water to wash my hands.– Mark, an inmate

It makes it difficult to eat the food, which isn’t exactly appetizing to begin with.

“We’re both sick, barely getting outta bed here. They should be giving us soup,” Liam said. “My roommate here hasn’t eaten the food in four days. Like, he’s sick, right? And it makes us more sick when we eat it, it seems like.”

Elijah said on Sunday, they were served what was called meatloaf, but added he never had meatloaf that smelt like dog food.

“I looked at the meatloaf and I almost puked. I had my face in the toilet yesterday, because just the smell of it made me want to puke,” Elijah said.

Inmates were finally given “freezing cold” showers on Sunday morning, the first time in three days, but Mark said afterwards they had to change back into clothes that haven’t been washed in a couple of weeks.

The inmates were also finally given the opportunity to leave their cells during yard time on Sunday morning, but their only opportunity to do so was at 6 a.m. The weather at 6 a.m. Sunday was -17 C.

“Who wants to go outside at 6 a.m. when they’re sick and it’s freezing?” Elijah said. “That’s what they do to the people who are being punished.”

Inmates also said the large fans that circulate fresh air within the facility have been turned off so as to reduce spread of the virus.

“The condensation was so thick, that they couldn’t even see through their windows,” Linda said.

Since he was diagnosed with COVID-19 and moved into solitary confinement, Noah said he started to feel extremely depressed.

Much of those feelings he attributed to being abandoned as a child, feeling as though he didn’t belong anywhere.

“I feel like I’m an outcast, and I feel like I’m being treated differently, even in here,” he said. “I don’t know what to do. I’m very depressed, and this makes things a lot worse. I feel lost.”

Another inmate with a serious pre-existing health condition said he is worried that his body won’t be strong enough to fight off COVID-19.

“I’m nervous, I’m scared, I wanna get out of this unit right now,” he said.

Others, who say their sentences were drawing to a close before they caught COVID-19 and were put into confinement, worry about what the illness means for their future.

“It’s making me feel worried, and lost hope, and I’m worried about my family,” Logan said. “I feel like I’m stuck here to die.”

Government says safeguards are in place

CBC News provided a list of charges levelled against the conditions at the facility by the inmates to the province.

In an email, a spokesperson for Alberta Justice Minster Kaycee Madu said the province had put many safeguards in place in partnership with the onsite health-care provider, Alberta Health Services.

“At the Calgary Correctional Centre, additional measures are being taken to further help prevent the entry and spread of COVID-19,” said spokeperson Ina Lucila. “By their nature, many of these protective health measures, such as isolating inmates to prevent the spread of infection, can result in changes such as separating inmates into different spaces than normal.”

Lucila said other changes might include adjusted routines, such as when an inmate is out of their space, as well as the timing of meals, phone access and laundry.

“Inmates still receive their basic needs, including meals, medications and mattresses, and maintenance such as unclogging pipes is done as quickly as reasonably possible,” Lucila said.

Staff and inmates are encouraged to raise their concerns, Lucila said, adding that concerns are reviewed and corrective action is taken as needed.

“Provincial correctional and Alberta Health Services staff are working hard to maintain safe and secure centres while taking many precautions to protect everyone’s health,” she said.

Edmonton-based lawyer Tom Engel said that the situation described by the inmates was “absolutely unacceptable.”

“It would be found by any court to be cruel and inhumane, and in violation of international standards, domestic standards,” Engel said. “Certainly violating the Charter of Rights and Freedoms.”

Engel said he hoped the situations described would “outrage any member of society outside the prison walls.”

“Medical care in Alberta jails is bad generally. This absolute lack of medical care, for people who are [panicking] because they’re put in isolation, all with COVID-19,” Engel said. “So you have somebody who is sick, and worried about their health, put in with a bunch of other sick prisoners, and some of them may have mental health issues, who knows.

“It’s a terrible, terrible situation for anybody, let alone prisoners who are very vulnerable to this type of situation.” 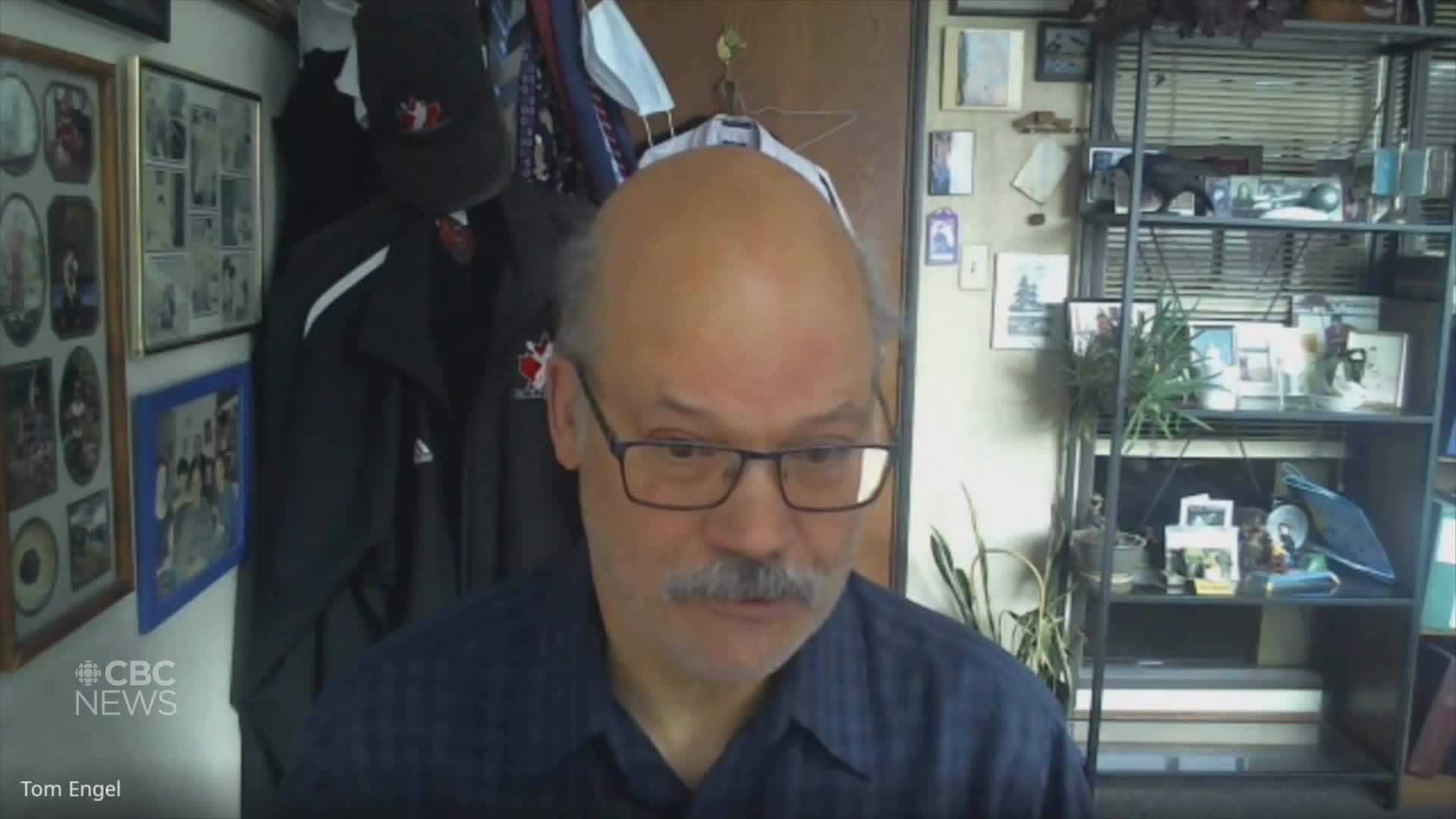 Engel previously told CBC News that given the large numbers, it was necessary to immediately reduce the prison population at the facility.

But beyond that, Engel said that these prisoners now needed to contact lawyers.

“If any prisoner is hearing this or reading this, start taking notes. Start taking a diary of what’s going on here, because they may be called to testify about it later,” he said. “That’s my advice.”

Uncovered: How a new campaign is helping Black women come to terms with breast cancer surgery

Mon Oct 26 , 2020
Share on Facebook Tweet it Pin it Share it Email Michelle Audoin sat in the doctor’s office in 2017 going over her surgical options. Diagnosed with metastatic breast cancer, the Toronto mother of two found herself sifting through copious pamphlets, desperate to find out what her body and scars would look […]