Former prime minister John Turner was honoured as a principled politician, a loyal friend and a passionate protector of the environment today as family, friends and dignitaries gathered in Toronto for a scaled-back state funeral.

Prime Minister Justin Trudeau told mourners Turner was a “great Canadian” who fought tirelessly to protect the environment and to build a more just Canada.

He recalled how Turner said that democracy doesn’t happen by accident.

“He knew we could rise to any challenge, and meet any moment, if we believed in one another and stood together,” he said.

“Today, more than ever, we need people like John. His legacy calls on us to not wait for change to happen, but to stand up and build a better country for everyone.”

Due to the pandemic, public health protocols — including mask wearing, sanitizing and physical distancing — were followed at the church service at Toronto’s St. Michael’s Cathedral Basilica.

There will be no public lying-in-state for public viewing and the church service was by invitation only.

Turner’s friend Richard Alway told the gathering the former prime minister had a pragmatic and conciliatory style that served him well as he dealt with the provinces on constitutional matters, advanced major justice reforms and sold official bilingualism to western premiers.

Alway said Turner took deep pride in his efforts to introduce legal aid to make the justice system more accessible, and in his work on changes to the judicial appointment process to ensure selections are made on merit rather than political ties.

“One looks to our south today to see the value of that reform,” he said.

Turner had ‘a gift for friendship’

Alway recalled how Turner’s private life was focused on family, friends and faith.

“He had a positive personality and a gift for friendship. And his friends are legion,” he said.

Turner was also remembered for his accomplishments as a champion sprinter and swimmer and for his efforts to protect the environment.

“I think John Turner’s wilderness identity contributed much to the granite resolve and clarity of purpose that made him one of the great leaders of this nation,” said friend Michael de Pencier in a tribute.

Daughter Elizabeth Turner said her father loved nature and the outdoors, and when people complained about the weather he would ask: “Are you a Canadian or a tourist?”

She said he was kind to everyone he met, from barbers to restaurant waiters.

“John Turner believe in taking the high road. He set an incredible example, whether struggling with back issues in the 1984 and 1988 campaigns, addressing negative commentary from the press, or dealing with spiteful treatment from his own party members,” she said.

“He handled himself with great grace and dignity.” 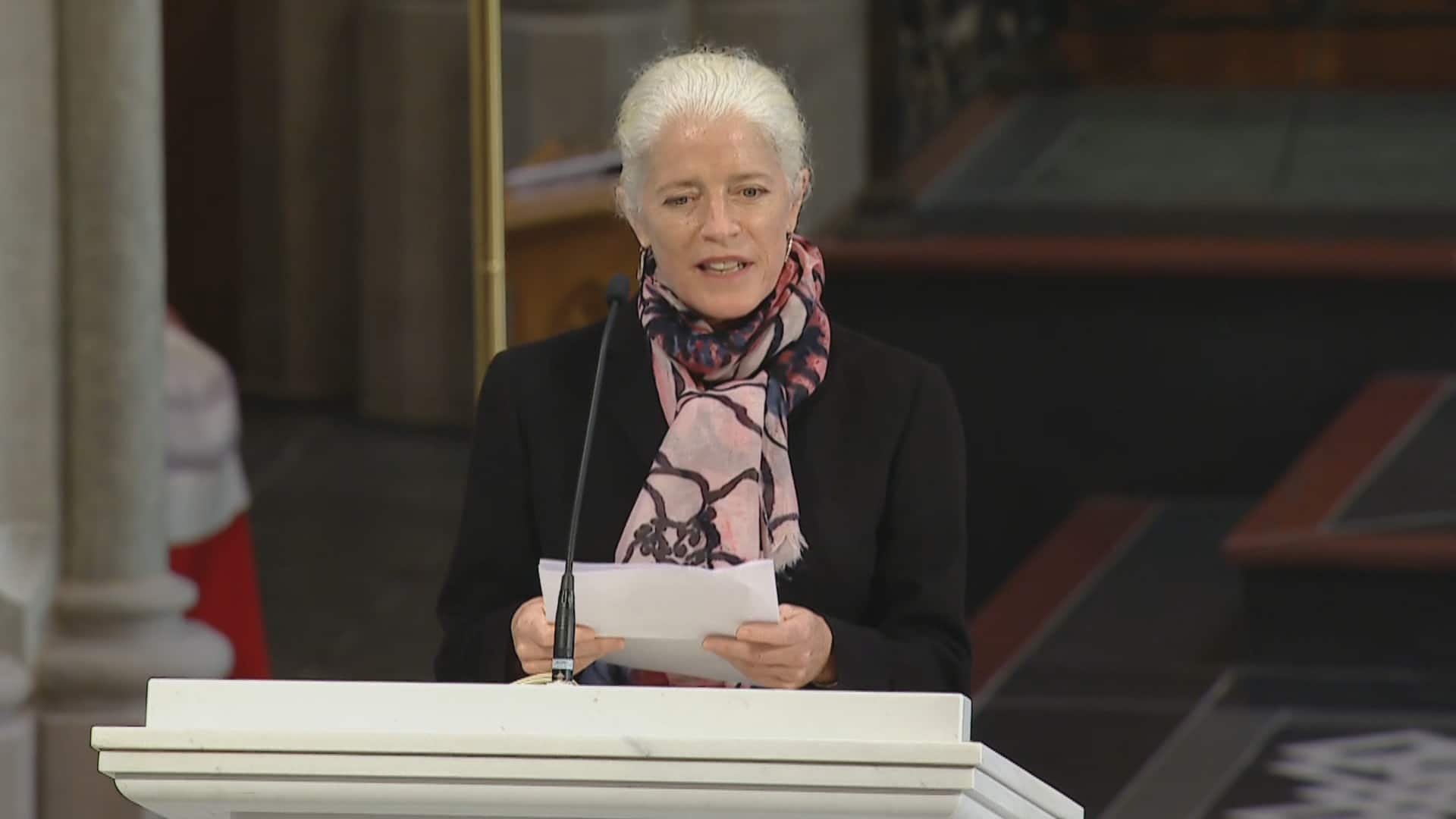 Former Progressive Conservative prime minister and cabinet minister Kim Campbell said she didn’t always agree with Turner but she always respected him. Calling him a remarkable Canadian, she said he had a decency about him that was widely admired.

Former Liberal cabinet minister Ralph Goodale called Turner a “wonderful friend” who was always helpful. He recalled how Turner kept track of his friends’ birthdays and would call them with best wishes on their special day.

“That loyalty is one thing a lot of people will remember John for,” he said.

St. Michael’s can hold up to 1,600 people. Because of pandemic restrictions, however, only about 160 guests, chosen by the former prime minister’s family, have been invited to the funeral. The burial will take place in private and no reception will follow the church service.

John McDermott sang Amazing Grace as guests entered with staggered arrivals, but the service did not include congregational singing due to COVID-19 protocols.

The family has asked that, instead of flowers, donations be made to the World Wildlife Fund Canada and the Lake of the Woods Water Sustainability Foundation.

Past state funerals have included public processions in the streets of Ottawa and periods of lying in state — usually in Parliament — to give Canadians an opportunity to pay their final respects.

State funerals are rare. Only 31 state funerals have been held in Canada since Confederation in 1867, including 12 for prime ministers, seven for governors general and eight for cabinet ministers.

The last state funeral for a Canadian prime minister was for Pierre Trudeau in 2000.

Three other members of Parliament have been given state funerals: the assassinated Thomas D’Arcy McGee in 1868 and, more recently, NDP leader Jack Layton and former finance minister Jim Flaherty.

The government announced the national flags on the Peace Tower and all federal buildings and establishments in Canada will fly at half-mast to honour Turner’s memory. Flags will be at half-mast until the sunset on the day of his funeral.

Vaccination should be seen as 'next step in the arsenal' against COVID-19, says doctor

Tue Oct 6 , 2020
Share on Facebook Tweet it Share on Google Pin it Share it Email As scientists around the world race to find a COVID-19 vaccine, a pediatric infectious disease doctor in Calgary says tackling hesitancy around immunization often starts with a conversation. “We work very hard at not making this some […]