After all these years, we might finally be “Keeping Up with the Kardashians.”

Earlier this year, Kim and Kourtney Kardashian‘s young daughters joined TikTok. And unlike their moms’ carefully curated social media personas, the kids’ videos – as one would expect from 8-and 9-year-olds – are refreshingly imperfect. They often feature shaky cameras and subpar lip synching while giving unfiltered glimpses into the families’ everyday activities, like making instant mac and cheese or getting ready for bed.

And fans are loving it, with these 15-second clips amassing millions of views.

That’s because people crave this inside look into celebrities’ personal lives, explains Carla Manly, a clinical psychologist and author of “Joy from Fear.” For the first time perhaps we are seeing the real Kardashians, viewers muse in the comments.

‘KUWTK’:How ‘Keeping up with the Kardashians’ changed reality television as we know it, dolls

Why are we obsessed with knowing what’s ‘real’?

Since they’ve catapulted into fame, the Kardashians maintained a glamorous outward-facing image.

Many fans understand that the photos shared by the family on social mediaare edited and carefully chosen, but they’re enamored with celebrity culture nonetheless. The lavishness we see in celebrities’ posts is “a distraction from everyday reality,” explains Mathieu Deflem, a professor at the University of South Carolina and author of “Lady Gaga and the Sociology of Fame.”

“The Kardashians present a fantasy version of their reality to benefit their viewers, making it part of their reality as well,” he says. “Social media allows everybody to create their own fantasy reality… and today’s world of celebrity culture allows for an escape of the drudgeries of daily life.”

But when these stars seem too far removed from our daily lives, it can be off-putting. That’s why these seemingly candid videos from the Kardashian children are a refreshing change for some.

Take, for instance, Kim’s daughters playing with dolls together. Or Penelope sharing a bedroom tour with her followers.

“Even though we have the illusion of perfection and all that glamor, we’re reminded that we’re all the same despite the fame when we’re watching these kids’ unfiltered TikToks,” Manly says, adding that this can be comforting to many.

Typically, perfection and idealized images sell. But these TikTok videos may help blur the lines between authenticity and artificiality, which is especially difficult in the age of social media.

“These impromptu videos made by celebrities’ kids are especially appealing because they’re likely to reveal secrets that are not in keeping with the celebrities’ image of perfection,” says Carole Lieberman, an Emmy-honored media psychiatrist. “We want to discover what the celebrity has been hiding from us. What does she look like without makeup? Does she snore? Does she look unhappy? Is her house messy? “

The future of child influencers

All that being said, experts warn against equating these snippets to reality, because the truth is, celebrities – even those in the making – are not “ordinary people.”

“When celebrity kids grow up and become celebrities in their own right, we are less intrigued with them because they no longer seem as ‘innocent’ and ‘real.’ In fact, some people feel annoyed at them because these kids bought into the whole fake celebrity life that they seemed to poke fun at when they were younger,” Lieberman says. (Kylie and Kendall Jenner came into the spotlight at ages 9 and 11 and are now influencers themselves).

Deflem adds the videos from the next generation of Kardashians may seem less edited and more relatable, but that doesn’t make them “honest and real.” As with many kids, these accounts are likely to be heavily monitored by their parents and curated to a certain extent due to their celebrity status.

“Celebrities are most definitely not just people too… They’re rich, talented, privileged, attractive, they have access to all kinds of things and people. They are central, they are seen and admired. For that reason, their star shines.”

‘Stan culture’:It needs to stop – or at least radically change. Here’s why. 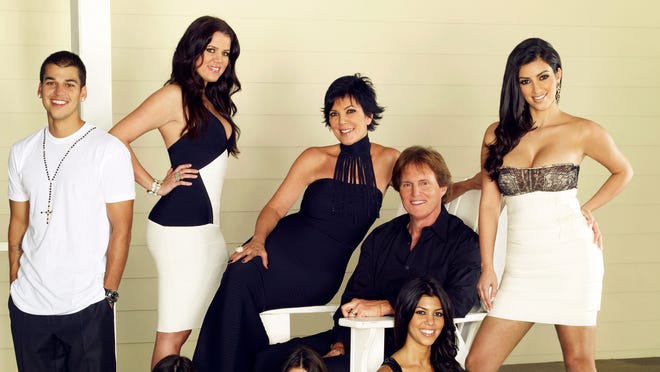