Kate McKinnon, who had been absent from Season 47 thus far, returned this week to once again spoof Dr. Anthony Fauci, who explains how Americans can navigate the omicron variant this year.

“As you’ve probably heard, there’s an omicron wave sweeping the globe,” McKinnon’s Fauci says. “With COVID cases on the rise, people still have a lot of questions. Is it safe to travel? Can I still use this as an excuse to get out of stuff? I would like to never work again. So to help answer these queries, I’ve once again invited members of the CDC to act out various holiday scenelets.”

Some of America’s biggest questions were answered, including how to go to restaurants after losing your vaccine card, or whether it’s safe to travel on airplanes during the pandemic. However, McKinnon’s Fauci also shared insight from “two unemployed brothers on Christmas Day,” the Cuomos. In August, former New York Gov. Andrew Cuomo resigned after being accused of sexual harassment. His younger brother, CNN anchor Chris, was fired last week for helping the former governor fend off the allegations. 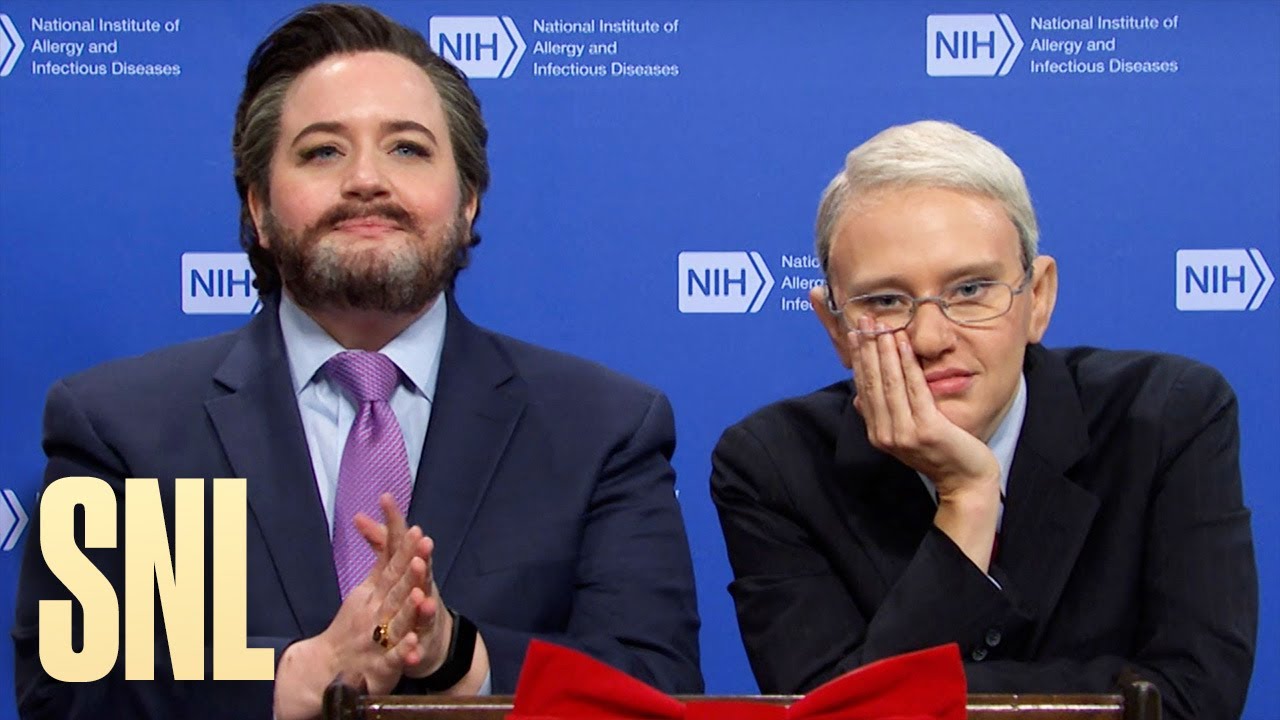 “And we both lost our jobs, because of COVID,” Davidson’s Cuomo says, as the brothers embrace each other.

Other politicians joined in to discuss how they’ll be celebrating the holidays this year including U.S. Sen. Ted Cruz (Aidy Bryant), who prefers to “run it back solo to Cancun.” However, the Cuomos prioritize quality family time.

“Family is all we have,” Andrew says, before his brother chimes in: “As of two weeks ago.”

Opinion: Without a presidential election, ‘SNL’ is funnier and lighter than it’s been in years

This week’s “SNL” was hosted by Billie Eilish, who also doubled as a musical guest. The “Happier Than Ever” singer was last on the show in 2019, when she seemingly walked on the walls and ceilings of Studio 8H while performing her hit song “Bad Guy.”Billie Eilish’s hair transformation:See the star’s blonde to brunette transformation