McMichaels get life in prison, no parole 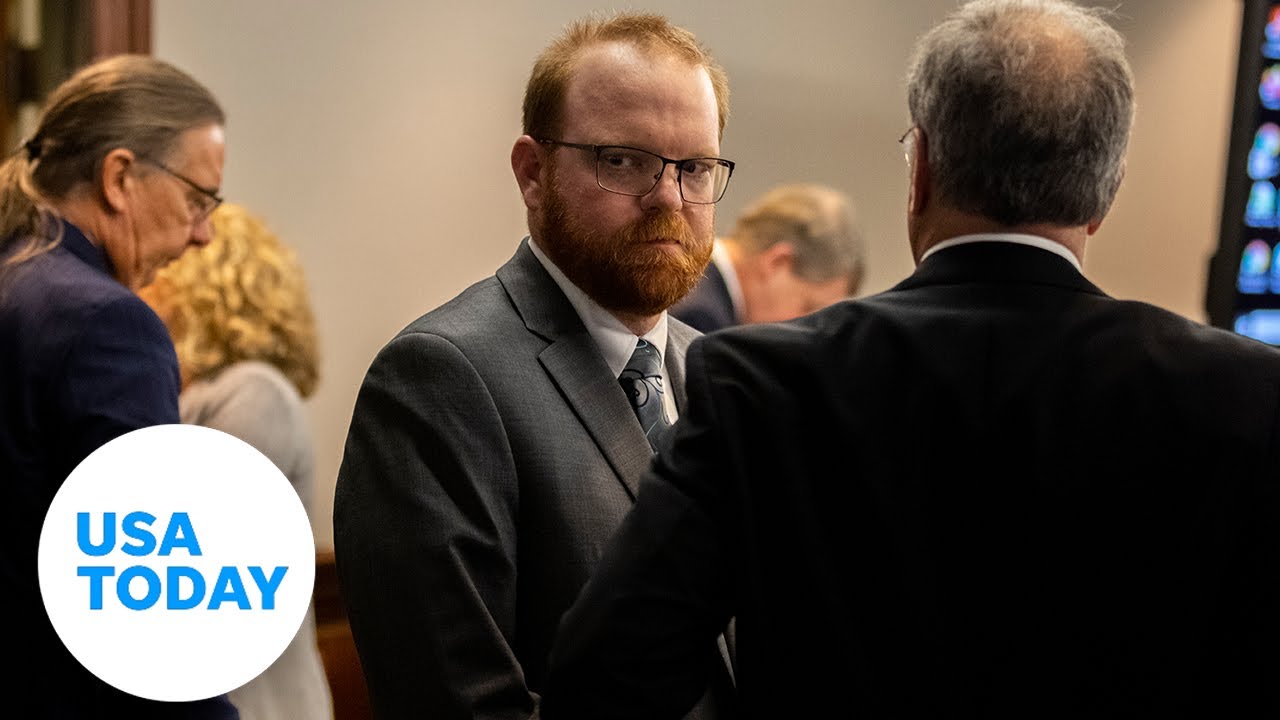 BRUNSWICK, Ga. — A judge sentenced three men to life in prison Friday for the murder of Ahmaud Arbery and denied the possibility of parole for two of the defendants, father and son Gregory and Travis McMichael.

Judge Timothy Walmsley granted the possibility of parole to William “Roddie” Bryan, the McMichaels’ neighbor who joined the chase and took video of the killing.

The minimum penalty for the murder charges required by law is a life sentence.

Earlier Friday, Arbery’s family asked for all three defendants to get the harshest penalty as they shared memories of him and the toll his death has taken.

“Your honor, these men have chose to lie and attack my son and his surviving family, they each have no remorse and do not deserve any leniency,” said Wanda Cooper-Jones, Arbery’s mother. “These men deserve the maximum sentence for their crimes.”

‘We have to fight too hard’:For civil rights leaders, Arbery verdict is a victory. But is it a fleeting one?

The three men chased Arbery in trucks while he was running through the Satilla Shores neighborhood in Brunswick, Georgia, on Feb. 23, 2020. Travis McMichael fatally shot Arbery during a confrontation captured on video by Bryan. The men weren’t arrested for more than two months when Bryan’s video was released, which fueled nationwide racial justice protests and later became a key piece of evidence in the murder trial.

The nearly-all white jury deliberated for almost two days before finding the men guilty on Nov. 24. They were taken to Glynn County jail after the verdict was reached.

Three men found guilty of murder:Here are key moments from the trial over the death of Ahmaud Arbery

Lead prosecutor Linda Dunikoski on Friday said all the defendants deserved the mandatory life sentence for showing “no empathy for the trapped and terrified Ahmaud Arbery.”

She asked the court to impose a harsher sentence on Greg and Travis McMichael because of their “demonstrated pattern of vigilantism.” She pointed to a series of incidents described during the trial in which the father and son tried to investigate alleged crimes in their neighborhood.

“Vigilantism always goes wrong,” she said. “Here we have some men who should have known better.”

Dunikoski added that Bryan contributed to Arbery’s death “in a significant way” and his “actions speak for themselves.”

Defense attorney Bob Rubin highlighted Travis McMichael’s service in the Coast Guard and argued that he did not intend to kill Arbery. Rubin said the harshest possible sentence should be reserved for “the worst of the worst.”

“This was not a planned murder,” he said. “The only purpose of a life without parole sentence, your Honor, is vengeance, is retribution.”

Greg McMichael’s attorney Laura Hogue made similar arguments Friday adding that the elder McMichael has no criminal history and did not fire his weapon. Hogue argued that the incidents described by Dunikoski were not examples of vigilantism but “exactly what a neighborhood watch program is all about.”

“Greg McMichael is a good man,” she said. A life sentence without parole “is the only way, your Honor, to honor the jury’s verdict that Greg McMichael committed crimes for which he never intended the result.”

Bryan must serve at least 30 years in prison before he becomes eligible for parole. Typically, people in prison are not granted parole when they first become eligible. In Georgia, if someone serving a life sentence has their parole denied, the parole board will reconsider that decision at least once every eight years.

Attorney Kevin Gough asked the court to allow the board to consider parole for Bryan “whenever they see fit” under a provision of Georgia law which prosecutors said does not apply. Gough tried to separate Bryan from the other two defendants saying that he is not a vigilante and did not bring a weapon.

“‘Roddie Bryan really had no idea what was going on or why,” he said. “That factor really puts Mr. Bryan in a different position.”

Gough emphasized that Bryan expressed remorse to investigators and in a media interview.

The defendants all had the opportunity to speak before sentencing, a time when judges typically expect to hear remorse, but did not.

An appeal is likely

The men’s attorneys told reporters they plan to appeal.

They may be able to successfully argue the judge should not have excluded evidence about Arbery’s mental health and previous encounters with law enforcement, and that the public attention and protests outside the courthouse interfered with the defendant’s right to a fair trial, said Ron Carlson, a professor emeritus at the University of Georgia law school who followed trial.

However, he noted that only a small percentage of criminal cases are overturned on appeal.

“I don’t think it’s a frivolous appeal,” Carlson said, but “appellate courts are very reluctant — unless things are pretty clear and overpowering — to reverse on appeal.”

After being sentenced on the state charges, the three men will face a federal hate crimes trial for killing Arbery. The three men are white; Arbery was Black.

All three are charged with interfering with Arbery’s rights and attempted kidnapping. The McMichaels are also charged with using, carrying and brandishing — and in Travis McMichael’s case, firing — a gun during and in relation to a crime of violence.

The federal charges are punishable by death, life in prison or a shorter prison sentence and a fine, according to the Federal Bureau of Investigations. There is no parole in the federal system.

Attorneys will begin selecting a jury from a wide pool of 43 counties across the Southern District of Georgia for that trial Feb. 7. The proceedings are set to take place in Glynn County.