A body found at Lake Piru in Southern California has been identified as “Glee” actress Naya Rivera, according to Ventura County Sheriff.

Naya Rivera has been laid to rest after drowning in a Southern California lake earlier this month.

Rivera was buried at Forest Lawn Memorial Park in Los Angeles on July 24, according to People and Entertainment Tonight, who cite the “Glee” star’s death certificate. The outlets report the certificate was filed in Ventura County, California, where she died.

The document also states that the 33-year-old actress died within a manner of minutes and that no other significant conditions contributed to her death, according to the outlets.

On July 8, Rivera disappeared from a boat she rented with her 4-year-old son, Josey, at Ventura County’s Lake Piru. The Ventura County Sheriff’s Office announced on July 13 that a body found at the lake had been identified as Rivera. 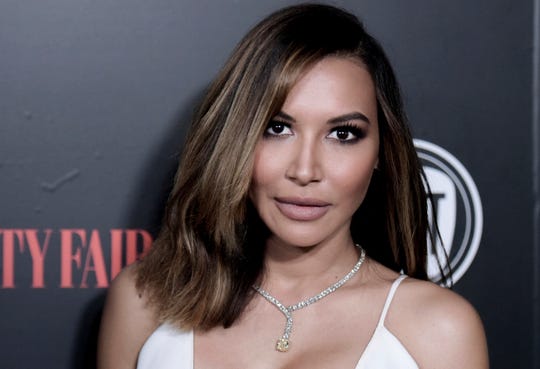 According to Ventura County’s Sheriff Bill Ayub, Rivera’s body was spotted by a boat crew “in the northeastern portion of the lake,” where the water was 35 to 60 feet deep.

Police believe Rivera’s unanchored boat started to drift away from the actress and her son while they were swimming. Ayub said Rivera “mustered enough energy to get her son back on the boat but not enough to save herself.”

“Her son described being helped into the boat by Naya, who boosted him onto the deck from behind,” Ayub said. “(Her son) told investigators that he looked back and saw her disappear under the surface of the water.”

Ryan Dorsey, Rivera’s ex-husband and the father of their son, remembered Rivera in a lengthy Instagram post on Saturday.

“This is so unfair…there’s not enough words to express the hole left in everyone’s hearts,” Dorsey, 37, wrote. “I can’t believe this is life now. I don’t know if I’ll ever believe it.”

“You were just here,” he added, noting that Rivera and Josey had gone swimming at Dorsey’s house the day prior to her disappearance.

Dorsey continued: “I’m thankful for our times and our journey that brought us together and gave us the sweetest and kindest smart little boy we could ever hope for.”

A Southern California native, Rivera was born and raised in the Santa Clarita Valley of Los Angeles County, approximately 20 miles from Lake Piru. She had previously been to the lake, authorities said.

Rivera started her career in entertainment at age 4, with recurring roles on “Family Matters” and “The Royal Family,” as well as minor appearances on other shows like “Baywatch” and “The Fresh Prince of Bel-Air,” according to IMDb. She is best known for her role as the snarky Santana Lopez on the Fox musical dramedy “Glee,” which ran from 2009 to 2015.

Most recently, Rivera starred as Collette Jones for three seasons of the YouTube Red series “Step Up: High Water.”

Naya Rivera’s ex Ryan Dorsey speaks out for first time since her death: ‘Hold your loved ones close’