The Conservative Party’s fundraising arm has a new chair for the first time in two decades.

Leader Erin O’Toole says he is nominating his longtime campaign fundraiser James Dodds to be chair of the Conservative Fund, replacing former senator Irving Gerstein, who is retiring.

The nomination must be approved by the party’s national council.

Dodds is a vice-president at the TD Bank Group in Toronto and has aided O’Toole in both his bids to be the Conservative leader.

O’Toole became the new leader Aug. 23 and is now putting his stamp on the party.

On Wednesday, he named his House of Commons team, including Manitoba MP Candice Bergen as deputy leader, and is to announce his new shadow cabinet next week.

Concerns about some spending decisions and the secrecy surrounding them have caused unrest within the Conservative Party and contributed to the departure of former leader Andrew Scheer.

Many within the party were outraged when they discovered that the Fund had been paying up to $18,000 a year to help cover the cost of private school tuition for four of Scheer’s five children.

Van Vugt always said the payments had been properly approved but many directors on the Conservative Fund were unaware of them.

Conservatives were also surprised to discover the opposition leader’s office had spent $925,000 in 2019, instead of the $201,000 originally budgeted for it by the Fund. Some were critical of the power of the Fund’s board to unilaterally make budget changes without much consultation or input from the party’s national council.

Gerstein made his name as the president of the Peoples jewlery chain. He had chaired the fundraising arm of the PC party for four years prior to the merger, and was named chair of the new Conservative Fund at its inception.

Former prime minister Stephen Harper was named a director of the Fund in 2016 but stepped down earlier this year.

Dodds was the national fundraising chair for O’Toole’s leadership campaign in 2017 and worked on the campaign this year.

He and O’Toole also worked together at least once before politics — both served on a committee for the True Patriot Love Foundation, a charity that supports the military and veterans.

In need of a post-lockdown getaway? Your guide to chilled out Edinburgh | Your Edinburgh staycation guide

Fri Sep 4 , 2020
Share on Facebook Tweet it Share on Google Pin it Share it Email Pin it The causeway from Cramond Island to Cramond beach on the outskirts of Edinburgh – only accessible at low tide. Photograph: rosn123/Getty Images/iStockphotoIt’s been a stressful few months, whether you’re a key worker or a homeworker, […] 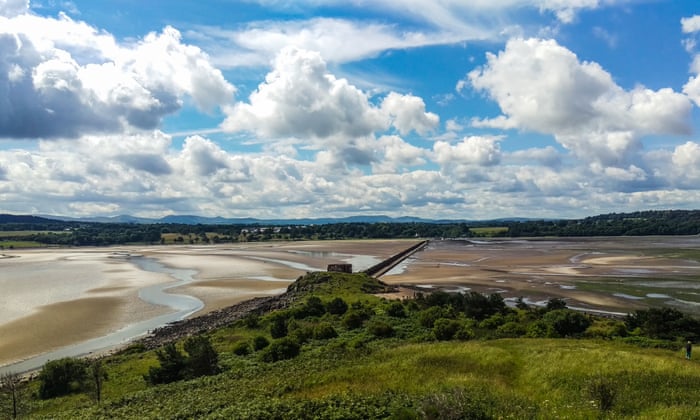