Across the road from the prime minister’s office, in a park owned by the federal government, sits a protest camp filled with people who want to arrest Justin Trudeau and throw him in jail.

On Canada Day, a fringe protest group calling itself the Canadian Revolution set up a tent village in a patch of greenspace adjacent to the National War Memorial. The camp has become a base for Canadian Revolution members who roam the area around Parliament Hill accosting politicians and journalists.

The Parliamentary Protective Service (PPS) has increased its presence and visibility around Parliament Hill in response to these incidents. But they’re only the most recent manifestations of the group’s ongoing quest to arrest the prime minister and other elected officials for crimes ranging from obstruction of justice to treason. At minimum, they want Trudeau to resign.

The most recent incident happened on Sept. 25, when a man named Brian Kidder accosted NDP Leader Jagmeet Singh as he walked off Parliament Hill.

Singh found himself surrounded as he walked down Wellington Street, with Kidder following him and at least two other people recording and streaming the incident on their phones.

Singh didn’t break stride and kept walking until Kidder gave up. The encounter ended with Kidder telling Singh: “The next time I see you, we’re going to have a dance.”

“I was in the situation,” Singh said earlier this week. “But I also have years and years of martial arts experience and I’ve competed and I felt very comfortable making sure I could take care of myself. But that should not be the standard.” 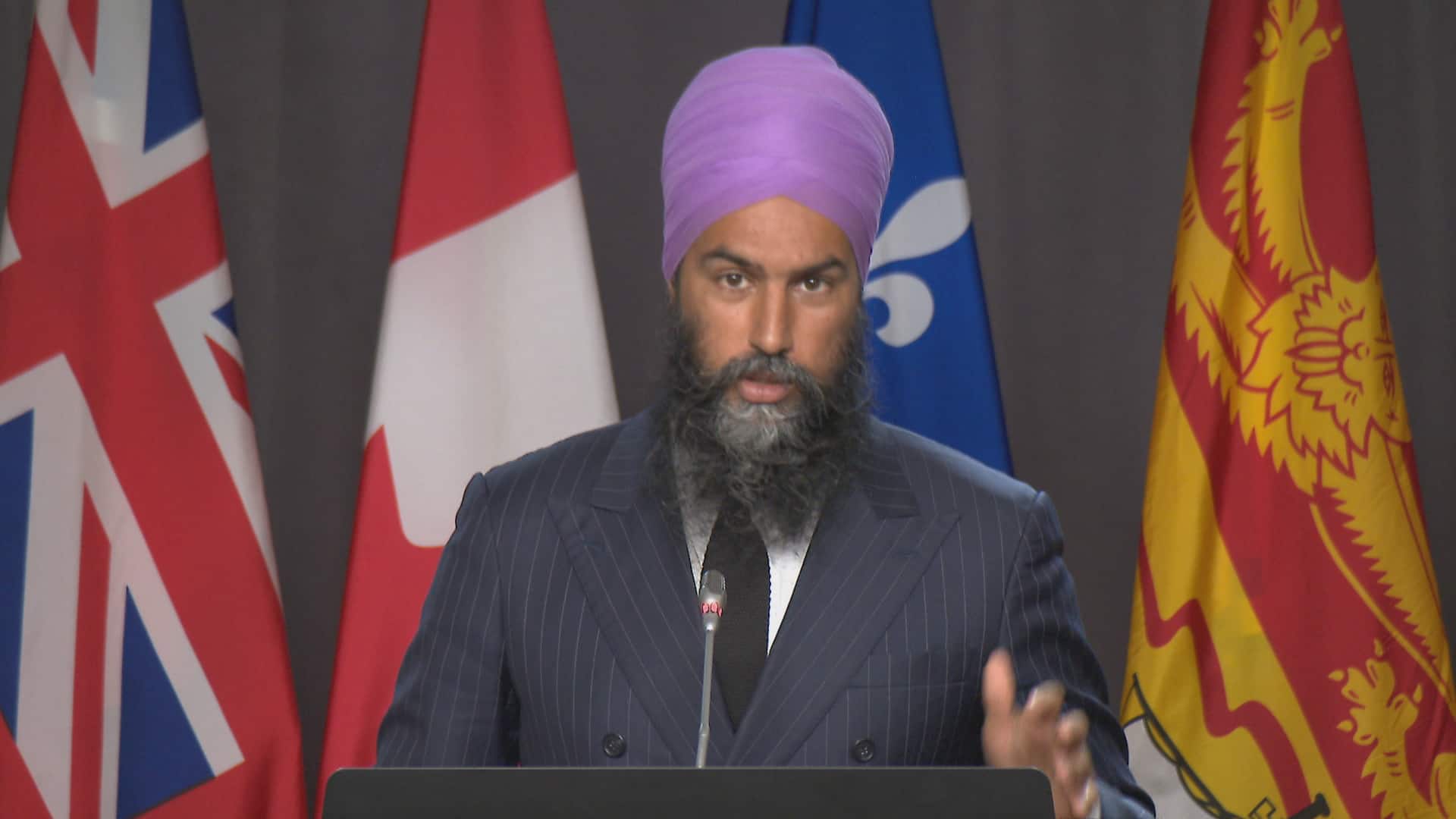 NDP Leader Jagmeet Singh was harassed while walking down an Ottawa street on Friday, September 25. The incident was filmed and then posted to Twitter. 1:25

The day before he encountered Singh, Kidder mistook Radio Canada reporter Daniel Thibeault for a Quebec MP and tried to make what he claimed was a citizen’s arrest — at times making physical contact with Thibeault.

Police detained and later released Kidder over that incident. A Radio-Canada spokesperson said Thibeault filed a complaint with police on Thursday.

“This form of intimidation has no place in a democratic society,” said Radio-Canada’s Marc Pichette.

Following the incidents, the PPS, the service tasked with overseeing security on Parliament Hill, said in a statement that the parliamentary community “should rest assured that in addition to our increased posture and surveillance, we are ready to respond to their calls for support or help at any time.”

Last week’s confrontations did not represent the group’s first attempts to detain a politician.

In July, Kidder and his supporters went to Rideau Hall on two separate occasions and tried to execute a “citizen’s arrest” of the prime minister. Both incidents were livestreamed on Facebook and are still online.

“I’m here to make a citizen’s arrest of Justin Trudeau. The charge is obstruction of justice,” Kidder told RCMP officers during the first incident on July 23. “I’m not going to hurt him. I’m just going to arrest him.”

The police made it clear to Kidder that he was not getting access to the grounds of Rideau Hall — which includes the prime minister’s temporary residence Rideau Cottage — and the incident ended peacefully.

But two days later, Kidder and his supporters returned. An archive of the livestream showed Kidder approaching police, lifting his shirt to show he wasn’t armed, and stating his intention to arrest Trudeau.

This time, Kidder was handcuffed and briefly detained. While he was being held, Kidder’s supporters yelled at police from outside the security gate.

“I hope God lays a curse on your family that never, ever, ever outgrows your bloodline, sir,” one woman yelled. Another yelled: “Protecting pedophiles is not upholding the law.”

The Canadian Revolution’s stated goal is the removal of the Trudeau government. But as the July 25 video shows, some of its members promote conspiracy theories on their social media feeds that accuse politicians of engaging in child trafficking and pedophilia. They also push conspiracies about the COVID-19 pandemic, masks and vaccines.

Vice News reporter Mack Lamoreux — who has done extensive reporting on groups like this — describes the Canadian Revolution as “one of the more outlandish groups in the Canadian Patriot movement that has become prominent in the country’s reactionary-right during Trudeau’s time as prime minister.”

Right now, the group is into its fourth month of occupying the park next to the National War Memorial. Their camp consists of about a dozen tents. Signs hammered into the ground accuse Trudeau of deliberately letting COVID into Canada and conspiring with the Chinese Communist Party.

The federal government owns the land through Public Service and Procurement Canada (PSPC). Police consider it a peaceful protest so they won’t evict them.

“The incidents of harassment reported in recent days in Ottawa must be addressed. To that end, we are engaged with law enforcement,” PSPC said in a statement. “Peaceful protests play an important role in our democracy. However, threats, intimidation, and harassment are well outside the realm of peaceful protest and must stop.”

CBC News: The House6:10A fringe group takes to the Hill

A fringe group calling itself the Canadian Revolution has set up a protest camp across the street from the Prime Minister’s Office in Ottawa. CBC Parliamentary Bureau senior reporter David Cochrane looks into how they’ve accosted politicians and journalists in the streets. 6:10

For the next leader of the Greens, the hard part comes next