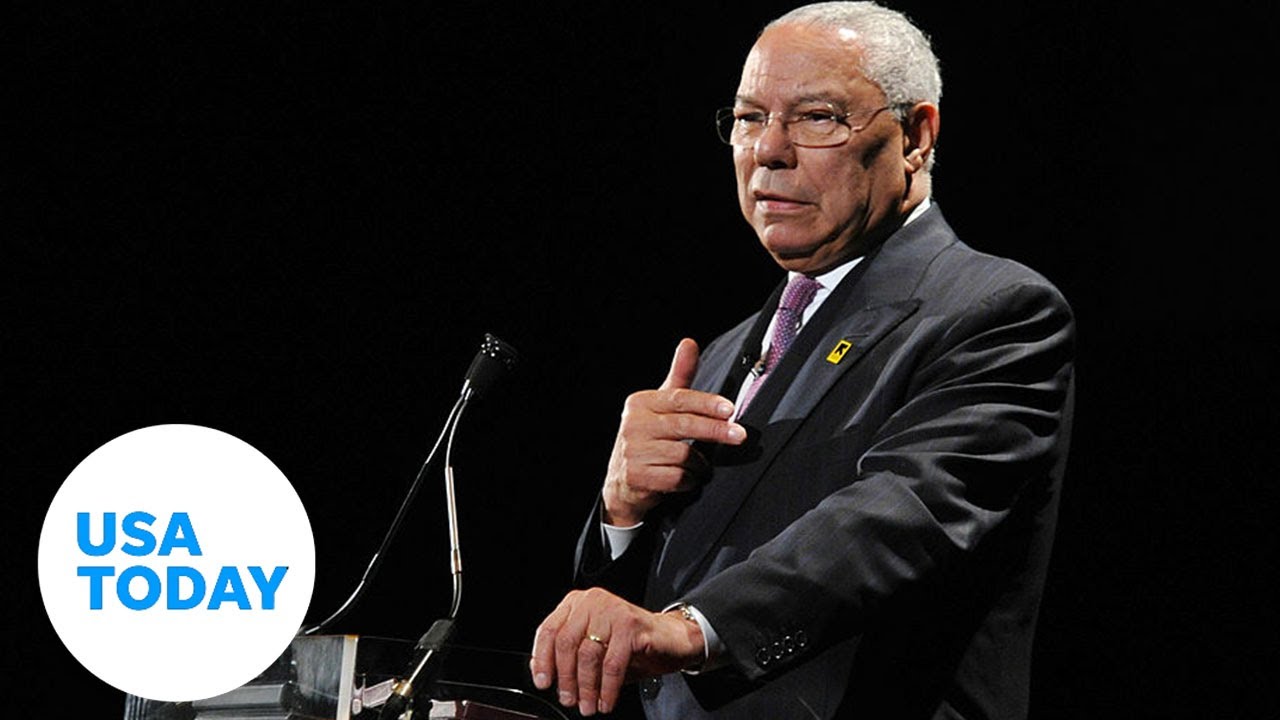 Follow live updates from the funeral of Gen. Colin Powell at the National Cathedral in Washington, D.C.

‘He fought the good fight and he kept the faith’

The Rev. Randolph Hollerith, dean of the Washington National Cathedral, began the service. He said the mourners were gathered to “give thanks for all the goodness and courage that have passed through Colin Powell, his life and into the lives of others.”

“For his loyalty to his country, and his love of the good, and for all those noble qualities of mind and soul that endeared him to so many,” Hollerith continued. “He lived a life of service, and he was a great blessing to all who knew him.

“In the words of St. Paul, he fought the good fight and he kept the faith.”

The church hymn “Ode to Joy” then played.

Dignitaries and family in attendance

Other Biden administration officials at the service include Secretary of State Antony Blinken; Secretary of Defense Lloyd Austin; and Gen. Mark Milley, chairman of the Joint Chiefs of Staff.

Powell’s family members in attendance include his wife Alma Powell, his daughter Linda Powell and his son Michael Powell, who is one of the ceremony’s eulogizers.

Former Presidents Donald Trump, Bill Clinton and Jimmy Carter are not in attendance.

Powell’s family, including Alma Powell, Colin Powel’s wife of 59 years, arrived shortly after noon and took seats in the front pew in the historic cathedral. Alma Powell arrived in a wheelchair.

Colin Powell’s casket, draped with an American flag, was carried into the cathedral at 12:10 p.m. EDT. Those in attendance stood in honor of the military and diplomatic leader.

Dignitaries to pay tribute to Powell at funeral on Friday

President Joe Biden is scheduled to attend Powell’s funeral but not speak. Also in attendance will be President George W. Bush, whom Powell served under, and former President Barack Obama, who Powell, a Republican, broke party ranks to endorse in both of Obama’s presidential elections.

Powell’s eulogy will be delivered by Madeleine Albright, who preceded Powell as secretary of state in the Clinton administration; Richard Armitage, deputy secretary under Powell who also worked alongside him in the Reagan administration; and Powell’s son, Michael.

Former President Donald Trump, whose leadership and rhetoric Powell criticized, will not attend the funeral. Bill Clinton, who is recovering from an sepsis infection, is not scheduled to attend, but former Secretary of State Hillary Clinton will attend. Jimmy Carter, who turned 97 last month, will not be in attendance.

The son of Jamaican immigrants raised in the Bronx, Powell embodied the American dream, his admirers say, climbing the military ranks over four decades in public life to become national security advisor for Reagan, chairman of the joint chiefs of staff under George H. W. Bush and the younger Bush’s secretary of state from 2001 to 2005.

He was the first Black Secretary of State in U.S. history.

As secretary of state, Powell oversaw U.S. diplomacy in the aftermath of the Sep. 11, 2001, terror attacks and the invasions of Afghanistan and Iraq. Powell served two combat tours in Vietnam before taking on leadership roles including overseeing the first Gulf War in 1990-1991, when American and allied forces drove Iraq’s invading military from Kuwait.

“Mine is the story of a black kid of no early promise from an immigrant family of limited means who was raised in the South Bronx,” Powell wrote in his autobiography.