Rowling, 56, continues to be the source of controversy after making headlines last summer with multiple posts online voicing opinions on the trans community that conflated sex with gender and defended ideas suggesting that changing one’s biological sex threatens her own gender identity. She has continued to double down even after the posts were widely perceived as transphobic, misinformative and hurtful.

While she does not make a new appearance in HBO Max’s “Harry Potter 20th Anniversary: Return to Hogwarts” (streaming Jan. 1), the special includes archival footage of Rowling from 2019 and new clips of the cast celebrating her books’ legacy and sharing how directions from the author influenced their acting choices.

“I have found it an extraordinary world to be involved with,” Rowling says in one clip. “And it’s a beautiful world.”

The three actors, now in their 30s, are also joined by more than a dozen former cast mates, as well as several of the films’ directors and producers.

In old interview clips, Rowling reflects on the search for the young actor who would play the title role and her first time visiting the “Potter” film set.

Evanna Lynch (Luna Lovegood) recalled how Rowling replied to a letter the actress sent years before she was cast in the films. Bonnie Wright (Ginny Weasley) and Robbie Coltrane (Hagrid) also highlighted the way young readers all over the world “fell in love” with Rowling’s writing. Coltrane came to Rowling’s defense last summer amid the controversy, dubbing those who spoke against her comments “waiting to be offended.”

“One of the reasons I admire J.K. so much is that millions now read books who would have never lifted a book up in their lives,” Coltrane said in the special. “And you suddenly realize the power of writing.”

Radcliffe, Watson and Grint were among the “Potter” alums who spoke out against Rowling’s comments at the time. 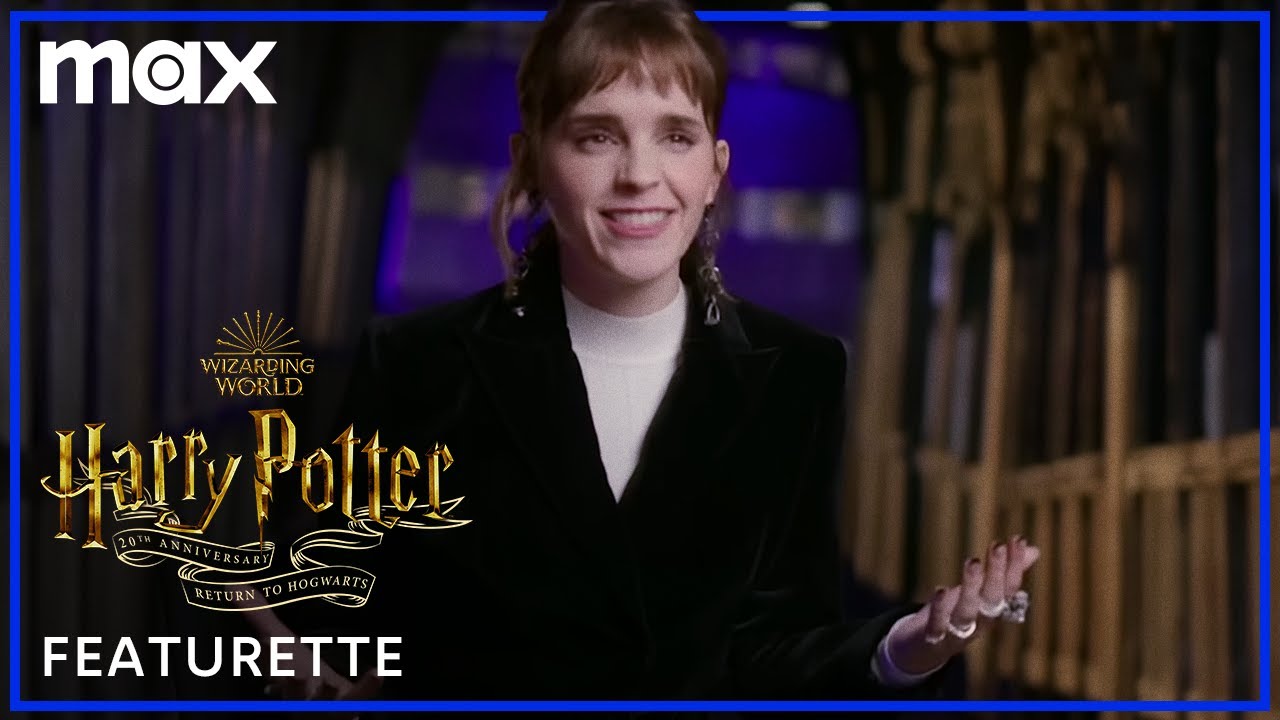 The special also touches on the young cast’s experience with fame, particularly Watson, who received the brunt of public attention and scrutiny and revealed she considered not returning around the fifth film, “Harry Potter and the Order of the Phoenix.”

“At times, I was lonely,” Watson said. “I think I was scared. I don’t know if you ever felt like it got to a tipping point when you were like this is kind of forever now… The fame thing, it finally hit home in a big way.”

After years of fans speculating about a possible on-set romance, Watson also divulged that she had a childhood crush on Tom Felton (Draco Malfoy).

“I just fell in love with him,” Watson recalled. Felton returned the sentiment.

“The truth of it was Tom was often someone I could be more vulnerable with,” she added. “Nothing has ever, ever happened with us romantically. We just love each other. That’s all I can say about that.”

And:‘Harry Potter and the Sorcerer’s Stone’ turns 20: How well did our movie review age?