Heather Abbey, a controversial Indigenous entrepreneur from Saskatoon, appeared on a Halloween-themed episode of Wheel of Fortune Tuesday night and walked away with $21,500 US after solving a puzzle with the phrase, “The Horror, The Horror.”

Indigenous artists who watched the game show say the real horror is that Abbey still owes them thousands of dollars for a failed trade mission to Tokyo in July 2019, on top of the $62,000 of public money she owes Creative Saskatchewan, a provincial arts agency.

Abbey said she is making monthly instalment payments on her debt to Creative Saskatchewan. The arts agency confirmed that to CBC News.

But it’s little consolation to the artists who say they’re owed money.

“It kind of drains me emotionally to see her doing things like [appearing on Wheel of Fortune] still with no remorse for the artists and entrepreneurs she used and harmed,” said Cree fashion designer Agnes Woodward, who lives in North Dakota, but is originally from Kawacatoose First Nation, about 115 kilometres north of Regina.

To take part in the trade mission, Woodward and her husband Whirlwind Bull, a painter, spent more than $6,000 on flights, hotel, food, transportation and a delegate fee of $400 each. The trip did not go as Abbey promised it would. Afterward Abbey sent the couple messages — provided to CBC News — in which she pledged to repay them $3,000.

“If you owe a lot of money to people and you’re on national TV? Like, she has no remorse and no conscience,” said Bull.

Bull said they paid $1,300 to cover hotel rooms, only to have Abbey check the Canadian delegation into a $20/night Airbnb at the last minute. CBC confirmed that a hotel in Tokyo is trying to collect $15,000 in cancellation and no-show fees after Abbey confirmed the group’s reservation just hours before arrival, but failed to show up.

Bull said he made a joke of Abbey’s appearance on the game show. ” ‘Oh good, now she’s going to pay us back.’ But I know she’s not going to.”

Abbey was prepared for backlash

Abbey, a Cree woman from Little Pine First Nation, located 200 kilometres northwest of Saskatoon, has won numerous awards and government grants for empowering Indigenous artists and for her much-lauded website Indig Inc., an e-commerce platform that allows Indigenous artists to sell their homemade products. It is now offline.

“I’m passionate about creating authentic Native American content for the big screen and the small screen,” she told Wheel of Fortune host Pat Sajak on the show.

In an article posted to West Hollywood Times, Abbey said she was hoping to win enough money to help pay for her education and take her family on a trip to Paris. 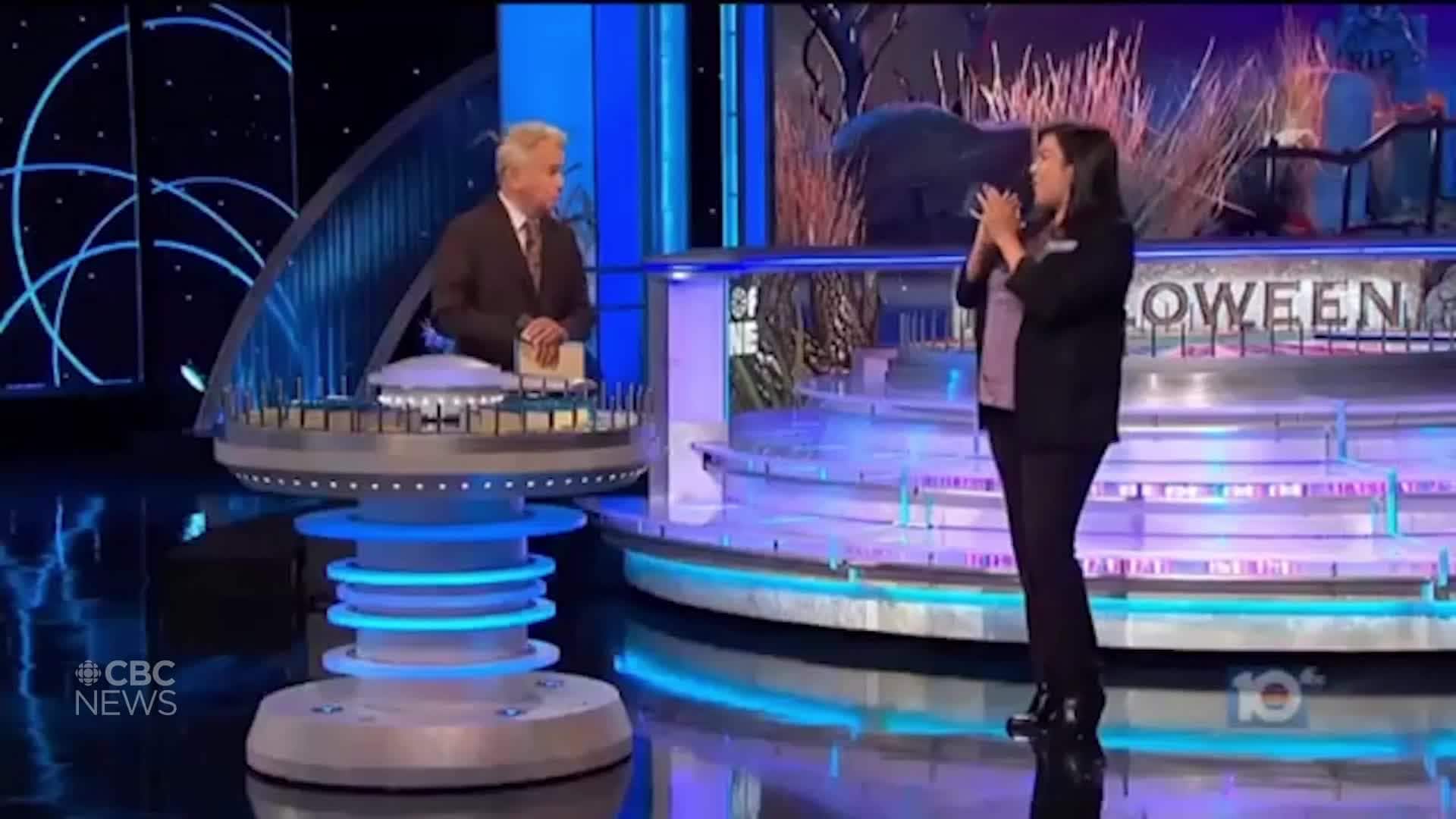 Saskatoon entrepreneur Heather Abbey won $21,500 on Wheel of Fortune. In January she promised to repay Creative Saskatchewan $62,000 in grant money. 0:16

However, in an email to CBC News, Abbey said that when she receives her winnings, she will spend the money in three ways: repaying Indigenous delegates that weren’t able to attend the Tokyo trip, repaying Creative Saskatchewan and buying a new bed set for each of her two children.

“I knew that everything would flare up again if I made it on the game show, but I also knew it was an incredibly long shot in the first place — from application to audition to being selected onto the show to the actual game show itself!” she wrote.

“All in all though, I’m pretty proud of how I played, and that I have actual money coming to make my payments — delivering food isn’t exactly keeping me in the money!”

After a CBC News investigation last year, Creative Saskatchewan decided to audit five projects undertaken by Abbey and her e-commerce company Indig Inc., that received more than $160,000 total in taxpayer money between 2015 and 2019.

The audit concluded that Abbey met expectations for three grants — worth nearly $100,000 combined — that helped to fund, among other things, website design and training for Indigenous artists to create leather mittens and beaded earrings.

“I plan to repay every debt I have,” Abbey told CBC News in January, when asked about her outstanding debts.

Abbey also said none of her actions were malicious or fraudulent, rather that some business gambles didn’t pan out.

Creative Saskatchewan spokesperson Craig Lederhouse said the arts agency has an agreement with Abbey to collect the money owed over time.

“To date, Ms. Abbey is honouring that agreement and has been making monthly payments,” he said. “Financial details of the agreement are confidential.”

Abbey has outstanding debts with more entities than the Saskatchewan government. Public records and court documents show two credit unions and two landlords are seeking $64,000 from Abbey for unpaid loans and rent.

Abbey still maintains that some of the delegates are also responsible for the lack of sales on the Tokyo trip, insisting they treated it like a “vacation.” A half dozen artists interviewed by CBC News deny that.

As for her life now, Abbey said, “after the storm comes the rainbow. Cliché, but true.”

“Last year I was cancelled, and in retrospect it was probably the best thing to ever happen to me,” she said. “Aside from these payments that I still plan to make, I’m free.

“So yeah, did last year destroy me? Hell yeah it did, but it also rebuilt me into someone that is stronger, and has even more empathy and life experience. Trying to better the world for a few people broke me completely, but it also gave way to being truly happy.”