The Sipekne’katik band is seeking a temporary court injunction to end blockades, interference and threats over its lobster fishing in southwest Nova Scotia.

The band applied to Nova Scotia Supreme Court Wednesday for an injunction to prohibit anyone from trying to stop members from accessing two wharves in the region, in Saulnierville and Weymouth, and a lobster pound it uses in New Edinburgh.

The wharves were the scene of ugly confrontations between commercial and Mi’kmaw fishermen after the band launched its own self-declared moderate livelihood lobster fishery last month. Last week, hundreds of commercial fishermen and their supporters gathered outside the lobster pound, which has been the target of vandalism.

The band also seeks to end interference at sea, where it says traps have been damaged, destroyed or taken by non-Indigenous fishermen.

Band lawyers want a judge to require police to arrest and remove anyone contravening the injunction. A court hearing on the interim injunction is scheduled for Wednesday afternoon.

The application said “band members have been subjected to an ongoing and notorious campaign of violence, intimidation and property damage by non-Indigenous fishers and their supporters.”

Sipekne’katik Chief Mike Sack said in an interview in Digby, N.S., that the injunction is a response to safety concerns for band members.

“We’re looking to keep anyone away who could do harm to people involved, and de-escalate the situation and ensure everyone’s safety for people in and around the wharf, and bring peace to what’s going on,” he said.

While the band says it is exercising a treaty right affirmed by the Supreme Court of Canada 21 years ago, its lobster fishery is taking place while the commercial season is closed and without regulation by the Department of Fisheries and Oceans.

Commercial fishermen have reacted violently to the fishery.

One of the affidavits filed by the band to support the injunction is from Jason Marr, a Sipekne’katik fisherman who received a moderate livelihood licence and 50 trap tags the day the fishery was launched on Sept. 17 at the Saulnierville wharf.

Marr said when he and other band fishermen sailed out of the harbour that day they were confronted by a flotilla of 75 boats with non-Indigenous fishermen that circled Sipekne’katik vessels in an attempt to intimidate them.

Marr said since then, his traps have either been taken, destroyed or had their lines cut, and gear stored at Saulnierville has been stolen.

He said he has had to buy 260 traps in the past two months to replace what has been lost.

“In the approximately six weeks since the season began, I have only caught a small number of lobster,” he said in the affidavit.

Marr said last week he and another Sipekne’katik fisherman, Randy Sack, took 33 crates of lobster to a pound in the community of Middle West Pubnico because the facility the band uses in New Edinburgh was surrounded at the time by commercial fishermen.

Sack is the son of the late Donald Marshall Jr., whose case involving eel fishing was at the centre of the Supreme Court’s moderate livelihood decision 21 years ago.

Marr said after he and Sack unloaded and weighed the lobster in Middle West Pubnico, the building was surrounded by an angry mob that threatened them. The men locked themselves in the building as the numbers outside grew.

When six to 10 RCMP officers arrived, Marr said they told him “they were unable to ensure my safety because the mob was so large and they had so few officers present.”

In the affidavit, Marr said the RCMP stood aside as members of the crowd vandalized and destroyed property and removed lobster from the pound. 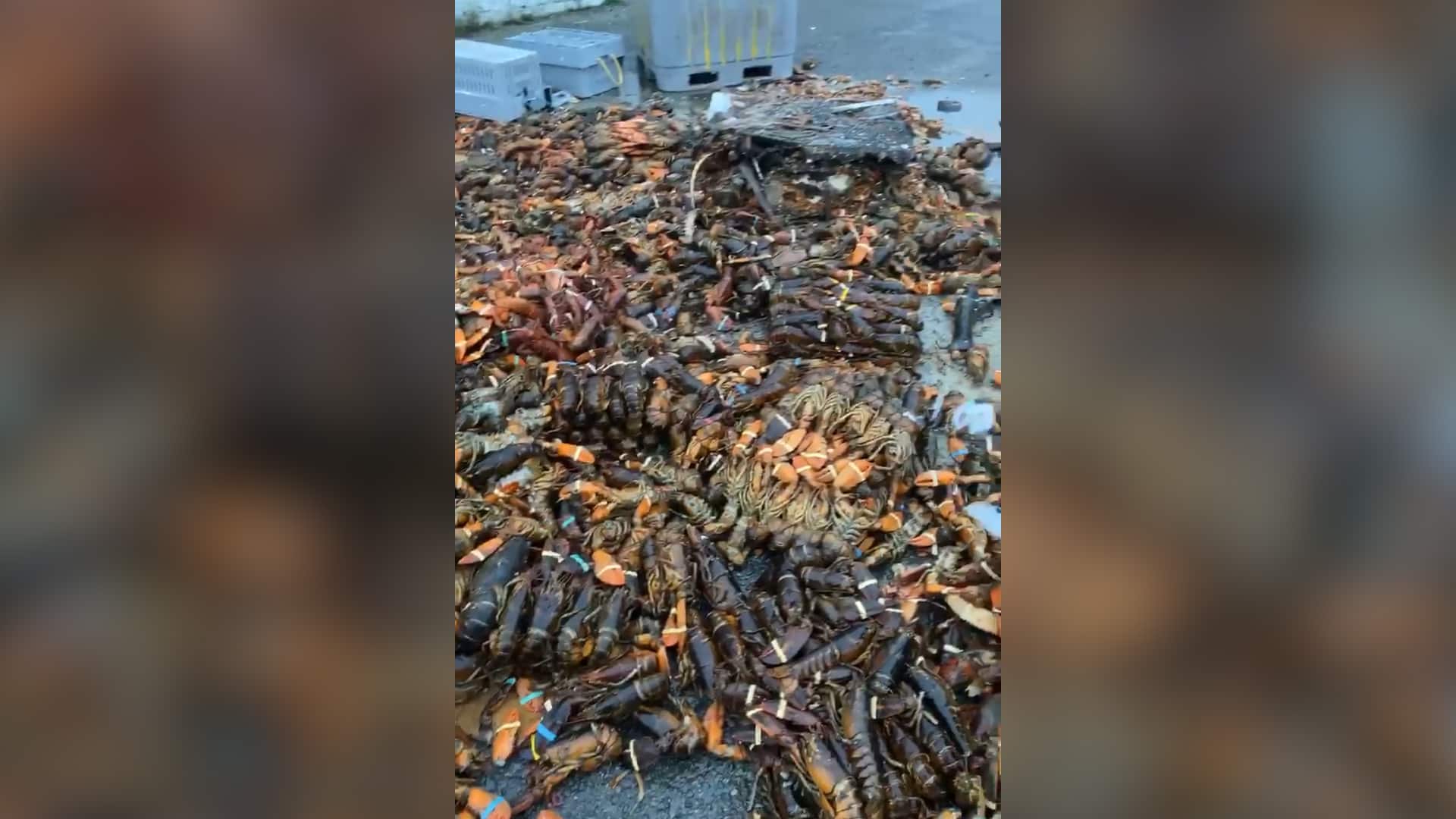 He and Sack were eventually escorted out of the building — safely but without their lobster — and picked up by Marr’s sister, who had also arrived on the scene.

Since the incident, Marr said, he has not fished lobster either with his moderate livelihood licence or with his smaller food, social and ceremonial licence.

“I am afraid for my safety and do not want to incur more damage to, or theft of, my fishing gear,” he states.

Marr said he has included a USB key with a copy of a Facebook Live video stream he recorded the night of the incident.

“I have participated in some interviews with media and believe based on that I have gained some notoriety as an Indigenous fisher. I have been threatened on social media. Because of the threats and my experience on October 13, 2020 I do not leave my home as often as I do otherwise.”

Several days after the mob scene in Pubnico, the building burned to the ground in a fire authorities say is suspicious.

The injunction was sought without the knowledge of the commercial fishing industry.

“The acts in question have been committed by persons unknown who are hostile to the Indigenous rights-based fishery,” the band claims.

The respondents are identified as John Doe, Jane Doe and persons unknown.

Wed Oct 21 , 2020
Share on Facebook Tweet it Share on Google Pin it Share it Email Residents of Neskantaga First Nation are starting their third day without being able to have a shower or flush the toilet after the water plant was shut down on Monday, and the chief says he cannot see […]