Skull of deadly ‘fish lizard’ from 130 million years ago discovered

A team of international researchers announced the discovery of a marine reptile closely resembling a swordfish with a 3-foot-long skull that existed over 100 million years ago.

The preserved skull is of the ichthyosaur, which means “fish lizard.” They closely resembled porpoises and grew up to 10 feet long. They aren’t technically dinosaurs, and with their paddle-like fins, they were among the fastest creatures in the ocean.

Show-Me-a-saurus!: Skeleton of a new type of dinosaur unearthed in Missouri

Despite the creatures’ long nose and mouth, it has long been thought the species only fed on small fish and other small sea creatures. But the discovery of the skull shows the species evolved into becoming a fearsome creature that was able to take on nearly any prey it wanted to. The team of researchers had their findings recently published in the Journal of Systematic Palaeontology.

“Its skull and dentition were highly adapted for eating really large prey, and that’s in contrast to most other ichthyosaurs that instead had small teeth in delicate skulls for eating small fish and other relatively small and soft prey,” Hans Larsson, director of the Redpath Museum at McGill University, said in an email to USA TODAY. “This is pretty large for its time and puts it near the top of its ancient ecosystem food chain.” 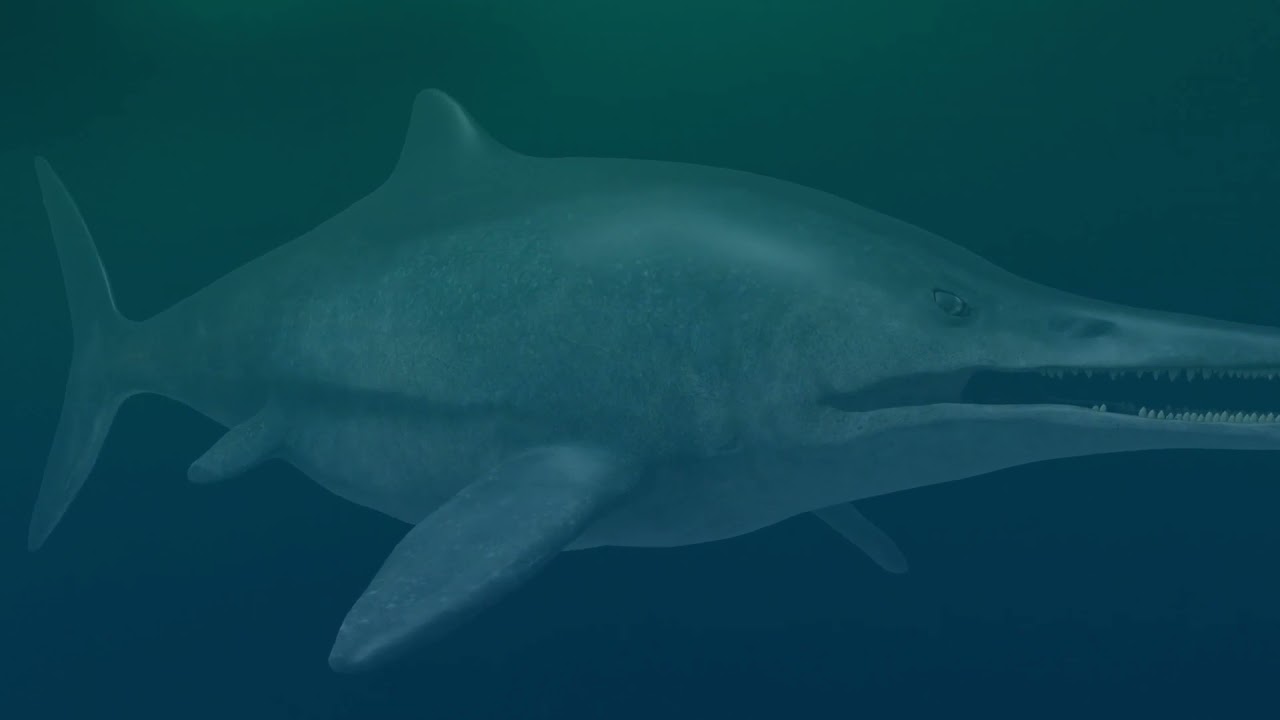 The newly discovered creature was named Kyhytysuka, which comes from the indigenous language of the Muisca, a native tribe of central Colombia where the fossil was found, according to Dirley Cortés, a graduate student of Larsson. The name translates to “the one that cuts with something sharp.”

Larsson added the discovered skull came from one of the last surviving ichthyosaurs and came during “a very interesting time in Earth’s history.”

Estimations of the skull show it to be about 130 million years old, meaning it came fromthe early part of the Cretaceous period, not long after a mini-global extinction occurred at the end of the Jurassic period resulting in the loss of 80% of all species, according to National Geographic. This resulted in global temperatures and sea levels rising, and surviving species to evolve.

With the discovery of Kyhytysuka, researchers say this allows them to learn more about how and why the ichthyosaurs evolved. The skull also came from rocks that also contained the fossils of the apex predator, the long-necked plesiosaurs, as well as turtles that resemble modern sea turtles. Larsson added this helps additional research into understanding the marine food web at the time.