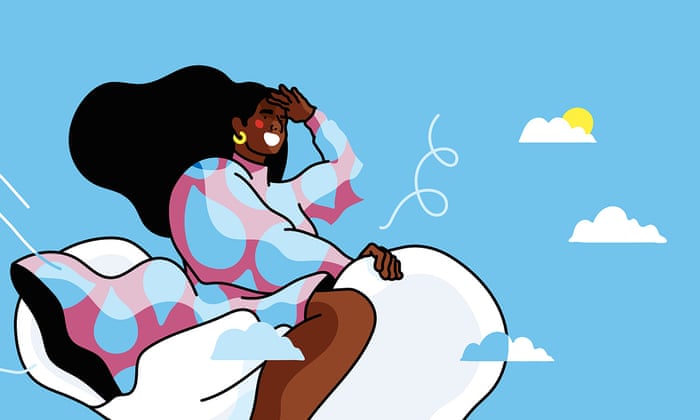 In many ways, incontinence is one of the last taboos when it comes to women’s health. For all the progress that has been made in other sensitive areas – such as women’s reproductive health, miscarriage and abortion – incontinence can still seem shrouded in silence. Culturally, we often joke about wetting ourselves laughing, yet for many of those affected by incontinence, the experience is anything but funny.

On a more positive note, says Clare Bourne, a pelvic health physio at Six Physio, the shame that many associated with this issue appears slowly to be dissipating. “I’m seeing a huge shift,” she says. “Lots of women have been in touch with me since I shared some recent work around prolapse. It’s still not being spoken about nearly enough, especially among younger generations, but it was encouraging to receive so many messages from women willing to share their experiences.”

According to a study as part of TENA’s #IWillBeMe campaign, six out of 10 women under the age of 34 are worried about bladder leakage as a negative side effect of ageing. Yet it’s not just the over 50s or postnatal women that experience incontinence. “As with many other areas of women’s health, misinformation is rife,” says Bourne. So what are the biggest myths that exist around incontinence in women? And what can women do both to prevent problems and treat symptoms?

Myth one: it only happens to women after childbirth or during the menopause
For many women, the first mention of their pelvic floor in a medical context comes during pregnancy. This has probably contributed to the common misconception that incontinence is associated only with giving birth or, later in life, the menopause. Bourne is keen to debunk these ideas.

“Incontinence can happen to anyone, at any time in their life,” she says. “Although, of course, prevalence increases around the time of pregnancy and childbirth due to an increase in pressure on the pelvic floor.” Cases rise again during the menopause when hormone changes can cause the pelvic muscles to weaken, leading to stress incontinence.

However, there are many reasons why someone may experience incontinence, says Bourne. She suggests visiting your GP if you have issues, and asking for a referral to a pelvic physio. “Depending on the result of the assessment, there are exercises and treatments that can alleviate symptoms.”

“We call this a hypertonic pelvic floor, the main symptoms of which are increased urgency and frequency in urinating or pain during sex. Hypertonia can sometimes result in leakage as the muscles cannot perform optimally when stress is placed on them, for example during exercise,” she says. Bourne has found that breathing work is useful for alleviating symptoms, along with learning to relax the muscles with the help of a physio.

Myth three: you can’t fix a weak pelvic floor
A range of gadgets and apps are available to help strengthen the pelvic muscles. Bourne recommends downloading the NHS’s Squeezy app, which is packed with information on pelvic floor exercises, and sends out reminders when it’s time to do them. Another handy option is the free MyPFF app from Lights by TENA, which lets you track your progress so you can see how you are improving. Bourne is a fan, too, of Pilates, which has been shown to improve functioning of the range of muscles that comprise the pelvic floor area.

Myth four: incontinence will ruin your sex life
Leaking urine during sex is more common than you might think: “It can happen to women at any age,” says Sarah Murray, clinical consultant for Essity and the TENA brand. TENA’s research found an interesting disparity between older and younger women in their perception of the effect of incontinence on sex. Almost half (44%) of women under 35 thought that bladder leakage would have a negative effect their sex lives, whereas just 10% of women over 50 said that it actually had.

“Usually coital incontinence occurs in one of two ways,” says Bourne. “Some women leak on penetration and some on orgasm.” Bourne suggests that pelvic floor exercises do often help, but also recommends seeking medical advice and support.

Myth five: you’re the odd one out
The shame associated with incontinence is in part a result of our embarrassment, which prevents us from speaking openly about it. Yet there is a whole range of liners, pads and pants available to help manage the condition, and empower users to live life to the full.

“Incontinence is nothing to be ashamed of and it certainly shouldn’t be something you feel embarrassed talking to a healthcare professional or friends about,” says Murray. Bourne echoes this sentiment: “I always say to clients, first and foremost: ‘You are not the only one.’ Bladder leakage is far more common than many people realise. Make an appointment with a GP or go and see a pelvic physio – in most cases, there are a range of straightforward solutions that can make a huge difference!”

For anyone affected by the issue of incontinence, TENA offers a multitude of different options to help to alleviate symptoms and allow those experiencing them to live comfortably. Whatever your issue, TENA has a solution. Discover the range by visiting its website.