The “world’s largest dinosaur” in Drumheller just celebrated its 20th birthday by getting a new name: “Tyra.”

The name of the 26-metre-tall, fibreglass and steel statue, which is about 4½ times larger than a real T. rex., was announced in the Drumheller Valley on Saturday to commemorate the anniversary.

The town is already home to the world-renowned Royal Tyrell Museum and the Fossil World Discovery Centre — making it an attraction for visitors all over the world.

Jeff Hall, president of the Drumheller and district chamber of commerce, says Drumheller is already the dinosaur capital of the world, but the 20-year-old dinosaur statue helped bring even more tourism to the small community.

“This goal has certainly been achieved on average. 125,000 people make the climb up the dinosaur each year,” he said.

Corey Campbell, who helped head the project 20 years ago, says that after the museum opened in 1985, the town knew they had to capitalize on the number of people visiting.

“Because at the time, the tourism infrastructure in Drumheller was not as developed as is now,” said Campbell, who is also the former executive director of Drumheller Regional Chamber of Development and Tourism.

“The museum was bringing 500,000 people a year, but a lot of them were just going to museums and leaving. It was a day trip for them. So we were trying to capitalize on that,” he said.

The goal was to create something interactive that would entice visitors to stay longer, particularly in the downtown core.

“The idea of a big dinosaur had been floating around the community for a while,” he said.

“My thought was ‘Well, that’s that’s a good idea, but it needs to be interactive, it can’t just be a statue, take a picture, leave. We need people to to stick around,'” he said.

From there, they came up with the idea of having people walk up into its head, which Campbell says has been a successful attribution ever since.

“I’m so happy to see it achieve the status of being able to be marketed. You know, when we first built it, it was something to come and see, something else to do, something to keep the people here longer,” he said.

“I mean, it’s a great success story for the community. And I’m hoping that our downtown core will continue to develop around it.”

Hall says the dinosaurs biggest achievement in the past 20 years has been the Dinosaur Legacy Fund it’s created.

“The primary goal of the statue was to reinvest revenues generated by the dinosaur and the gift shop back into our community to further enhance it with successful financial management and greater than expected revenues,” he said. 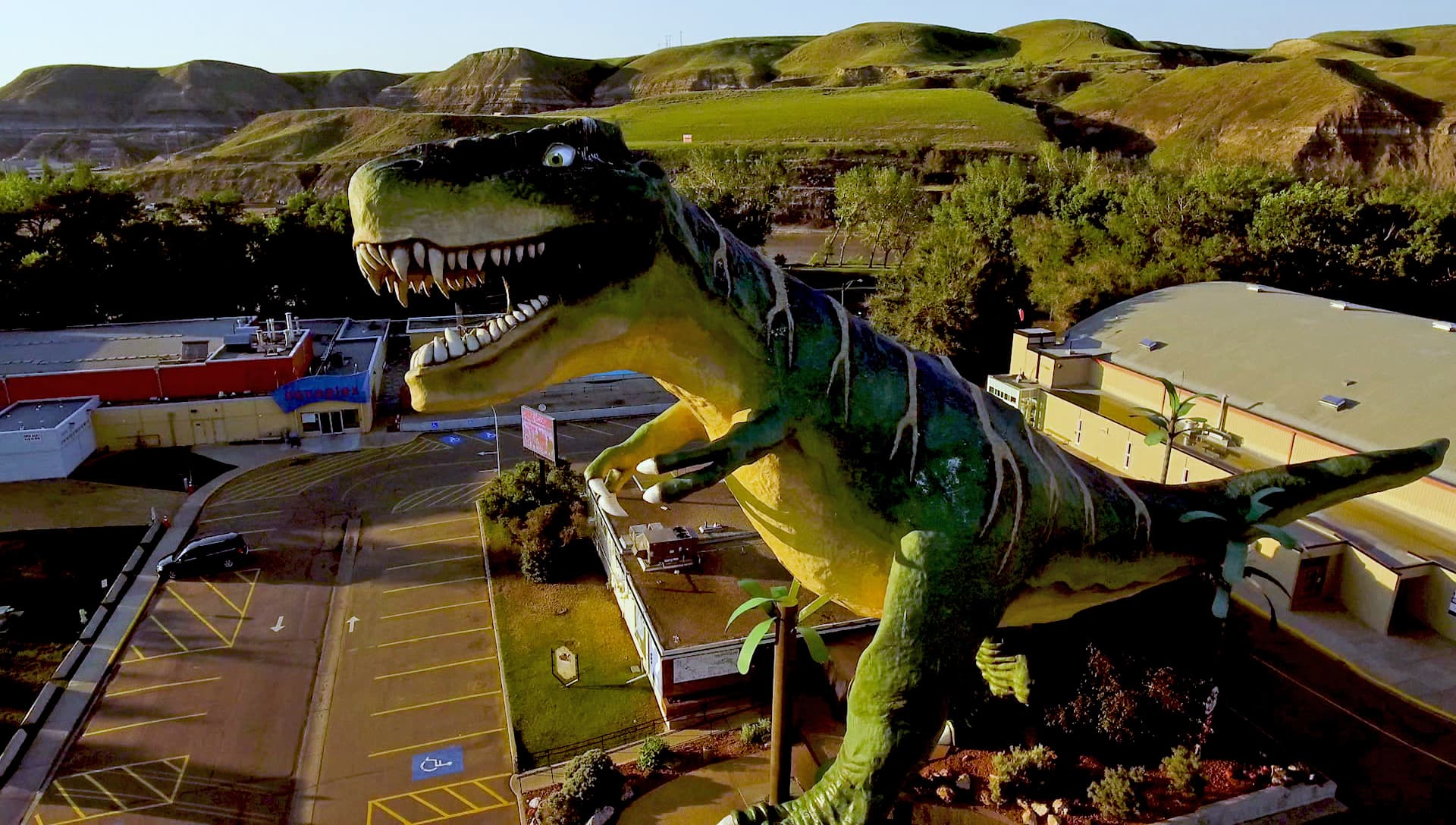 Each month, funds generated go into the pooled system and since 2005, a total of $639,907 has been injected into the community.

“That’s the legacy of this project,” he said.