‘We were all screaming in the street’: how a big prize win brought our community together | Good things happen every day 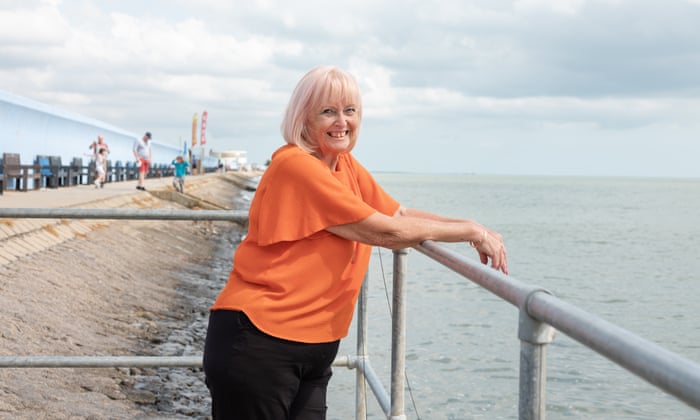 Susan Slater was at work in her hairdressing salon when she received the call, and initially assumed it was a joke. Just two weeks earlier, on 15 July, she and her neighbours in Canvey Island, Essex, had each won £1,000 on People’s Postcode Lottery. Now, she was being told they’d won again.

“They said that our postcode had come out again – only a fortnight after the first time!” says Susan. “I’d told loads of people about winning the £1,000 so I thought it must be someone winding me up.”

She and her husband, Stan, confirmed later that week that their postcode really had scooped up a second prize. And this time, the figure was £30,000 for each household. “I couldn’t believe it,” she says. “It was absolutely amazing. Never in my wildest dreams did I imagine we’d be lucky enough to win that amount, especially so soon after winning the first time.”

For Susan, 74, and Stan, 78, it was a moment of unexpected joy following the most difficult months of their lives. In January, they lost their son, Steve, to Covid-19. Steve, who worked for a builders’ merchant in Canvey Island, was just 52 when he tested positive for the virus on Boxing Day. Two days later, he was taken into hospital, and died the following week, leaving behind his wife, Hayley, and two children.

“It happened so quickly, so it was such a terrible shock,” says Susan. “We all had Covid-19 at the same time – I’m still suffering from long Covid now. After his death, restrictions meant our friends and daughter couldn’t come and put their arms around us, which was incredibly hard.”

Steve didn’t want a traditional funeral, and lockdown would have limited any gathering the family attempted to have. But they always intended to hold a memorial for him at some point so his many friends could raise a glass in his honour. Their windfall meant Susan could ensure the event was as special as possible by contributing some of the prize money.

“As soon as we won, we said: ‘Now we can have a fantastic memorial,’” says Susan. “It was wonderful. It was basically a huge party in our back garden, which we organised with our daughter-in-law Hayley. I hadn’t seen my sister for a year and she came from Nottingham, and my nephew came from Southampton. There were lots of tears, as you can imagine, but there was a lot of laughter too.

“Some of the rawness of the grief has subsided slightly, which means we were able to focus on our happy memories of Steve. Now that the funeral is over I feel like I can finally breathe out for the first time this year.”

Susan and her neighbours are just some of the many recent winners of People’s Postcode Lottery. For a subscription of £10 a month, players are automatically entered into every draw and prizes are announced every day of the month. With a minimum of 33% of the ticket price going to charities, players know they are supporting good causes as well as potentially landing a windfall.

Players of People’s Postcode Lottery have helped raise more than £750m to date for thousands of causes across Britain and internationally.

For Susan’s close-knit community, the win was a chance to celebrate together. “My friend across the road was playing with two tickets, and she got £60,000,” Susan says. “When Stan and I found out about our win in the morning, we were asked not to go out and shout about it yet because we were the first to be told. Then at 2pm in the afternoon my friend’s front door burst open and I heard: ‘We’ve won £60,000!’ We went out and we were all screaming in the street.”

Her friend had lost her daughter in recent years and has been a great support to Susan this year. “She said to me: ‘She and Steve are up there looking after us’, which is a lovely thought. I like the idea that he sent this to us to lift our spirits.”

Susan has five grandchildren and two great-grandchildren and is planning to use some of her winnings to treat her family. “Obviously, they’ll be getting some of it,” she says. She and Stan, who have been married for 55 years, are also hoping to take a special holiday next year. “We’re great travellers and we feel we’ve got one more big trip in us, despite our age. We love going on cruises so maybe we’ll go on a really long one. Planning it will give us something to look forward to after such a hard year.”

Since 2005, People’s Postcode Lottery has raised more than £750m for charities and good causes. To find out more, visit postcodelottery.co.uk

People’s Postcode Lottery manages lotteries on behalf of charities who receive a minimum of 33% from each ticket sale.

A Canadian in Iceland: The country’s first lady on how her adopted home is tackling climate change