Spoiler alert! The following contains details from the Nov. 17 episode of “The Masked Singer,” including the identities of the unmasked celebrities.

Say goodbye to Caterpillar and Mallard.

The “Masked Singer” contestants were eliminated Wednesday during the Group B semifinals, which also saw the heckling of panelist Ken Jeong and the return of the “Take It Off” buzzer, introduced this earlier season.

In last week’s Group A semifinals, Jeong hit the buzzer and incorrectly identified Pepper as singer Sara Bareilles, who eliminated that same episode and revealed to be “Unwritten” singer Natasha Bedingfield.

Host Nick Cannon previously told the panel that if they were “100% certain you know the identity of a singer,” the panelists could hit the buzzer and the celebrity would then have to unmask on the spot and automatically be sent home. As an incentive, the panelist would receive two additional points to help them clinch the Golden Ear trophy,.

Tonight, the buzzer was used yet again — this time Jenny McCarthy was inspired to hit it.

A double elimination on ‘The Masked Singer’!Pepper and Jester’s identities are revealed 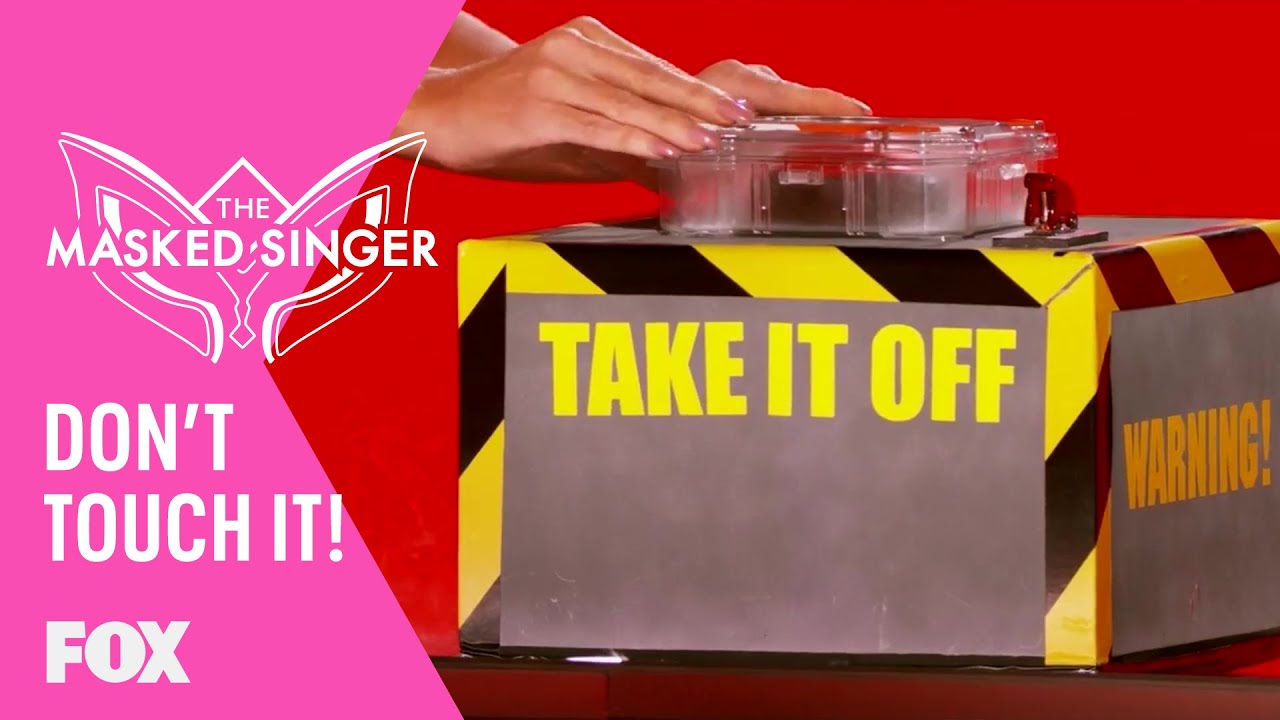 Wednesday night also saw the addition of “Curb Your Enthusiasm” star Cheryl Hines as a guest panelist along with Jeong, McCarthy, Nicole Scherzinger and Robin Thicke.

Hines saw Banana Split in action as they performing Lady Gaga’s “Poker Face” and Mallard get down to “Fly” by Sugar Ray.

Caterpillar showed off velvety pipes with Garth Brooks’ “Friends in Low Places,” which inspired McCarthy to request the “Take It Off” buzzer to the stage.

“OK, I was thinking a big actor, (who) knows how to sing, who would have an Oscar nomination,” McCarthy said, before adding this star has a famous sister. Trigger warning to all Taylor Swift fans: McCarthy guessed Jake Gyllenhaal. But she was wrong.

“I’m so ashamed!” a defeated McCarthy said before Cannon announced the “Take It Off” buzzer would be retired for the remainder of the season.

But McCarthy wasn’t the only embarrassed panelist tonight.

After Queen of Hearts absolutely slayed Patsy Cline’s “She’s Got You,” Jeong began making a case for the multi-talented Kelly Clarkson.

McCarthy shut him down and a vocal woman in the audience shouted, “Sit down”

“You’re telling me to sit down, lady?” Jeong said, making light of the moment. “How dare you? I’ve been in ‘Transformers 3,’ ‘Hangover 3,’ any great movie with the last number 3. How rude!”

So who was eliminated tonight on ‘The Masked Singer’?

Mallard was the first to be sent home during the night’s double-elimination. But before he unmasked, the panel’s first impressions and final guesses were revealed.

Mallard turned out to be “Duck Dynasty” TV personality and patriarch Willie Robertson.

Caterpillar was the second to be cut from the competition. Who lay beneath that costume chrysalis?

But it was Emmy-nominated host of “Queer Eye,” Bobby Berk, was beneath the Caterpillar costume.